In the age of Trump, I find myself asking—not for the first time—whether friendships are so constrained by ideology that the best we can hope for, when it comes to people who disagree with us, is something akin to the battlefield miracle of World War I when French and German soldiers climbed out of their trenches to celebrate Christmas together before returning to their mucky hovels ready to resume killing each other the next day.

To fundamentalists, secular or religious, life is trench warfare. In today’s bitterly polarized political climate, the battle lines are clear. We on the left fear that Donald Trump might be one of the horsemen of the Apocalypse while those on the right view liberals and progressives as carriers of an ideological virus that is destroying America. How can friendships survive across such a yawning gulf? And should they?

The same goes for religion. If you believe that people who disagree with you are the enemies of God and that they knowingly or not are promoting the devil’s agenda, even after you have told them the truth, how can you be friends with them without betraying everything you hold sacred? If you believe that Catholicism is Satan’s synagogue, a position that fundamentalist protestants held on to into the 1930s, how could you possibly be friends with the local priest? Or more to the point, if you believe evolution to be a Satanic science brought in by the devil to subvert everything that is good, how can you be friends with somebody who not only accepts Darwinism but who also defends it?

When “the other” is an actual enemy of everything that is good, fraternization is, of course, not an option. In some cases, friendships across ideological chasms would be collaboration with evil. A German Jew going on vacation to the Baltic coast with Nazi friends in the 1930s would hardly be an example of moral behavior in the face of evil. Nor would it be to your moral credit to hang out with a coven of KKK-sympathizers. We get that. You don’t compromise with evil. The problem with fundamentalism, however, is not that; it is identifying evil with people who disagree with you and your tribe.

The Jews of first century Palestine viewed the Samaritans as heretics, worthy of disdain and exclusion. They believed in the Torah, but nothing else in the Hebrew scriptures, and they had a temple of their own at Mt. Gerizim (just like the Jews of Egypt at Heliopolis.) Were the Samaritans evil? No, they just followed a different religious tradition, and Jesus refused to treat them as enemies. Unlike his countrymen, who bypassed Samaria on their way to Galilee, he passed through Samaria and interacted with the heretics as if they were decent people. It should have been possible for Jews and Samaritans to be friends, but both groups put tribal loyalties ahead of their common values.

The same happened during and after the Reformation. Martin Luther had every reason to rise up against the corruption of the Vatican. The Medici and Borgia popes of his day were appallingly corrupt, both from a secular and religious point of view. There is much to commend in the view of the Catholic historian Joseph Lortz who famously stated that Luther rang down a Catholicism that was not Catholic. The Catholic counter-reformation conceded much of Luther’s critique and objectively speaking, the difference between Protestants and Catholics was largely reduced to theological disagreements over tradition and theology. Both groups were plagued by the same “uglies”—intolerance, torture and homicidal certainties—but their internecine hatred was driven by tribal vilification of the other and not the facts on the ground. Only fundamentalism mandated that Catholics and Protestants see each other as enemies of God, and fortunately, today most Catholics and Protestants agree.

But what about atheists and agnostics? Are friendships across that yawning gulf possible—or even desirable? It is not as if we share the same values. Or do we? The answer I think depends very much on us as individuals. There are people of faith that I would much rather be friends with than some of the people who share my own lack of faith. I’m often appalled at the tribal taunts and buckets of verbal slop that culture warriors on my side of the gulf dispose of online, and I’m sure that some of you on the other side have had similar experiences with your putative friends. To me, constructive values matter more than opinions. An ugly person is not redeemed from his ugliness by holding a tribally approved view of what is right and good, and neither faith nor the lack of faith seems to be the determining factor in the values people hold. History has its villains and heroes on both sides of faith.

Fundamentalism is a form of tribalism, and I think cross-cultural friendships across tribal barriers is entirely illusory, unless you are talking about people of faith reaching out to religiously and philosophically illiterate people for purposes of ‘soul winning.’ It is hard enough to build such friendships even if you are not a tribal warrior, especially when you are dealing with people who have weighed your faith and found it wanting. Most people of faith struggle with some degree of doubt, especially if they subscribe to absolute certainties, and it entirely understandable why they would be reluctant to socialize with people who could only accentuate their doubts. Conversely, you have people on my side who argue, with Richard Dawkins, that friendships with people of faith blunt their own “witness” by a natural tendency to hold back your harsher judgments for fear of hurting people’s feelings. Dawkins, as he explains in his book The Greatest Show on Earth used to share the stage with progressive liberals of faith such as the Archbishop of Canterbury, but he concluded that ideology trumps friendship and that respect for people who disagree with you ends up muddling your own point of view.

But what about our national nightmare, our political divide, which separates us from each other on both religious and secular grounds? Can you be friends in spite of the rhetorical venom in which the arrowheads of every argument seem to be dipped these days? I always hark back to what an Australian radio personality pointed out at a skeptics conference I attended at the University of Buffalo, NY, in 1996. Most people are better than their ideology, he said. Many of the people who called in to his radio show would espouse extreme views that were no more than trial balloons and backed up by very soft convictions. His worry was that if you took them at face value and demonized them for their views, they would forever become wedded to views that started out as rather tentative in nature. When I watched the December 12, 2016 town hall meeting that Chris Hayes and Bernie Sanders put on in Kenosha, Wisconsin with Trump voters, I saw this play out. At the end of the day, there were probably still some unresolved ideological issues left to chew over, but when shown respect, it was simply heartwarming to see how moderate these Trump voters were. It is still a mystery to me how they could vote for somebody like Trump, but that aside, there were still many common values to celebrate in that room.

It gave me hope for the future. Our enemy is tribalism, so easily exploited by demagogues, and not our differences of opinion, even on the most contentious of issues. 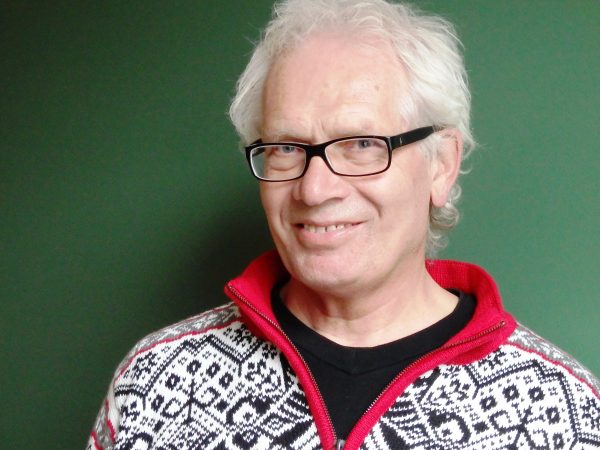