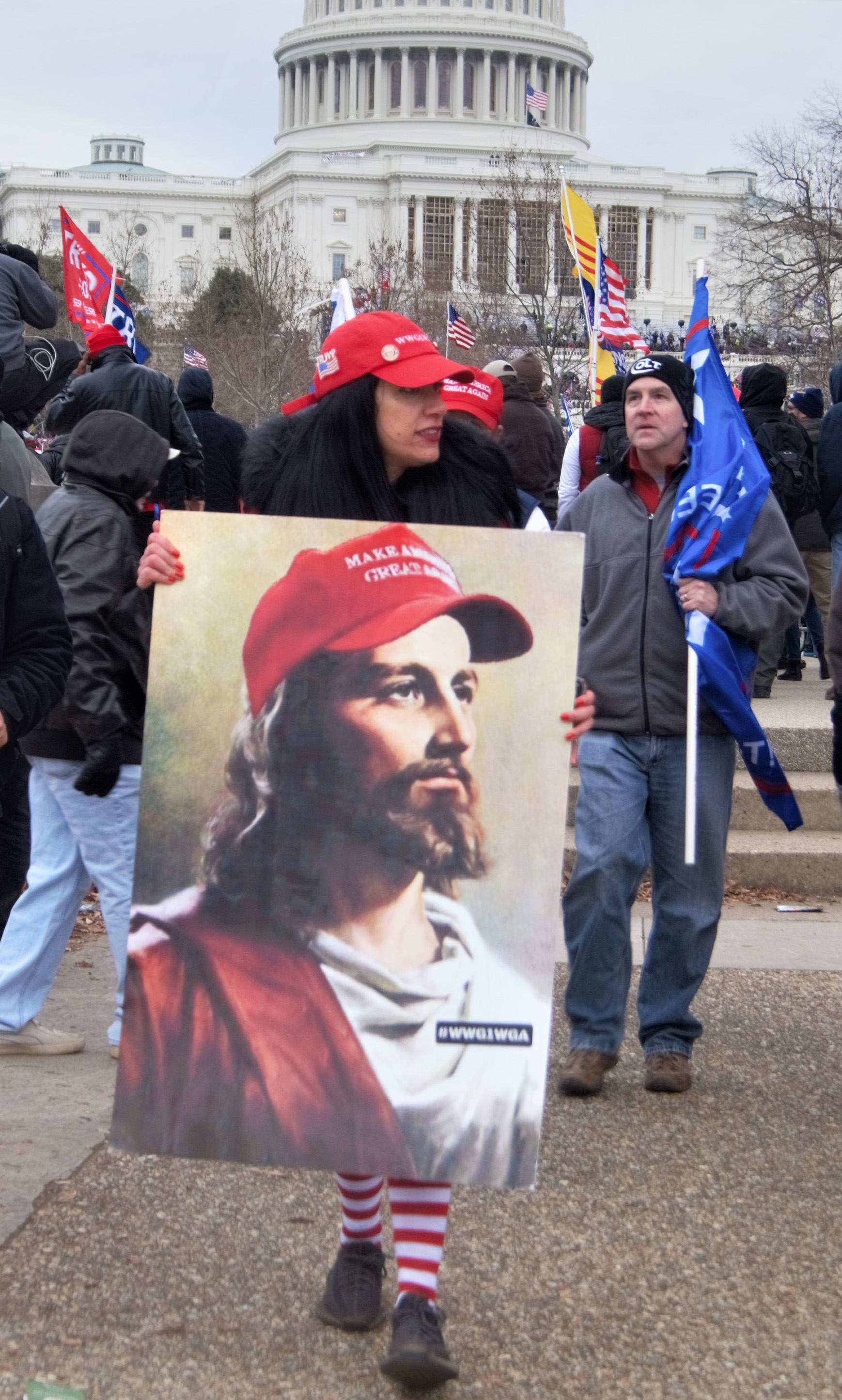 25 February 2021 | A February 11 HuffPost article titled ‘I Miss My Mom’: Children Of QAnon Believers Are Desperately Trying To Deradicalize Their Own Parents, featured an Adventist believer in the conspiracy-driven right-wing movement and her family.

The Adventist woman’s daughter, identified as a 42-year-old Colorado woman called Kat, spoke to HuffPost. She said both her mother and sister were QAnon adherents but that the radicalization of a parent was especially jarring.

The report said Kat was “raised in an ‘extremely conservative’ Seventh-day Adventist household, one in which Rush Limbaugh’s talk-radio show played daily and where she was home-schooled until age 14. Her mom grew even more religious after marrying Kat’s stepdad, a militant gun fanatic who got her listening to Alex Jones and other big-time conspiracy cranks.”

Kat said the first sign her Adventist mother was radicalized was a large “Q” sticker on her phone.

This roughly coincided with her mother “making unfounded allegations about certain Democrats being pedophiles.”

Kat said her mother’s belief in QAnon felt very familiar, as she had grown up in such an Adventist household.

“QAnon draws its adherents into an imagined battle of good versus evil that is prophesied to culminate in an apocalyptic reckoning. In its mission to prevail over a satanic cabal of liberal elites, it promotes themes of Christian nationalism, including patriotism and the preservation of traditional American values,” said the HuffPost article.

It added that “QAnon believers also spend a great deal of time poring over Q’s cryptic 8kun posts, or ‘Q Drops,’ which are often steeped in Scripture, like sacred texts bearing hidden truths. And above all, QAnon demands unwavering faith in a higher power.”

Kat felt worried that her mother’s faith in Donald Trump (a savior figure in QAnon) was similar to her faith in God.

“Both her mother and sister were steadfastly convinced that Trump would thwart Biden’s inauguration, and are now praying for another miracle,” said HuffPo.

“I feel like they’re waiting for their God to come save them,” said Kat.