How Politics Is Destroying Adventism, and Maybe All of Christianity 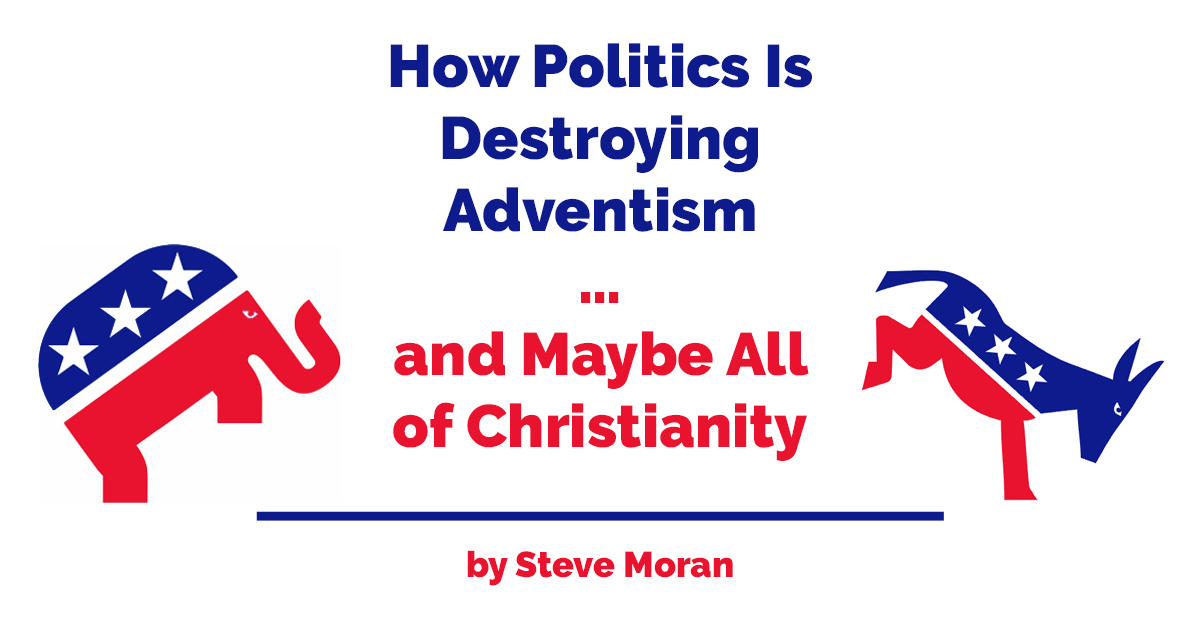 I believe most of my passionately liberal Joe Biden/Kamala Harris-supporting Adventist friends have carefully thought-out reasons for supporting liberal candidates, perhaps even for believing God is on the side of their candidate.

I believe that most of my passionately conservative Donald Trump/Mike Pence-supporting Adventist friends have carefully thought-out reasons for supporting conservative candidates, perhaps even for believing God is on the side of their candidate.

Morality and The Current Political Climate

Right now, today, both sides in the American political contest either explicitly support positions that are blatantly and obviously in opposition to what Jesus taught. The list on both sides is long. Here is just one example: Liberals say they support religious freedom but then they want to crush religious practices they deem to be immoral. Conservatives say they support religious freedom but are pleased to insert God into inappropriate places.

The current truth is that both sides have come to feel like they are in mortal combat for the soul of the nation, and because they see the stakes as being so high, that they are willing to set aside their Christianity and support certain things that are contrary to the cause of Jesus.

They are contrary to this:

But to you who are listening I say: Love your enemies, do good to those who hate you, bless those who curse you, pray for those who mistreat you (Luke 6:27,28).

Bless those who persecute you; bless and do not curse them (Romans 12:14).
Love is patient and kind; love does not envy or boast; it is not arrogant or rude. It does not insist on its own way; it is not irritable or resentful… (1 Corinthians 13:4,5).

I am completely baffled by the Facebook posts and comments I see, not just from people who say they are followers of Jesus, but even from pastors and thought leaders. Some of these people are spending what must be hours a day feeding their hate for the other side. Some appear to be reading every nasty, unchristian thing they can, then posting as many as 10 to 20 articles in a single day.

I have been unfriended by many Christians, including people who were at one time close friends, not because of my political leanings—which I tend not to talk about—but rather because I questioned the morality of their disdain for one side or the other. I might have some sympathy for these mean, hateful, hurtful posts if I saw any evidence that this social media activity either made the world a better place, or changed people’s minds, or brought them closer to Christ.

But we all know none of that is happening. All these posts do is harden people’s positions and create distrust. They are destroying relationships.

Ultimately each of these posts is an incredible act of arrogance, where the one posting or commenting is saying “I am better than you, smarter than you, more moral than you!”

I beg you to tell me how this is Christlike.

It is impossible to find a place in the Bible where Jesus or any of the disciples stoop to talking about politics. It is telling that Jesus was remarkably respectful to those leaders who successfully used politics to have him nailed to the cross. It is hard to believe that anyone would think our current slate of politicians on either side is as evil as the men who campaigned against and killed Jesus who, hanging on the cross, still did not condemn them but rather cried out “Father, forgive them….”

Jesus and the Pharisees

A number of people have suggested that when they are critical of political leaders they are just being like Jesus when he castigated the Pharisees. This is wrong on at least four fronts:

So what do we do? What is Christian?

We really have only three options.

Herein lies the problem. I am just not seeing anyone who seems to be able to do this, which ultimately suggests that keeping your social media mouth shut is what Jesus would do.

Perhaps, though, the single biggest tragedy is this: as Christians, as Adventists, we should be handling this political firestorm with a unique, Holy Spirit-infused kind of peace and assurance, where those who don’t know Jesus look at us with wonder, thinking “I wish I were handling the crisis that well!” It would be such a powerful door-opener to tell others about Jesus. Instead, we are being a part of the stink—sometimes even stinking more than those who do not claim an allegiance to Jesus. 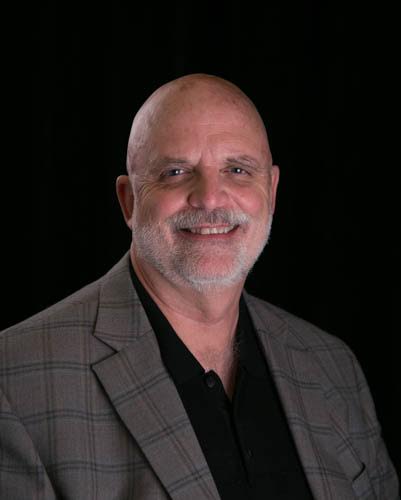 Steve Moran is the publisher of Senior Living Foresight, a web-based publication for senior living leaders. He lives in the Sacramento, California, area, where he attends the Carmichael Seventh-day Adventist church and teaches the best Junior Sabbath School students in the whole wide world.