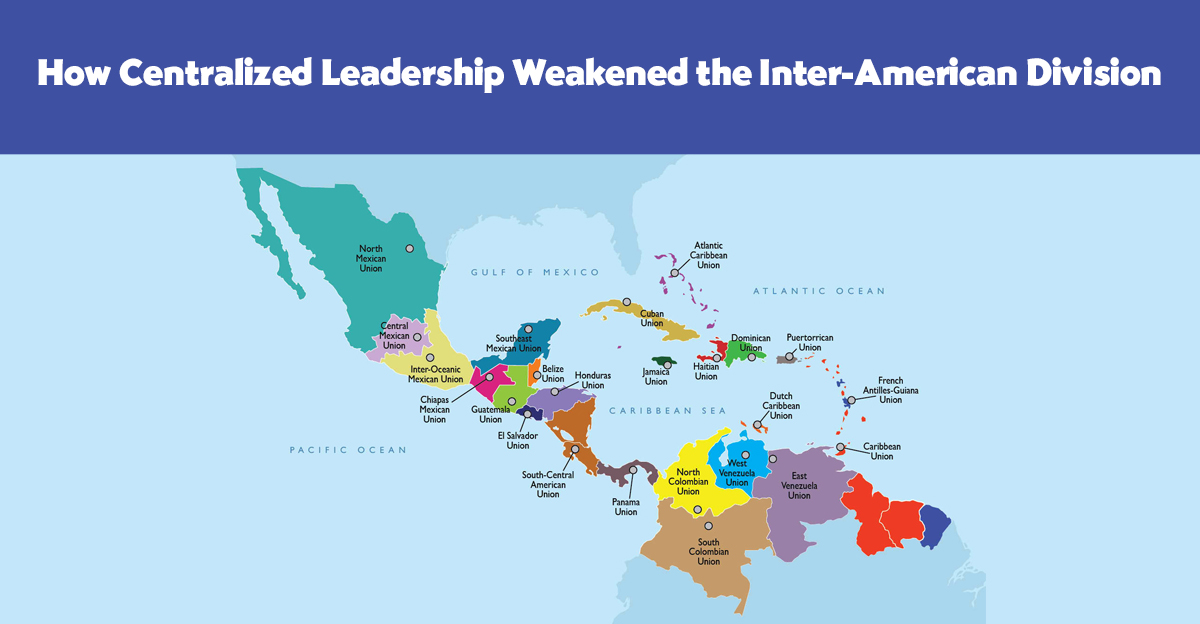 The financial situation of the Inter-American Division (IAD) is being challenged by the economic crisis caused by the COVID-19 pandemic. While part of the problem is how this health emergency has impacted the world economy, it is also revealing other weaknesses of the denominational model. The main one is a centralized leadership structure that has lasted for a quarter of a century. The weakness and poor functioning of entities dependent on the division, and the lack of their ability to be self-financing, accentuate the financial crisis, and need urgently to be modified.

Challenges in the Territory

According to a letter sent by Filiberto Verduzco,[1] the treasurer of the Inter-American Division during the 2019 Annual Council, and first reported here, there are a number of challenges to the finances of the IAD for the five-year period of 2020-2025.

Of course, the financial recovery will depend on the “behavior of the global economy” and how it impacts the operations of the church, said Verduzco. In addition, with the new tax regulations in each country, an impact is foreseen on “the processes of transfers of funds … to higher organizations.” The headquarters of the Inter-American Division is in the United States, and the corresponding percentages of the dependent entities must be converted to dollars. This represents a significant decrease in the liquidity of the entities.

Another factor is “instability within the countries of the territory of the Division [Mexico, Central America, Colombia, Venezuela, the islands of the Caribbean, Guyana, French Guiana and Suriname].” Inflation and currency devaluation are illustrated in countries with political crises like Venezuela’s. While in 2009 the Unión Misión Venezolana Antillana reported tithes and offerings of of US$12,735,289,[2] for 2019 the total only came to US$593,285.[3]

Despite this, Venezuela was divided into two union missions in 2008, and this “new” field was recognized in 2010 by the General Conference. Currently, an attempt is being made to create a third union mission—though without a budget and with a moribund financial capacity, this new field will further diminish the already weakened economy of all local fields.

“The consolidation of the financial system in the territory of the Division will be a priority since the entities are required to be self-financing, and a financial evaluation system for the entities is necessary,” Verduzco said in his letter.

Most of the IAD entities are not self-financing, since they have been dependent and lack autonomy. This is because union mission status allows the centralization of power in the division leadership. While the administrators of union conferences are appointed by the constituencies of their conferences, this is not the case with union missions, whose leaders are appointed by the division. Some appointed presidents of these union missions in the IAD have been in their jobs at least 18 years, which leads to a lack of vision and an outdated mission.

It is this power over the field that allowed leaders like Israel Leito to suppress representativeness, and extend his own leadership of the IAD for 24 years. When Leito came to power in 1995 the IAD had 12 Unions and seven of these had the rank of union conference, which represented 60% autonomy and financial stability.[4] Today it has 24 fields, and only 11 have the status of union conferences, while the rest are union missions. Only 45% of these entities are by policy self-financing. Of the local conferences and missions, 63% have financial stability.[5]

Verduzco acknowledges in his letter that the challenges in the finances of the IAD are the “local fields with strong financial weaknesses that affect the fulfillment of the mission in their territories.”

To have more more union missions than union conferences is a strategy to centralize power and provide governance stability. But at the financial level it is a potential disaster. When there are crises such as COVID-19 these many artificial levels of governance, dependent upon the division, threaten to destroy financial stability.

The IAD will increase “internal controls” to regulate financial operations, Verduzco said. He also urged 100% auditing of all IAD entities, including local churches. In addition he wants to keep afloat the Employee Benefits Plan (EBP) so that it continues to be strong in the territory. Writes Verduzco:

Financial emergencies and fluctuations in the economic behavior of our countries have become cycles that affect the life of the church and the protection of employees and the fulfillment of the mission. Over the next few months, we will enter a period of testing this new model in each entity in our territory.

Another problem is that the IAD headquarters is, oddly, located in Miami, not within its own territory. Income from much poorer Latin American and Caribbean countries supports the administrators of the IAD, who live a North American life. The salary of an IAD administrator, plus associated benefits (per diem, housing, mileage, health insurance, educational subsidy and retirement) is based on the costs in the United States, which are far above those in most of the IAD territory. Add to that the taxes, services, and maintenance of the building of the IAD headquarters in Miami, and you have a situation that is spending more ministry money on administration than it should.

For decades, the North American Division (NAD) has remitted a greater portion of tithe to keep the General Conference (GC) alive than the other divisions did. Last year, under pressure from NAD leadership, it was decided that these tithe percentages would gradually be adjusted to parity across the divisions of the church over the next decade. Writes Verduzco, “The sending of new tithe percentages [of an additional 3%] to the General Conference over the next 10 years, beginning in 2021” means “operating the Division under a new situation that is more in line with reality.”

The IAD will also launch the ECCLESIA7 project, a digital tool that “guides the process of remittances, both from the accounting perspective, starting from the local church, passing through the local field, the Union and the Division, taking into account audits of local churches and small entities.” A digital platform that allows members to send their tithes and offerings online is also being considered.

Growth is a priority in Verduzco’s letter: “2020 should go better for us in growing churches,” he said.

For decades, the denomination boasted of rapid growth in Latin America. Church leaders drew up ambitious and frankly unrealistic growth plans, with goals of one million baptisms per year. The result was, ironically, a weakening of local churches by wearing out and discouraging pastors in order to reach the required numbers, leading to an undermining of growth.

IAD statistical reports have shown significant declines. According to the Archives, Statistics and Research office of the General Conference; the last report of the IAD of the first period 2018,[6] registered 236,067 accessions, which includes baptisms, profession of faith and transfers from other territories. But this is offset by a total loss of 286,059, which includes desertion, disappeared, deaths, and transfers to other territories. This translates a 49,992 loss, which represents a growth rate of -1.32%.

The loss and low retention of members impacts the economy of the organization. According to the last financial report, the IAD collected a total of tithes and offerings of US$308,341,418.[7]

The current financial situation of the Inter-American Division, exacerbated now by the COVID-19 crisis, demonstrates the danger of a centralized leadership structure that dominates the church and suppresses representation. While it may at first glance seem to provide a stable governance structure, it ends up being dangerous for the church by leaving the same people in positions of power for decades, while creating entities that cannot sustain themselves. The IAD church needs to grow, but it must be true, sustainable growth, not manipulated growth. It is possible that this economic crisis could make the current IAD administration improve how it governs the church.

Daniel A. Mora writes from Argentina. 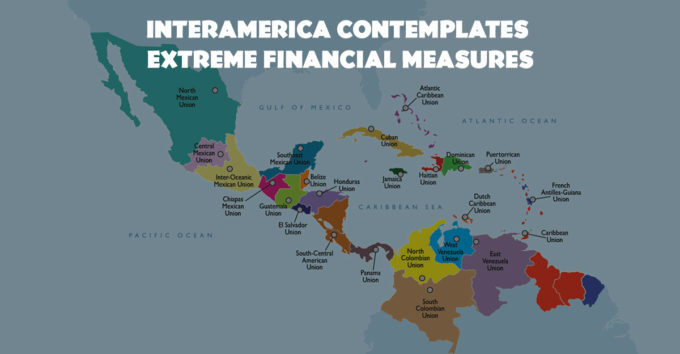