Can the Church Avoid Obsolescence? 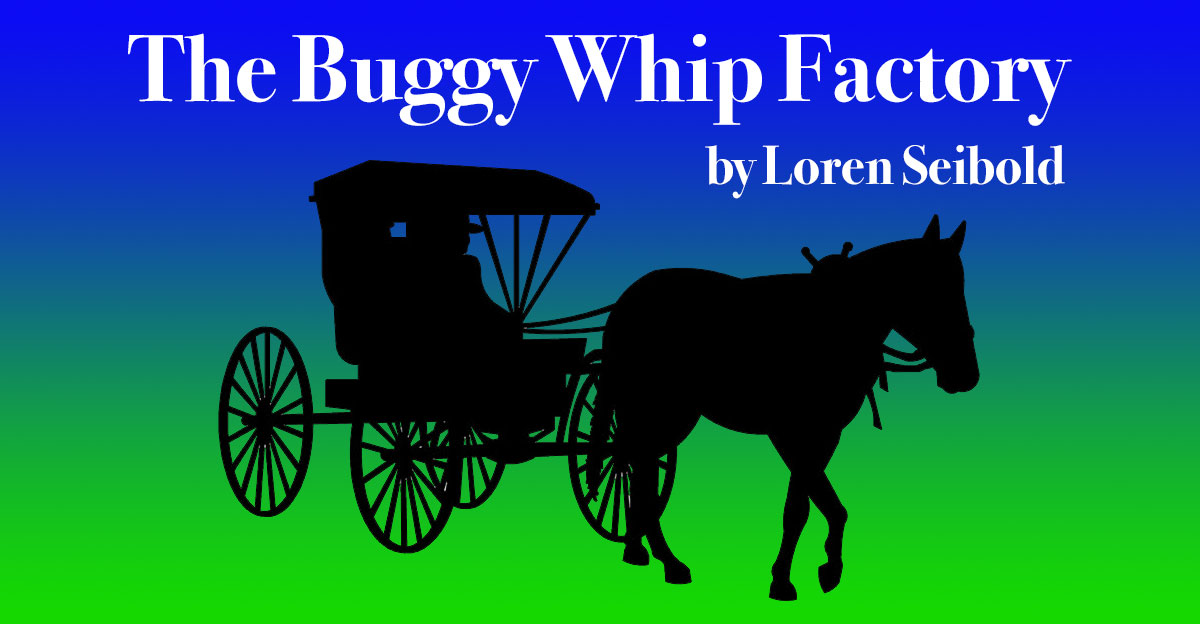 Around the turn of the 20th century entire industries were poised to disappear. They just didn’t know it yet.

After the introduction of reasonably reliable and affordable automobiles, most industries that relied on horse transportation began to suffer: harness makers, wheelwrights, wood crafters, traditional blacksmiths, brass workers, carriage builders, horse breeders, even those who raised oats and alfalfa for horses—all fell on hard times.

In the 1960s Theodore Levitt of the Harvard Business School[1] used the buggy whip as the symbol of that decline. Because rural roads were unimproved, farmers continued using wagons and horses for a while longer, and some still rode horseback for ranch work or recreation. But buggies were precisely the product that the horseless carriage was designed to replace. And it did. Of the roughly 13,000 businesses in the carriage industry in 1890, most were gone within a few decades.

I fear that the Christian church as it’s traditionally conceived is a buggy whip factory that, because of rapid cultural evolution, is losing its reason for being.

We should have seen it coming. If we’d taken the European experience seriously, it would have alerted us that Christianity as it’s practiced now has begun to decline. In many countries of western Europe fewer than 10% go to church regularly, nor do most even see church as something to identify with. Tens of thousands of church buildings across Europe are becoming bars, restaurants and boutiques.

America thought it was immune to the decline of Christianity. Innovation served us well at first: groups like the Vineyard brought rock music into church, let their pastors wear jeans and sneakers and use slang, and encouraged people to let go and be emotional.

But maybe it takes more than rock beats and waving hands to make a church successful. So what’s happening to religion in America?

For one thing, evangelicalism has been busily injecting itself with a fatal dose of right-wing politics. Young people, having already dismissed the old mainline and liturgical churches as incomprehensible, are equally unimpressed by the conservative churches’ preaching of capitalism, their incipient racism, and rejection of LGBT+ people.

Too many of the famous preachers didn’t practice what they preached. Some are great performers who in private proved to be entitled and greedy horndogs. The prosperity gospel only brings prosperity to the preachers who preach it. Some of the megachurches have turned out to be speculative bubbles. As large and rich as they looked, the loss of a single charismatic leader was often enough to empty a sanctuary. Case in point: Southern California’s Crystal Cathedral.

We Seventh-day Adventists built our faith around two ideas that aren’t wearing terribly well either.

The first was that a very specific and terrifying end-time scenario would herald the second coming of Christ, focused entirely on us for worshiping on Saturday. That hasn’t happened, but we can’t stop fearing it. Meanwhile we have had little to say about the wars, genocides, cultural changes and natural catastrophes that have happened in the last century and three quarters.

The other was the notion that ours was the only true church, in the service of which we grew the most top-heavy structure in Christendom: a system in which pastors try to get out of pulpits and into offices, and congregations are looked down upon as mere feeders for the institution.

But local congregations are dying. Here in North American, the evangelism that built our denomination half-a-century ago simply doesn’t work anymore—but we don’t seem to have any new ideas. Four out of five North American Adventist congregations have fewer than 100 people in worship, and a good number of those fewer than 50. They will not last. Congregations will close.The money will dry up. Offices will follow, though reluctantly and not until much good money is thrown after bad.

Church leaders don’t seem to know that yet. They think that when Covid-19 is over, everything will go back to normal. What they fail to see is that it wasn’t trending toward “normal” before Covid-19, and it is unlikely to afterwards. Meanwhile they are, to paraphrase what Jesus said about those before Noah’s time, running promotions, collecting money, hiring and being hired—as though as long as we have active offices, the church is healthy.

What could have happened

Theodore Leavitt’s analysis of the carriage industry has been challenged. Another analysis by Thomas A. Kinney, an assistant professor of history at Bluefield College in Virginia, shows that some in the horse transportation industry managed not only to survive the coming of the automobile, but thrive in it.[2]

Leather was still useful for automobiles: for upholstery, belts and bearing seals. Carriage making and blacksmithing could evolve into auto-body construction. Those few who recognized that survived. “The people who made the most successful transition were not the carriage makers, but the carriage parts makers,” says Kinney. Some, like Timken Bearings and Studebaker, grew into major companies.

Those companies that insisted that automobiles were a passing fad and they would just keep on braiding buggy whips until people started buying them again, eventually locked their doors.

The Seventh-day Adventist Church has some wonderful “parts” and skills for a fresh Christianity. Some we’ve recognized, such as our health message and medical work. Others, like the Sabbath, we’ve defined so tightly in eschatological and behavioral terms that we’ve missed the much bigger blessing it could be to the world. (Interestingly, other Christians did see it: several best-selling books have been written about the spiritual blessing of the Sabbath, not one of them by a Seventh-day Adventist.)

Through the years I’ve seen attempts to update the Adventist Church—theologically, culturally and structurally—for a new era. They have been almost universally rejected. Leaders don’t seem able to anticipate needed changes. Where big changes have happened—such as when some academies and at least one North American Division college closed—it is always at the end of a crisis, never in anticipation of one.

Right now we’re still operating an unnecessarily large denominational bureaucracy. We’ve admitted it’s unsustainable, yet we keep growing it—note the expansion of the new North American Division office in Columbia, Maryland. Congregations, with the exception of those near institutions, are on life support. Even overseas, where we long bragged we were growing, the church is suffering: the church in India dropped half a million inactive or unknown members in one action, and experts say they should probably drop more.

Theologically our leaders keep pounding down on us a set of old, ineffective teachings, and have even added to our stuckness by refusing to make the church inclusive of women and instead substituting “headship theology”—a teaching that wasn’t held by our founders.

As with many cultural changes, it’s not often evolution or intentional change that wins out, but the old ways dying and new, unanticipated movements taking over. For example, since Covid-19, we Adventists have worshiped on line, and I suspect a lot of people will never return to their dying congregations. I see little sign that church leaders understand that yet.

Beyond horse and buggy

Could our horse-and-buggy church be turned around? Perhaps. But many Seventh-day Adventists, and nearly all of our leaders, insist that there’s going to be a big market for our buggy whips if we just wait long enough. We should just keep braiding buggy whips until the world realizes it needs them. But what if it never does?

When I retired, I transferred my membership to the Glendale City Church (GCC) in Southern California (even though I don’t live there), for the following reason: it was among the first to anticipate that the church is for everyone—even people many Adventists disapprove of. GCC’s philosophy has not gone unchallenged, of course, as its pastors and lay leaders would tell you.

If GCC should survive when tens of thousands of other churches don’t, what will have made the difference? Member inclusiveness? Great music? Warm relationships? A gospel and justice focus? Thoughtful preaching? Conscientious pastoral care? Money in the bank? A beautiful antique building in the heart of a major Los Angeles suburb?

I’m not sure. I know that whatever the ingredient that makes Christian churches thrive, most of Europe missed it. Maybe there’s nothing we can do to buck cultural change.

But at the very least, could we think carefully about what the Seventh-day Adventist Church is offering to the world, and be sure it’s more useful than buggy whips?

Loren Seibold is the Executive Editor of Adventist Today. This article was originally printed in Intersections, the parish magazine of the Glendale City Church in Glendale, California.