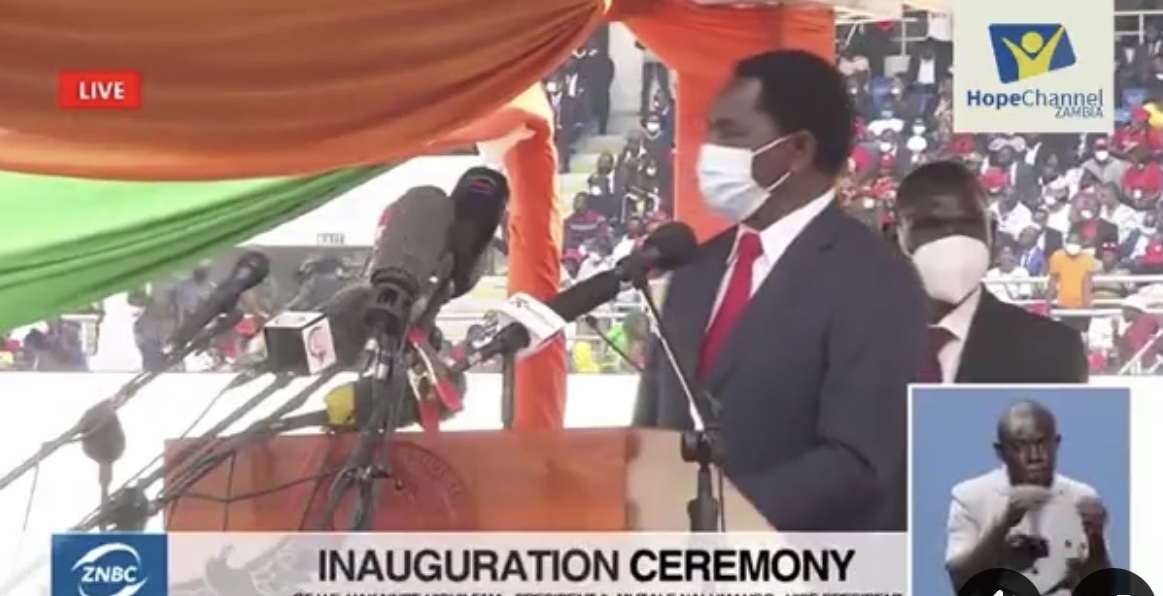 Hichilema, a prominent Seventh-day Adventist in the country, was declared president-elect on August 12, 2021. This was his sixth run for the presidency.

Reuters referred to the win as a “stunning landslide victory” for Hichilema, known locally as HH.

In his inauguration speech, Hichilema said his government would ensure Zambians could have three decent meals a day.

“No Zambian should go to bed hungry,” said Hichilema, adding that he would focus on reviving the economy and creating jobs for unemployed young people.

According to the BBC, Hichilema “has described himself as an ordinary ‘cattle boy,’ who herded his family’s livestock in his youth before going on to become one of Zambia’s richest men.”

The Adventist politician made his fortune in finance, property, ranching, healthcare and tourism, according to the BBC.

Hichilema faces an uphill battle due to the difficult situation the country is in.

Reuters says Zambia is “in dire financial straights, and it became the continent’s first pandemic-era sovereign default in November after failing to keep up with its international debt payments.”

“Last year he released a video entitled ‘The tale of two professionals…,’ which presented Mr Hichilema as a shrewd and responsible businessman, and Mr Lungu as someone who spent all his money in bars and nightclubs. ‘Which of these two is smarter?’ the video asked.”

Hichilema has survived being arrested 15 times since getting into politics.

“In 2016, he was charged with treason for allegedly failing to give way to the presidential motorcade. He spent four months in a maximum-security jail before the charges were dropped,” reports the BBC.

So far Hichilema has been gracious in his comments toward his predecessor.

“Don’t worry, you’ll be OK; you won’t face retribution or get teargassed,” said Hichilema in his acceptance speech.

The BBC reports that the Adventist “was often attacked in what he said were attempts to silence and intimidate him as an opposition leader.”

The Adventist Review reports that Hichilema and his wife, Mutinta Shepande Hichilema, are baptized members of Chilanga Mission District in the Lusaka Conference of the denomination.

“Both were invested as Master Guides in the youth ministry of the Adventist Church in December 2020 by Southern Zambia Union Conference youth director Webster Silungwe after undergoing lessons for one year,” stated the Review.