Home Is Where His Heart Is: Ukrainian Adventist Crowdfunding for Family Members Affected by Invasion 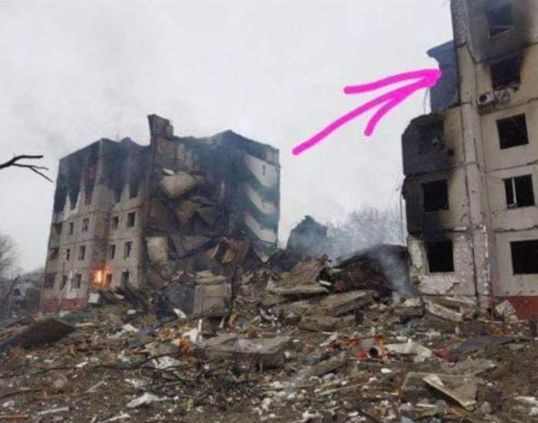 15 March 2022 | The events unfolding in Ukraine have drawn the attention of people all over the world. But for some, the news hits close to home.

Vitaliy Yavtukhovskyi is a fourth-generation Adventist who was born in Crimea, Ukraine, back when it was still part of the Soviet Union.

“Ukraine and Russia existed together side by side like brothers for centuries and they are so interconnected physically, culturally, economically, historically. I never in my worst dreams could have imagined that one would attack another,” said Yavtukhovskyi in an email interview with Adventist Today.

He currently lives in England and is a member of Newbold Church, but still has dozens of relatives living in Ukraine. He said he feels incredibly lucky to be away from the immediate danger, and to be living in a country where he feels safe and can express his opinions freely.

“But I also feel desperately sad that I have to watch things happen from afar,” Yavtukhovskyi said. “I try to do the best I can from here and support my friends and relatives, both morally and any other way I can.”

One of the ways he’s trying to help is through crowdfunding. According to his JustGiving page, he’s raising £10,000 ($13,000 USD) to help his family and friends “survive, escape and rebuild.”

“I promised them that I’ll do my absolute best to get them to safety as soon as they cross the border and give them every possible financial assistance to survive and restore their lives,” Yavtukhovskyi wrote on his JustGiving page.

The funds also will be used to support people in Ukraine that provide humanitarian aid. These people move others to safer areas, arrange for shelter and food, and provide medicine and care to the sick and wounded, said Yavtukhovskyi.

The page is full of updates but few names. Yavtukhovskyi said that social media platforms are being monitored and his relatives are afraid of the possible repercussions.

On March 3, 2022, his cousin told him that Kyiv was under heavy attack by Soviet truck-mounted multiple rocket launchers, called Grad missiles. An update later that day showed the destroyed apartment of family friends.

Although the family had managed to escape to Poland safely, “the home they left behind is gone; [there’s] nothing to come back to,” lamented Yavtukhovskyi.

Other relatives include a family of three, a mother and father in their mid-30s with a 6-year-old daughter. On March 4, 2022, the family decided to flee to Poland. The mother has multiple sclerosis, and the father could not cross the border, as men under the age of 60 are banned from leaving the country. On March 7, 2022, the mother and daughter made it to Berlin, Germany, to stay with friends of friends.

Yavtukhovskyi has another relative whose parents and grandparents live on the outskirts of Kyiv, where the fighting is heaviest. Yavtukhovsky reported that they were “absolutely shocked by the destruction of people’s houses and flats and the mindless violence and killings around them.”

The grandparents, who had lived through World War II, said they hadn’t seen such horrors—even in the 1940s.

Yavtukhovskyi said the funds also will support a small team that is using their van to drive people out of hotspots around Kyiv to safety elsewhere. The team delivers food, medicine and other needed supplies as well. Donations will go towards helping them pay for fuel and other costs to keep the effort going.

“I despair about what is still to come. My hope is for this war not to become something much bigger and more horrible on a global scale,” said Yavtukhovskyi. “I’m hoping that this crisis will bring people together in their support for the innocent.”

(Photo: A purple arrow points to the location of an apartment that was destroyed during a Russian attack on Kyiv, Ukraine. The apartment belonged to family friends of Vitaliy Yavtukhovskyi, an Adventist from Ukraine. Fortunately, the family had already escaped to Poland before the bombing. Photo via Vitaliy Yavtukhovskyi’s JustGiving crowdfunding page.)