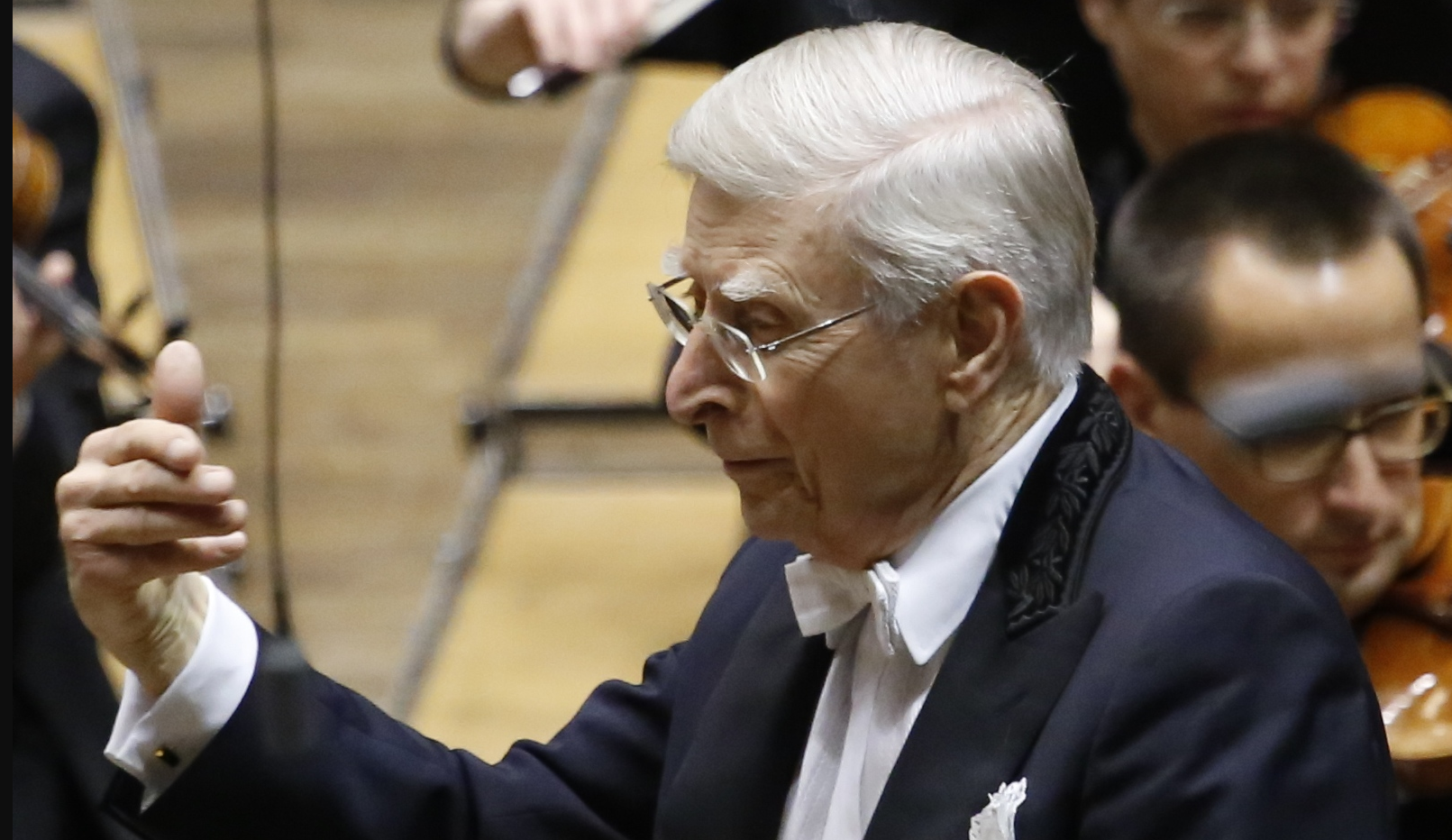 March 5, 2017:    American-born Swedish maestro and Adventist icon Herbert Blomstedt is 90 years old and will conduct more than 90 concerts this year with the best orchestras in the world.

This year his conducting includes tours of Europe and Asia with the Leipzig Gewandhaus Orchestra and other performances with other world-class orchestras.

The article notes that Blomstedt did not even let a recent fall slow him down. He conducted the Philadelphia Orchestra from a chair for a rehearsal of Brahms’s Third Symphony.

In his interview with the New York Times, Blomstedt rejected the idea that his health habits or Sabbath-keeping were what kept him active this late in life.

Instead, he attributed his energetic professional life to the love of music, something he said was a gift.

“Some journalists want me, of course, to say it’s because I never smoked, or because I’m a vegetarian, or because I keep the Sabbath. But that’s not the reason. It’s a gift. I cannot say, ‘Look at me, be like me, you will be in good health.’ It’s not like that. Some people who lived long and active lives lived a not-very-clever life. Churchill drank lots of whiskey and smoked enormous big cigars, and he lived to be 90 or so.”

Pressed to talk about his custom of keeping the Saturday Sabbath, Blomstedt explained that while he will not conduct practices on Sabbath, he does perform with orchestras on Sabbath.

“I thought of my father: He prepared his sermon very contentedly during the week; Friday at sundown he closed his books and joined the family; but on the Sabbath he held the sermon. I love to rehearse, to work with the orchestra. But on the Sabbath, we don’t study anymore — we just play what we have learned together. And that is a blessing for us all.”

Blomstedt was born in Springfield, Massachusetts, but moved to Sweden with his parents at the age of two as his parents returned to their homeland.

He studied at the Stockholm Royal College of Music and the University of Uppsala. He is best known for conducting well-known orchestras in performances of German and Austrian composers, such as Beethoven, Felix Mendelssohn, Johannes Brahms, Franz Schubert, Anton Bruckner and Richard Strauss.

Image is a Creative Commons file by Alexander Böhm