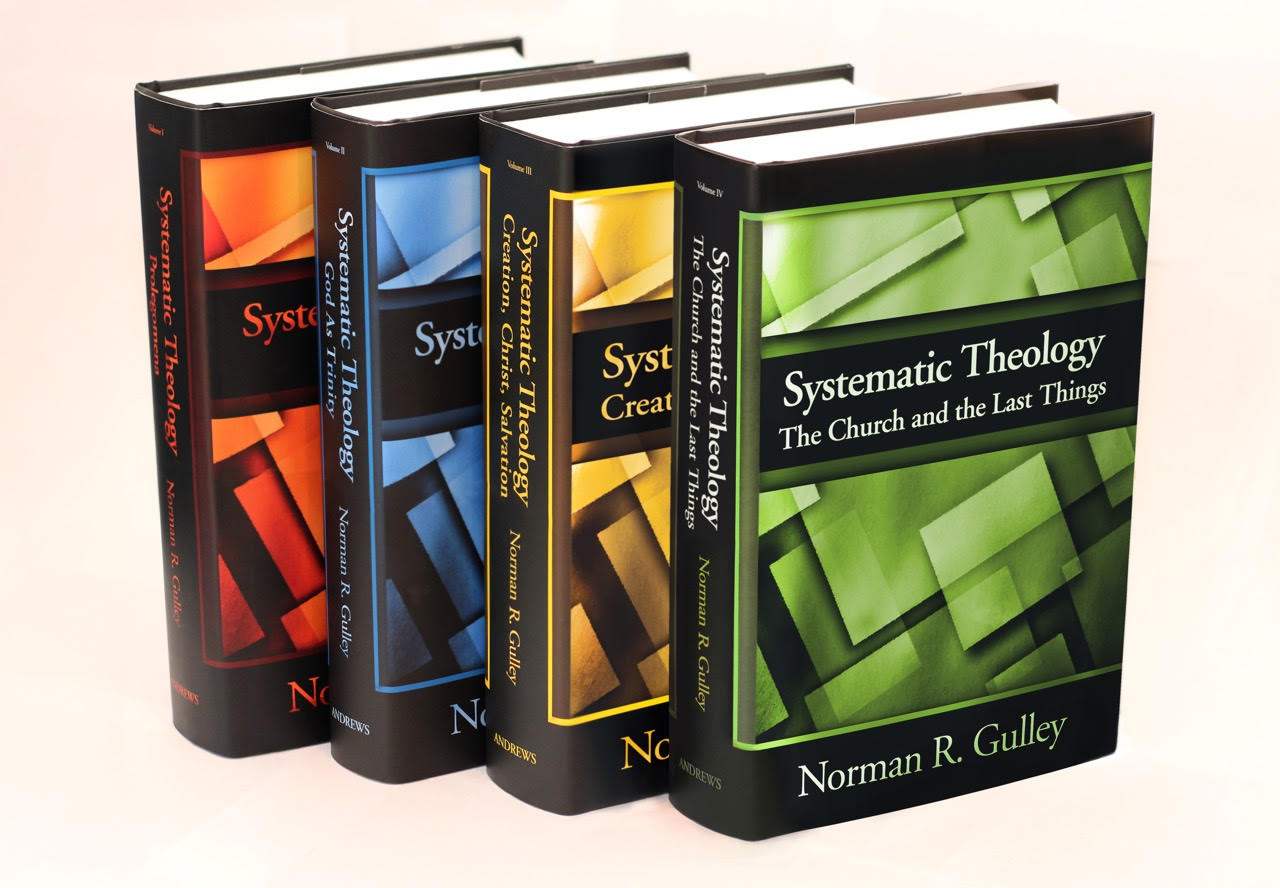 From News Release, September 29, 2017:      Dr. Norman Gulley, noted professor of theology at Southern Adventist University, has completed the fourth and final volume in his systematic theology. Systematic Theology: The Church and the Last Things has been published by Andrews University Press.

“Volume 4 will be of interest to all who want to be informed and ready for the days just ahead,” Gulley stated. It addresses two topics currently under discussion by many Adventists, although the fact that this volume cover these topics is more related to the traditional way in which theology is organized than contemporary interests.

Systematic theology is the idea of studying about God in an orderly way. The first volume of the series explains how to study and interpret biblical truths about God, followed by volumes covering the Trinity, creation, Christ, salvation, and last-day events. These four volumes are intended for students of theology but also are available as a Bible study resource for anyone.

Gulley graduated from Southern in 1955 when it was Southern Missionary College and earned his PhD in systematic theology from the University of Edinburgh in Scotland. The idea for his major work came to him while he was studying in Scotland. He became convinced that the Adventist denomination needed a theological system unlike other systems. He felt that God was calling him to write a systematic theology for Adventists and promised God he would try. He had no idea that it would take more than 30 years to complete.

Gulley’s work has received attention from scholars outside the Adventist faith. David Dockery, president of Trinity International University, commended Gulley’s work as “thoughtful in its approach, balanced in its engagement with others, wide-ranging in its research and interaction, and clearly presented.”

This book can be purchased at Amazon by clicking this link, Systematic Theology: The Church and the Last Things.