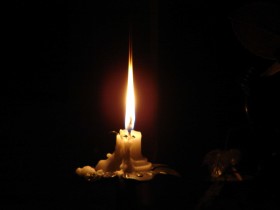 Ron is a Seventh-day Adventist commercial airline pilot who also plays a very good clarinet.  He is a friend of Jack Hoehn and has given Jack permission to repost Ron’s recent opinion piece on the Post-GC 2015 Disappointment of many Seventh-day Adventists.
(Original on Ron Coleman’s blog.)

How do we respond when the leadership of an organization which has long had our loyalties decides to take that organization in a direction that we cannot in all honesty support? That is no doubt the question in the minds of many Seventh-day Adventist church members after the recent proceedings of the General Conference gathering.

Those who value the company of fellow believers know the importance a church family can have in their lives. And those who have enjoyed long association with a particular church family feel the strongest ties. But the stronger the ties the more devastating it can be when the organizational “rules of membership” are tampered with in a manner that seems to demand intellectual compromise as a requirement of continued membership.

Of course, this is not a new dilemma. The large numbers of “ex” members bear this out. But when one is personally confronted with what feels like a “compromise or leave decision,” the issue (whatever it is) suddenly looms so much larger than any which drove others away before us.

Perhaps this is a good time to remind ourselves of this: A man-made religious organization is not the Church. They are two different things. The universal Church includes any and all who celebrate the Good News of deliverance which is the core of the message of the Galilean. It is by far the more important to one’s spiritual journey (and sanity). When this Galilean spoke of two or three gathering together he was almost certainly referring to this universal Fellowship (Church) of Believers – not a religious organization of policy makers. In fact it is probably true to say that no organization can ever fill the role of the Church in anyone’s life (though some may live for years with the impression that it can).

It is important here to ask ourselves what fundamental belief we are talking about that is universal enough to eventually unite atheists, agnostics, scientists, philosophers, Muslims, Buddhists, Hindus, Catholics, Baptists, Mormons, Adventists, terrorists, pagans, politicians, Dalits and countless others from every corner of our planet.

When the broad perspective is taken, it becomes apparent that the only belief fundamental enough to do that is the Good News that One came to live among us with a message of deliverance and eternal life – and that while here demonstrated in First Person the peaceful nature of a God who is the source of all Life. All other “fundamentals” are not really fundamental no matter how strenuously they may be promoted.

Does this mean that the Bible does not contain much perspective that is useful? Not at all. There is much useful in learning and contemplating the history of our ancestors and the record of God’s dealings with the many and varied situations recorded. But all must be viewed and understood in the context of the Great Light – and questions which we are keen to have answers to but which are not really answered by the Bible writers must be allowed to remain unanswered for now. Intellectual honesty requires that.

So go ahead and enjoy the fellowship of believers. Don’t be unduly concerned with the meanderings of an organization that promotes unnecessary (and probably often incorrect) statements of policy or creed. An organization and a Church are entirely different things.