Through my years in ministry, a number of people have claimed the privilege of being my leaders. Most I’ve appreciated, though I’ve puzzled about why others rose to those positions. I think of them as three types: Those who hindered my work, those who tried to add value to my work, and those who did little that affected me at all.

During our Christmas membership drive, become an Adventist Today member!

My first conference president, nearly 40 years ago, sapped far more energy and creativity from me than anything he ever gave back. He looked over our shoulders, calling too often (how my heart sank when I heard his voice on the other end of the line!), reprimanding and complaining and threatening. He assumed that every pastor was lazy and every pastor’s family was deficient, and it was his job to tell them so, then watch their morale wither like a leftover crabapple in October. (I remember him openly referring to the wife of one worker as a “worldling”!) He had the regrettable tendency to tell every pastor he visited all the secret problems of the last pastor he’d visited—which is where I learned never to take your boss into your confidence. Every pastors’ meeting was so negative and scolding—back then they were monthly—that it flattened me for a week.

He wasn’t a good leader, and looking back, I now wonder if he actually had a few screws loose. He’d been promoted, from what I could tell, mostly because he had paid his dues by knocking about in every departmental office in the church, until they couldn’t find anything else to do with him, so they made him a conference president. Only a fool would work for someone like this, which is why I have sometimes chastised myself that I didn’t go with my instincts and bailed out at the time.

Years later I had a conference president whose method of handling problems with his workers was to call them up and blow his stack, shouting and belittling and using derisive language—then calling back an hour later and saying, “Man, I’m sorry. Let’s pray together.” It was an abusive way to operate, but in his public persona he was handsome and charming, and he somehow managed to earn a reputation for being pious and prayerful. This eventually landed him a major promotion. (I am told he still employs the anger-followed-by-prayer mode of operation, so it must be working for him—but I’m glad I’m no longer working for him. Once when a conference leader tried to pray with me after he’d criticized me, I refused. I told him I wouldn’t let prayer be contaminated by his rant. I’m glad to say I outlasted him in the conference.)

I have had, thus far, only one conference president who added real value to my work by his leadership. He was generally encouraging, he brought good speakers, he read books and shared them, he listened and responded. He himself hadn’t been a pastor for decades, but he tried very, very hard to help us, in ways that mattered. I needn’t tell you how rare this is.

Most of my conference leaders, though, have fallen into the category of benign overseers. That is to say, they left me alone unless there were difficulties to deal with. One of them never initiated a conversation with me, though I worked for him for years.

I hasten to add that I don’t complain about being left alone: ever since my experience with “leadership” as an intern pastor, I have been quite happy to be neglected.

But even the worst of them, I would argue, weren’t bad people, just bad leaders. They got where they did because they were loyal, or charismatic, because they appeared strong leaders or, conversely, were non-threatening (yes, people sometimes get selected for what they’re not going to do), because they expressed orthodox beliefs, or had a talent for evangelism, or because it was their turn, or just because they were in the right place at the right moment.

But even the worst of them, I would argue, weren’t bad people, just bad leaders. They got where they did because they were loyal, or charismatic, because they appeared strong leaders or, conversely, were non-threatening; because they had orthodox beliefs, or a talent for evangelism, or because it was their turn, or just because they were in the right place at the right moment.

Even for those who have leadership talent, denominational leadership is a hard—I might say, nearly impossible—job. Who knows what to do with an academy that constituents refuse to close but won’t send their children to? Who can give every church that wants one a pastor, though members are sending their tithe to 3ABN? Who is capable of being perfectly fair to every employee, when their skills and temperaments are so varied? Who can find a solution that pleases both those who are passionately in favor of some a particular plan or idea, and those who are equally against it? And (right now, in the Western church) how do you manage an organization that is in decline? Leaders we consider failures are often just unable to deal with the realities of working for a church with so many impossible expectations.

It’s easy to lead well when things are going well. The leaders of our hospitals and big universities appear to be our best leaders, but mostly because they’re in successful businesses. A culturally odd and doctrinally inflexible religious denomination, whose main prediction hasn’t come true in almost 200 years, whose schools and churches are closing in Western countries for lack of contemporaneity isn’t, right now, a particularly easy business to be in. So it isn’t surprising that we sometimes feel our denominational leaders aren’t very successful.

In general, the leaders I’ve valued the most in the church are smart and well-informed. They lead morally—that is to say, they’re honest, not weaselly. They know their limits, including when to apologize. They think of others. They have open minds. Their position doesn’t go to their heads. They listen. They’re kind-hearted, but fair, and decisive when they need to be. They manage to maintain genuine respect for the people who are, technically, “under” them.

I’ve known one or two who were so talented that I suspect they could have led Fortune 500 companies—but those don’t always go far in the church. We say we want bold leadership, but we really don’t: I’ve seen leaders frighten the church with their ambitions, especially if it involves bold expenditures of money.

I started thinking about my experiences with leaders recently when I read a discussion in Facebook comments about Elder Wilson. I, along with many others, have been hard on him for his authoritarian tendencies. At the moment he’s not a very trusted person in North America, Europe or Australia/NZ.

When I encounter people who seem so very wrong about things that are important to me—like women’s ordination, but more broadly, respect for individual freedom under the gospel, and respect for diverse spiritual and cultural experience—and who are so very insistent that everyone must conform—the temptation is to think them bad men.

But of course, they’re not. Through the years I’ve known leaders who aren’t especially intelligent or well-informed. I’ve seen some use regrettable end-justifies-the-means methods. I’ve seen leadership that was ham-handed or high-handed. I’ve seen some hypocrites in those offices—but then, that’s not unusual in or out of office, since none of us are perfectly of one piece with our explicit or implicit convictions. A few had a huge sense of entitlement. And (like my first conference president) one or two who I thought weren’t emotionally healthy.

(Just having a different theology than mine isn’t a disqualifier, because that doesn’t necessarily mean that they make bad choices, or that they’re difficult to get along with; I appreciate sincerity and godly kindness, no matter its reason.)

But I have never met any who I thought were simply evil, as I’ve heard some say about church leaders on social media. They’ve got good intentions. They love the church—perhaps too much. I’ve speculated that the problem may in fact be that their love for the church is out of proportion to their love for God.

Yet I insist most are doing the best they can, given the suppositions they come with, and the impossible expectations of the job.

What causes us to dislike them, I’d argue, is something they can’t do much about: what the somewhat sequestered leadership culture in which they work has shaped them into. 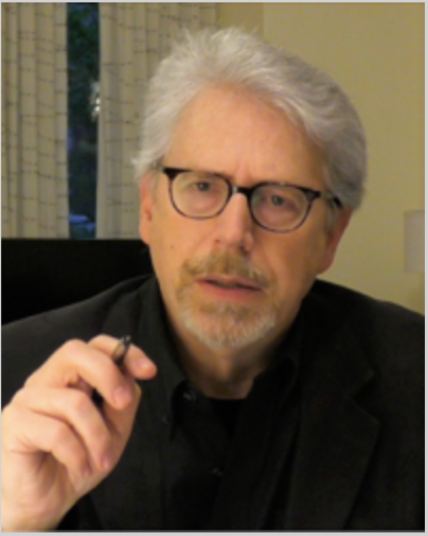