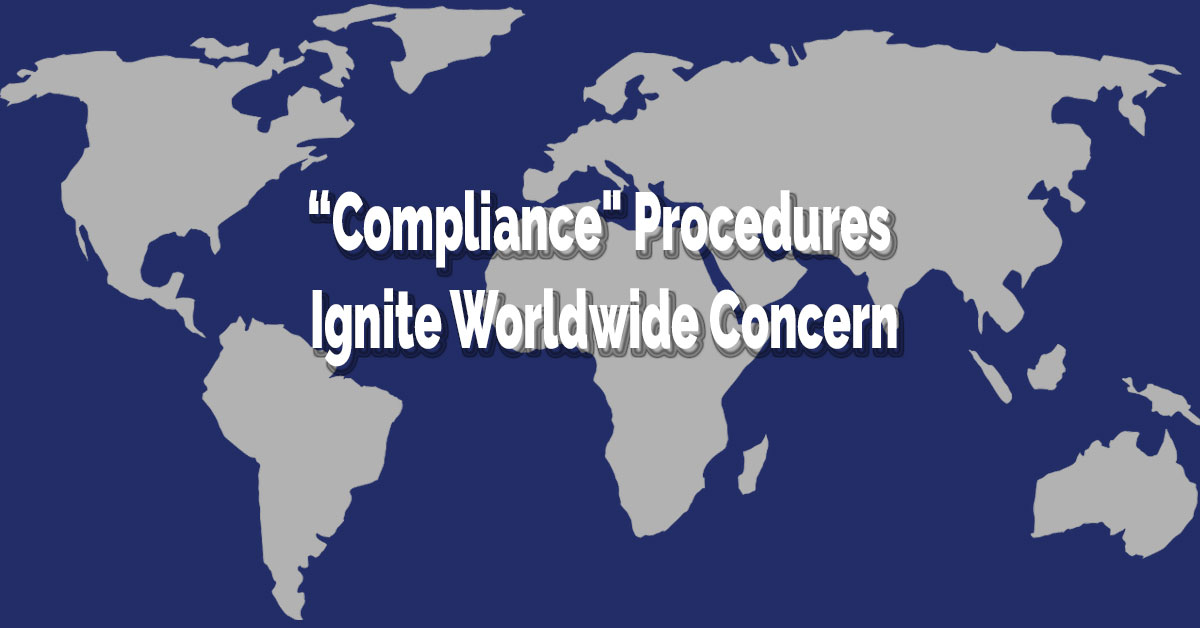 Across the denomination right now we are seeing strong reactions to the continuing effort by General Conference leaders to police and enforce “noncompliance”. Church sociologist Monte Sahlin, who has spent most of his career in church administration, told Adventist Today, “In five decades of ministry, I cannot remember any issue that has ignited such widespread concern and reaction.”

Responses have come from individual churchmen, such as Germany’s Elder Reinhard Rupp, as well as from judicatories across the denomination.

At least one individual congregation, the Seventh-day Adventist Church in Linköpingin, Sweden, has issued its own statement. “It is with dismay and concern we have followed the development of what initially was called Unity in Mission, more lately the quintuple Compliance Review Committees,” writes the Linköpingin church board.

We believe that the proposed mechanisms are detrimental for the future of our church and our mission. Our members, young and old, scoff at these proposals, shaking their heads in disbelief. Is this really my church? Is this the way we handle our differences? they ask. Enough harm has been done to the unity of our denomination by the very existence of these proposals. More harm will be done if the Annual Council votes these proposals into effect.…We are also appalled by the suggestion that the compliance committee model “could also be adopted by other levels of church organization”. We can not even imagine ourselves resorting to such practices in our local church. The very idea that we as a church board would form a “compliance committee” to investigate e.g. how our Children’s Ministries are complying with the Board’s decisions, or that we would start announcing that the Children’s Ministries Director has been given a “Public Reprimand” every time he/she exercises his/her right of voice, is ridiculous. This would likely create an atmosphere of distrust, uncertainty and fear, rather than the loving, open and trusting community we are asked to strive for.”

Linköpingin’s statement can be read here.

The North Pacific Union Conference of the North American Division has designated October 13 as a day of fasting and prayer for the GC ExeCom delegates, that they would make the proper decisions when confronted with the “compliance” procedures at the Battle Creek meeting. While insisting that “At this time, there has been no NPUC executive committee action on an official position statement regarding issues of unity and compliance,” they nonetheless note that

Many Northwest members are concerned over specific efforts by the General Conference administrative committee to encourage worldwide unity through measures of compliance. There are legitimate questions on differing sides of the discussion on what these plans are designed to accomplish. While some applaud efforts to achieve consistent compliance in global church practices, others worry that proposed efforts are in opposition to the church’s long-standing democratic governance structure. In preparation for the Oct. 11–17, 2018 Annual Council meetings, when the General Conference executive committee will more formally act upon these issue, where does the North Pacific Union Conference (NPUC) stand? The short answer is: We stand in the need of prayer. It seems clear to us that decisions made in this year’s meetings may indeed affect the nature of our church and its mission for years to come.

The document from the NPUC can be read here.

The Berlin-Mitteldeutsche Vereinigung Conference (composed of much of what used to be East Germany) has made what is perhaps the most provocative statement with regard to the “unity” discussion, when it concludes its statement by asking the GC ExeCom to clarify in Battle Creek whether the GC leadership is still trustworthy, and could survive a vote of confidence.

Says Monte Sahlin, ” I do not think that the leadership of the General Conference fully understands how their proposals would change the nature of the Adventist organization, nor did they anticipate the strength of the opposition to them.”