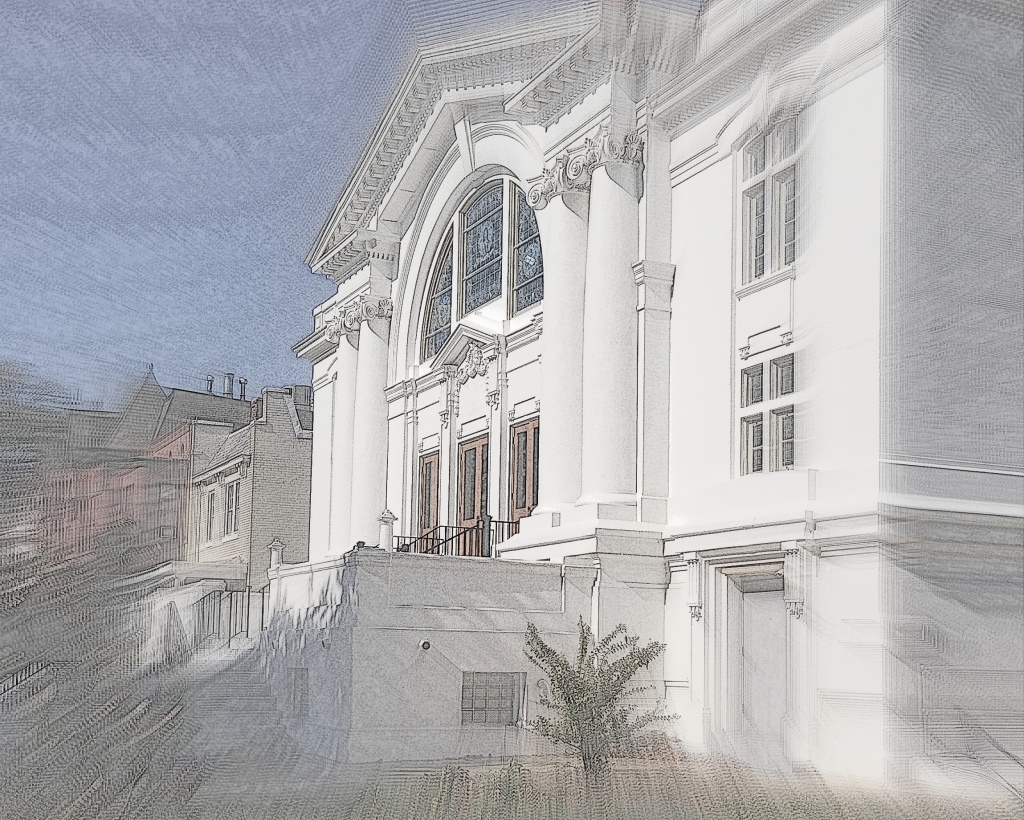 I consider Washington, DC a Disneyland for adults.  It is so full of marble and pillars and monuments and vistas and parks and parades and pomp and circumstance and Smithsonian and Holocaust and Mt. Vernon and Jefferson and Washington and Lincoln that I could easily spend a month there having fun every day.  And most of it is free.  I mean, it is your tax-dollars at work, so why don’t all Americans enjoy this fantastic city.  And I am born a Canadian!

Contact your local congressperson or senator and they can get you tickets to government buildings and tours, sometimes even giving you’re an intern of your own for a private tour.

Whatever you do, however, don’t bring a car or rent one.  Parking is terrible and expensive and rare, but the public transportation (again thanks all you tax-payers living everyplace else) their public transportation system is large and comprehensive and inexpensive.  So if you don’t mind walking (hey we ate well at places like Pizza π, The Bombay Club, Aqua Al 2 and still lost weight, walking and using public transport instead of a car) you can ride the subway quickly and busses anyplace (even down the Potomac to George Washington’s slave run plantation at Mt. Vernon) using a magic plastic card you wave at the transport for $20 or $30 for a whole week.  Parking costs you at least $15 a day and $17 a night, and even street parking costs you $50 for a permit if you can find a space.  Taxis are everywhere for times when the Metro subways or busses won’t do.

So when the American Academy of Family Physicians sourced their annual meeting in Washington, DC, for October 2014, Deanne and I signed up and rented a vacation apartment for the week about 12 blocks from the Capitol of the United States of America along the blocks of brick row-houses behind the Capitol called Capitol Hill.   George Washington’s French friend, L’Enfant, laid out this great city with wide streets rationally named, and boulevards that point to monumental views, so we could look down Pennsylvania Avenue or Independence or Constitution and all pointed to the dome of the Capitol that starts the great green National Mall ending 3 km away in the Lincoln memorial.

My medical meetings at the Convention Center kept me busy during the week, but I was emancipated from the meetings by the Sabbath.

Friday evening the AAFP had arranged for several Smithsonian Museums to be opened exclusively to the doctors and their families as a social event, so Deanne and I walked through the Museum of Natural History Friday night, looking at all the evidence from God’s Second Book that makes a recent Creation chronology impossible.  And that confirms the conviction that all creatures great and small were in fact Intelligently Designed and nicely adapted to the circumstances of life as it was on earth both in recent and  in ancient times.  Cataclysmic destructions like Noah’s have indeed happened several times in the history of life on earth.  Progressive creation, change, adaptation, and growth are laws of life, just like Genesis 1 teaches, and destructions and new beginnings happen just like Genesis 9 teaches.

Adventist minds need to be unleashed to interpret all this evidence using Scripture as a guide not to the scientific details or as a basis of simplistic chronology, but as to the meaning and significance of life in an obvious Great Controversy between good and evil, beginning from Creation Day 1.

Sabbath morning we Goggled an Adventist church, and found the Capitol Hill Seventh-day Adventist church only 3 blocks from our rental.  So we walked through Lincoln Park past the statue paid for at great expense by recently freed African-Americans in 1874 showing Abraham Lincoln with a grateful ex-slave kneeling in gratitude at his feet.  And then another block away was a beautiful white church with a large central dome, stained glass windows, and a $2 million dollar recent remodel paid for by present day Seventh-day Adventists of the same heritage, largely African-Americans.

Dr. Rasheed, an impressive woman and a church elder, greeted us at the door of her beautiful church.  Five of the 7 adult Sabbath School classes were taught by black women teachers, and a black woman Pastor gave the morning 9:00 am short worship sermon.  So the male headship heresy was not in charge of this African-American upscale congregation.   Free men and free women don’t need to be told that one gender or the other is to be the boss, and that women are not allowed to speak in church or to teach men!

Then Dr. Gene M. Donaldson, senior pastor, in splendid preaching robes took the pulpit after soul music with swing, percussion, piano (pianist from Tacoma in my Washington State), and keyboards, and a prayer service with large parts of the audience kneeling down at the altar.  The women Deaconesses had on smart looking uniforms.  And the male Deacons were promoting a Deacon’s Ball with a $55 admission per head next week.  There was nothing second class about this active church, even though its culture and presentation was quite different from the Anglo churches I was raised in, and the African churches I attended for 13 years in Lesotho, South Africa, Zambia and Malawi.  African Americans are a unique culture all their own, and this one was alive, worshipful, kindly, progressive, Christian, and happy in Jesus.

Dr. Donaldson was a master of alliteration.  His vocabulary was large and clever and many of his points were emphasized by using the poetry of alliteration.  He preached on David and the Philistines and made the story bend to Christ.  He spoke the idiom of how oppressed people in history and by present circumstances (young David and his small army) could overcome the oppressors (mighty armies of Philistia) by listening to God.

Pastor Donaldson could talk quiet, but he often preached loud, and his congregation egged him on from point to point.  It was a service of chant and response as people in my pew called out to his messages and points, “My, My, My!”  “Mercy!”  “Teach, Pastor, Teach” the whole hour sermon.

There were many side points made, but the center lesson had to do with the fact that at the first battle David went to God and was given one kind of instruction.  And at the subsequent battle David again wisely went to God and was given a very different kind of instruction.  What God had done with David in the past, how He worked in 2 Samuel 5:17-21, was different from the way God had David work in 2 Samuel 5:22-25.

God Reserves the Right to Change How We Work

“Fresh Ways for New Days,” rhymed Dr. Donaldson.  “God reserves the right to change how we work,” he thundered.  “My, my, my” said the pew.  “Old problems may need New strategies,” he explained.  “Teach, Pastor, Teach,” said the pew.  “God shifted the strategies. Don’t depend on yesterday’s word for today’s vision!”  “Mercy, Mercy,” we cried.

“God’s plan for yesterday may not be God’s strategy for tomorrow.”  “There is a way that seemeth right unto a man,” he warned and then paused.    The congregation filled in the rest of the verse, “But the ends thereof are the ways of death!”   God moving forward and our duty to follow was the message.  Faith is not static, it is active.  Yesterday’s truth is not always today’s burden.

The Israelites from slavery in Egypt to freedom in Palestine was a movement, a progression.  “The Pillar of Fire and the Pillar of Cloud moved.”    “When He moves, you move, when He stops you stop.”  “Yesterday’s word is not Today’s word”.  “The Holy Spirit has a Right-Now-Word, not a Back-Then-Word.”

The point is:  Don’t just repeat your past understanding, but go to God today asking for today’s Manna for today’s problems.

Adventism Adapts to Culture, It can Adapt to Science

He may have been thinking about his church members with new problems with jobs and housing and education and health, and keeping the Sabbath holy in a secular world.

But the Holy Spirit took this White boy in a Black upper-class church in Washington DC and reminded me that Adventism adapts to Anglo-culture with quieter congregations and classical organ music; and to Zambian-culture with brick seats and thatched roofs with no piano but human voices; to African-American-culture with professional drums, keyboards, men and women dressed to the T, singing in rhythms and crying in blues, with whispered and shouted sermons and lively responsive congregations.

So why then can’t Adventism adapt to new facts about the history of Creation and the age of the Earth, with a new approach, a broader more inclusive doctrine of Creation, instead of a narrower more restrictive yesterday interpretation?  Adventism can adapt to culture, why can’t it adapt to scientific truth?

Who is an Adventist?

There is a Bible definition of Seventh-day Adventists quite different from the recent teaching of the General Conference’s chief executive officer, that if you don’t believe in a recent 144 hour creation 6,000 years ago, you aren’t fit to be an Adventist.

The Bible definition of Adventists is found in Revelation.  In chapter 7 verse 17 we are promised that “The Lamb who is in the midst of the throne will shepherd them and lead them to living fountains of water.”  To “shepherd” is to move the flock to a new location.  “Living fountains” are active and fresh doctrines, fresh new water, instead of the stale water of empty broken cisterns with broken, inadequate, partly true doctrines of the past. In Revelation 14, the 144,000 Remnant are not singing the same old songs, they are singing “a new song.”  And they are moving along, progressing, for “They follow the Lamb wherever He goes.” The Lamb is moving.

It may be that our older 1800’s interpretation of creation “seemeth right” to the present General Conference administration, but isn’t it is possible that God’s “way-of-yesterday” may not be suitable for today?  Sticking with yesterday’s understanding, may not be God’s message for today.

The Adventist church was not meant to be standing still looking backward, the Lamb is not stuck with Ellen White’s 19th century science or Bishop Ussher’s 17th century chronologies.  God reserves the right to change how we work and how we understand His creation.  God’s message for Ellen White yesterday, may not be God’s strategy for understanding Creation today.

The pillar of fire and the pillar of cloud have moved beyond a recent creation about 6,000 years ago.  Adventists, follow the Lamb, move beyond your previous understandings to better ones.  It’s time for “Fresh Ways for New Days.”

Where to Send Donations and Correspondence Adventist Today Appeal