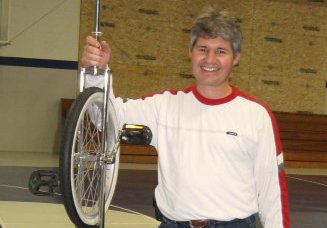 17 November 2021 |  David Perkins, a former teacher at Harrisburg Adventist School, Bass Memorial Academy and Pine Tree Academy, has been arrested and accused of inappropriate contact with a minor.

Evidence was discovered this summer that Perkins could have had “inappropriate contact with a minor.” Perkins was terminated from his position at Harrisburg Adventist School in Pennsylvania, United States, which teaches Pre-K (age 4) to grade 8 (13-year-olds). He was immediately reported to authorities, according to a statement by the Pennsylvania Conference of Seventh-day Adventists.*

“We have been cooperating fully with authorities during their investigation of the alleged charges. We take seriously reports of abuse. Our children are our most precious gifts, and their safety and welfare are our highest priority,” read the Pennsylvania statement.

Perkins was charged with a third-degree felony, the Pennsylvania statement said. In Pennsylvania, child endangerment is generally a first-degree misdemeanor. However, if it is shown there is a pattern of this kind of behavior, also known as a course of conduct, the offense becomes a more serious third-degree felony, with an increase in the fine that must be paid and a definite prison sentence, according to the Logue Law Group.

Perkins also taught at Bass Memorial Academy in Mississippi, United States, beginning in 2013. Bass Memorial Academy educates children in grades kindergarten – 12th grade, typically associated with ages 5 – 18. According to Perkins’ Facebook page, he was a teacher and gymnastics coach there.

The Gulf States Conference, in which Bass Memorial Academy is located, also released a statement about Perkins that said, “We affirm the actions of our sister conference in terminating [Perkins’] employment and reporting to their local law enforcement authorities for investigation.”

The statement also included a letter from Scott Bowes, the Gulf States Conference Superintendent of Education and a former principal of Bass Academy. Bowes said there was no information or accusations concerning Perkins while he worked at Bass Memorial Academy and cautioned that “speculation and gossip about this matter can deeply hurt the reputation and privacy of all concerned. It has no place in this school community.”

“The matter is now with the authorities to determine what happened and whether Mr. Perkins is guilty of the charges,” Bowes said.

Bowes also repeated previous sentiments by the Gulf States Conference that abusive behavior will not be tolerated. “It has no place in our schools, on our boarding academy campuses, or in our churches. We must work tirelessly to ensure the well-being and safety of our students so that they can grow spiritually and academically in a safe environment throughout the Gulf States Conference,” he said.

Perkins also taught at Pine Tree Academy in Maine, United States, from 2008-2013, according to his LinkedIn profile. Pine Tree Academy is a boarding and day school that educates children in grades kindergarten – 12th grade. Perkins taught grades 5 and 6, usually associated with 10- to 11-year-olds. As of this date, no statement regarding Perkins’ time at Pine Tree Academy has been released.

Parents in the Pennsylvania area who have concerns about their children’s relationship with Perkins should contact Detective Lee Tarasi at (717) 909-9259. If you have any questions or concerns, please contact Leona Bange, superintendent of schools for the Pennsylvania Conference of Seventh-day Adventists, at (610) 374-8331.

Anyone with information about misconduct at Bass Memorial Academy, involving anyone at any time, is encouraged to contact Bowes at (334) 272-7493 x106, and to report the incident to Project Safe Church at www.projectsafechurch.org.

Pine Tree Academy is part of the Northern New England Conference of Seventh-day Adventists. The education superintendent for that conference is Sonia Edwards. She can be contacted at sedwards@nnec.org and (207) 797-3760 ext. 212.

(Photo: David Perkins, a former teacher at three Adventist schools, was arrested and charged with a third-degree felony. He allegedly engaged in misconduct with a minor. Photo via David Perkins’ Facebook page.)