I have followed Women of the Wall for some time now. This is a group of women who hold monthly prayer services for women on Rosh Hodesh at the Kotel (Western Wall) in Jerusalem early in the first morning of each new month, with singing, reading aloud from the Torah and wearing religious garments.

At this holiest site of Judaism the Rabbi of the Western Wall has enforced gender segregation and limitations on religious garb worn by women, declaring the site to be an orthodox synagogue. The Women of the Wall observe gender segregation, but use tallit, tefillin and kippah, sing and read from the Torah—taking over roles that the Orthodox community only allow men to perform. These gatherings are considered illegal according to Orthodox rules.

The Israeli Supreme Court has ruled that these prayer gatherings at the wall should not be considered illegal. But due to political pressure from an ultra-Orthodox coalition the Prime Minister has not implemented a plan to designate a new space at the Kotel that would be available for egalitarian prayer, and which would not be controlled by the Rabbinate. The plan has now been suspended.

The security guards manhandle and body search the women in order to prevent them from bringing a Torah scroll. Women wearing tallitot are arrested. Their Torah has been confiscated. Yeshiva schools send boys and girls to disturb the prayer services with spitting, whistling and yelling. The chief Rabbi twists Jewish law against these women. The politicians who let all this happen are weak and afraid of losing power.

A time of repentance

The period between Rosh Hashanah and Yom Kippur is a part of the high Jewish holidays. This is a time of repentance and repair for all the wrong done in the past year. And in a surprising and wonderful move, the Women on the Wall issued a statement of forgiveness in an op-ed in the Jerusalem Post, Yochi Rappeport, executive director of the Women of the Wall, wrote:

We… are focused on both asking for forgiveness for our own actions, as well as finding grace in our own hearts for those who have wronged us. This year at Women of the Wall, we are prepared to extend our forgiveness to the parties who have caused us heartache and pain in the past year. . . .

We are happy to take the first step, but we need others to take a step as well. We hope that in the same fashion, we will be met with respect and acceptance, and perhaps 5781 will be the year in which we see real change for equality within religious Judaism in Israel and beyond.

She then continues to explicitly describe all the various incitements to disruption and names persons who have spread hate against WOW and says,

We forgive you…Let’s bury the hatchet… We understand and know that the only way for change to happen is for both sides to extend compassion.

The women are not giving up their prayer services. The legal battle will continue. What seems to have changed is their attitude. In preparation for Yom Kippur they have decided to clean out the bitterness from their hearts.

What can we learn from the Women of the Wall?

We, too, are involved in a battle of two factions within the church.

One part is fighting against the discrimination of women, particularly in the question of ordination and access to leadership positions. The other part considers itself the guardians of truth and tradition and is opposed to ordained female pastors.

The two positions are comparable to the struggle at the Kotel. There women are, of course, allowed to participate in private prayer in the women’s section—but please, without the religious symbols belonging to men. This is similar to how we allow women to serve as pastors, but they should do so without the blessing of ordination which is bestowed only on men. Can you see the parallel?

At the wall it is a question of male power over women, and how Jewish laws are interpreted to forbid women to lead out in prayer like men. In our church it is also a question of male domination in leadership structures due to ordination being linked with positions of leadership.

The rift between the opposing factions in our church is not along gender lines alone, as there are many men who support women’s ordination and quite a few women who are opposed to it. It is also a question of how scriptures and policies and tradition are interpreted. The problem in the Adventist church is that the General Conference (GC) is at the same time the legislative and the executive, and there is no judiciary to serve as a controlling element. The church is moving more and more towards hierarchical leadership and abuse of power.

Elder Jan Paulsen’s greatest regret at the end of his period leading the church was that he had not been able to clear the way for the full participation of women in ministry, including ordination. The topic was not placed on the agenda of the GC session in 2010 because there was no prospect of a positive outcome.

The vote in 2015 declining the right of regions to deal with the matter according to local needs was very disappointing. What followed with the leadership of the General Conference trying to enforce compliance with disciplinary methods was unsettling to say the least. The General Conference is becoming irrelevant to vast parts of the world church, who are turning away from such practices in horror.

Would it be possible for us as women of the Seventh-day Adventist Church to do as the Women of the Wall have done? To address the wrongs and to forgive? To let go of bitter feelings in spite of obvious torts?

Like the Women on the Wall, could we say the following forgiving words?

To the General Conference Executive Committee of 1881: We, the women of the church, forgive you for not taking up the resolution recommended by the General Conference in session in 1881 “to set apart by ordination to the work of the Christian ministry females who possess the necessary qualifications.” We understand that the three members had many other things to attend to, but acting on the resolution would have enabled the church to concentrate on mission and would have saved at least 70 years of struggle and pain.

To the late Samuele Bacchiocchi: We forgive you for introducing the unbiblical Theology of Headship to the church. We understand that being the first Adventist to receive a doctorate from the Gregorian University in Rome may tempt a person to consider himself an expert on any topic.

To the General Conference president: We forgive you for risking a split in the church in the name of unity, using your power to influence delegates and members of the Executive Committee to follow your interpretation of what God deems feasible in the church. We understand that you are under pressure from extreme conservatives and consider your opinion to be in accordance with the will of God but so did the Sanhedrin who were warned by Gamaliel that they might be fighting against God (Acts 5:38-39 NIV).

To the security in Silver Spring: We forgive you for trying to stop a duly elected female conference president from attending an executive committee meeting. We understand that you were only acting under orders.

To the GC leaders who have supported the GC president in his attempt to rule the church from top to bottom and to discipline those he considers non-compliant: We forgive you for not raising your voices in protest. We understand that you do so for fear of losing your jobs.

To the church members with gender- and race-based prejudices: We forgive you for your attitudes. We understand that you may have been raised this way and have not had the opportunity to broaden your views.

There may be no solution to the problem the SDA church is wrestling with until God intervenes. There are bitter feelings on both sides. People have been hurt. Wounding words have been spoken. Actions have been taken that have not been helpful. To quote Hamlet, “There is something rotten” in the church.

But maybe we should learn from the Women of the Wall to forgive, repent and repair the wrongs done in the past instead of only preaching reformation and revival. Forgive the other side for what we consider wrong. Forgive the hurting words and actions as we ask God to forgive us for our misdeeds.

Let’s bury the hatchet. May we understand and know that the only way for change to happen is for both sides to extend compassion. Can we take the first step? Cleaning out the bitterness from our hearts will do us good. This is the only way we can find healing for our hurting hearts. It does not mean giving up on the effort to make the church more egalitarian.

One of our great female leaders wrote this:

It is true there is an indignation that is justifiable, even in the followers of Christ. When they see that God is dishonored, and His service brought into disrepute, when they see the innocent oppressed, a righteous indignation stirs the soul. Such anger, born of sensitive morals, is not a sin. But those who at any supposed provocation feel at liberty to indulge anger or resentment are opening the heart to Satan. Bitterness and animosity must be banished from the soul if we would be in harmony with heaven. Desire of Ages, p. 310. 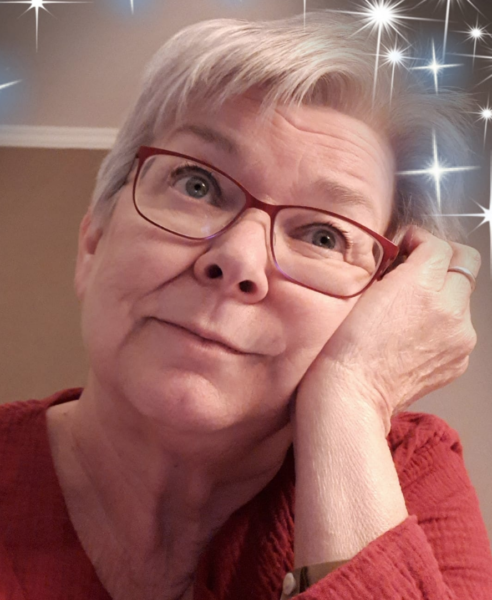