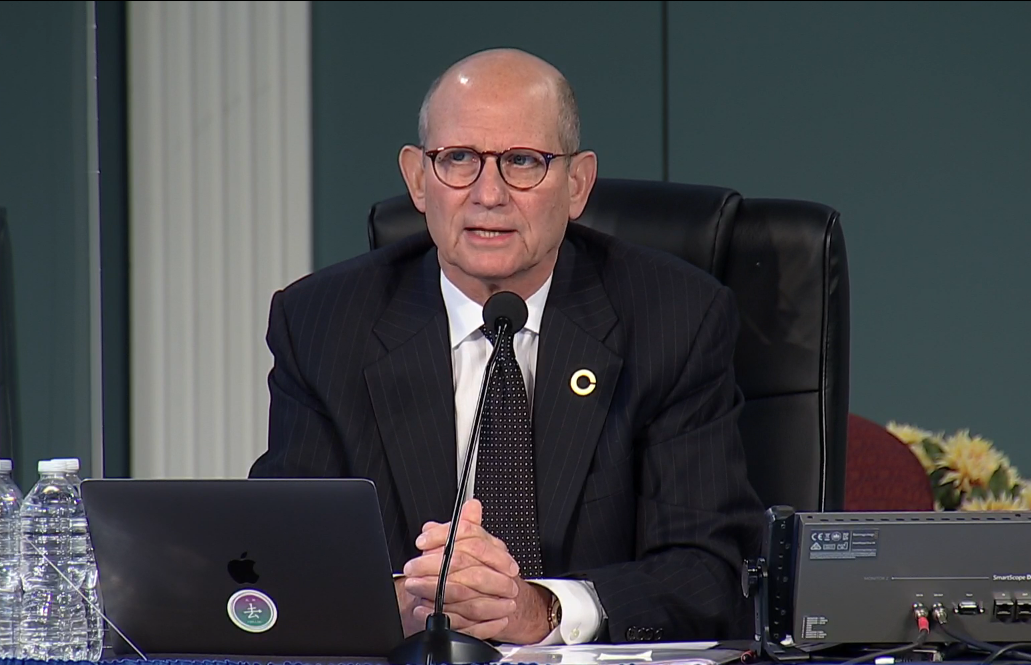 14 October 2021 | The senior leadership of the Seventh-day Adventist Church may have wanted to clarify the church’s beliefs and strengthen its identity during the 2021 Annual Council of the General Conference Executive Committee, but they probably could also lead a master class in “How to Generate Angry Tweets on Twitter.”

The flurry of social media activity started on Oct. 9, 2021, after General Conference Ted N. C. Wilson delivered a sermon, “Trust God’s Prophetic Word in the Coming Impending Conflict.”  In it, Wilson explored what he called “theological aberrations” that were “absolutely connected with Babylon, confusion, and from the devil.” He said they “blatantly and grossly misrepresent God and His Word.”

Wilson identified 14 of them in a list and tweeted them from his official account.  To date, #12 on that list has been retweeted more than 400 times with comments: “Adultery, fornication, and LGBTQIA+ are in direct opposition to God’s law and heavenly plan for human sexuality. We must make a conscious choice, even though unpopular, to speak up for Bible truth and not simply go along with societal trends.”

Wilson’s sermon also included the statement, “The rampant sexual aberrations in the world are not condoned by the Bible and will not lead to eternal life.”

SDA Kinship International, an LGBTQIA+ affirming and inclusive community for current and former Seventh-day Adventists, said it found it necessary to go “on the record” in opposing Wilson’s tweeted statements. “God’s salvation is available to everyone without qualification. He loves and affirms all people regardless of sexual orientation or gender identity,” SDA Kinship tweeted from its account. “A handful of ‘clobber texts’ in the Bible are frequently quoted as evidence that God does not accept LGBTQIA+ people. These verses, however, have been misinterpreted and mistranslated.”

Well-known international evangelist Mark Finley, who is also assistant to the president of the General Conference of the Seventh-day Adventist Church, followed up on Wilson’s message when he presented 10 “Theological Issues Facing the Church”: a summary of some of the significant theological issues the church is facing in the 21st century on Oct. 11, 2021. Though Finley spoke about it, many still credited Wilson with the ideas; #Teds10 was used to reference the presentation on Twitter.

The LGBTQIA+ community was again targeted in issue #6 — “Moral Issues Deviating from Scripture: Issues such as co-habitation, unbiblical divorce and remarriage and LGBTQIA+ are confronting church leadership with increasing frequency. Is it unloving and unkind to take a stand against these practices?”

“Seventh-day Adventist have believed and do believe in the moral integrity, in the ethical values of scripture, particularly moral purity,” said Finley. “There is nothing unloving or unkind [about] standing where Scripture stands.”

Recently-elected Executive Secretary of the GC Erton Kohler continued to express support for the ideas in Wilson’s sermon and Finley’s presentation in his own “Earnest Appeal to Engage with Our Spiritual Identity” on Oct. 12, 2021.

“I believe that we were called to be the voice of God and not our culture’s echo. But the voice of culture is becoming stronger among us, especially in social media, when influencers are often more relevant than spiritual leaders. They become more relevant not because they know about religion or spiritual life, but because they have communication skills and know how to deal with social media and people’s needs,” said Kohler.

He said church leaders tend to prioritize Budgets (finances), Buildings (assets) and Bodies (membership growth), and use them to measure progress. “All of these things are important, and we need them to keep our organization going. But they are not the essence of our church,” Kohler said. “We can’t let ourselves be consumed by these three Bs. If we don’t spend time discussing our beliefs, our theology, and our spiritual challenges — if we don’t find ways to modify some trends, we may end up thriving in our business but lacking in our identity. We may end up being a strong organization but a weak church.”

Joseph Erwin commented on an Adventist Today Facebook post about the 2021 Council, “The ‘We are right and everyone else is wrong’ attitude of SDAs and SDA-ism is an abomination that needs to be ended and replaced with the fundamental message of Jesus. … You are not estranged from God. Love and respect each other.”

As of this date, tweets with the hashtag #GCAC21 continue to be made.