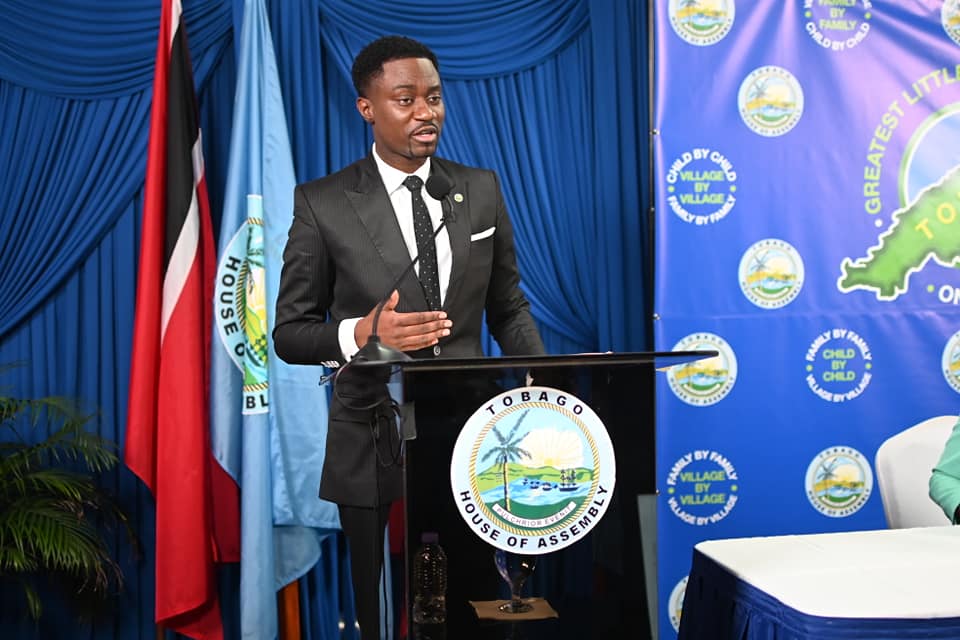 Tobago House of Assembly Chief Secretary Farley Augustine, who identifies as a Seventh-day Adventist, celebrated Eid-al-Fitr at the Masjid Al Tawbah mosque with members of Tobago’s ​​Islamic community on May 2, 2022, reported the Trinidad and Tobago Newsday.

Eid al-Fitr signifies the end of Ramadan, the Muslim holy month of fasting, and is celebrated for three days with communal prayer at daybreak on its first day, visits with others, the giving of presents, wearing new clothes and visiting the graves of relatives, according to the Encyclopedia Britannica.

This year marks the first real Eid celebration on the island of Tobago since 2020, due to the COVID-19 pandemic, reported Newsday.

Augustine said he had visited the mosque a few days earlier, on Friday, April 29, 2022. “I saw, right here in this space, a group of people who have a lot of love for each other and for mankind generally. In that moment, it dawned on me how privileged we are as a country, that I, as a Seventh-day Adventist, could just walk up the road and walk into the compound of a mosque of the Islamic faith and be warmly received. As they break their fast, I start my Sabbath celebrations and we break bread and eat together,” said Augustine, according to Newsday.

Trinidad and Tobago, a nation that consists of the two previously named islands and several smaller ones in the Caribbean, has a population of 1,361,000. The Adventist denomination has 31 churches in Tobago, with 8,660 members. Tobago has a population of 57,498, according to the Adventist Yearbook.The South Caribbean Conference, which covers the island of Trinidad, has 134 churches, with a membership of 59,849.

“We must understand that each other’s religious liberties are tied to our own and so your right to worship the way you see fit, to worship whomever you see fit, is tied to my right to do the same. And that’s an inherent human right that we must cherish and must preserve as a country,” said Augustine in Newsday.

Trinidad and Tobago have not always had a smooth relationship with its Muslim community.

In August 1990, rebels from a movement called Jamaat al-Muslimeen occupied the parliament building in the capital, Port of Spain. After six days, the insurgents surrendered, reported DW.

The nation is also one of the world’s largest providers of volunteers, per capita, to the Islamic State; 89-125 Trinidadians have joined ISIS, according to The Atlantic.

But at the Eid celebration, Augustine stressed solidarity. He even wore a thobe, a long tunic-like garment that is considered the traditional Islamic garment for men.

“We celebrate with each other and that is one of the blessings of being Trinbagonian and let us never, ever take that for granted,” said Augustine. “Even as we celebrate today, let us take the lessons from the Muslim community—the lessons of giving, of being charitable, of reaching out to those who are less fortunate, of ensuring that we find time for each other.”

Augustine has been in office since Dec. 9, 2021, according to several news outlets. Previously he worked as a school teacher, reported the Trinidad Daily Express.