Ex-School Principal in India Promoted While Under Criminal Investigation 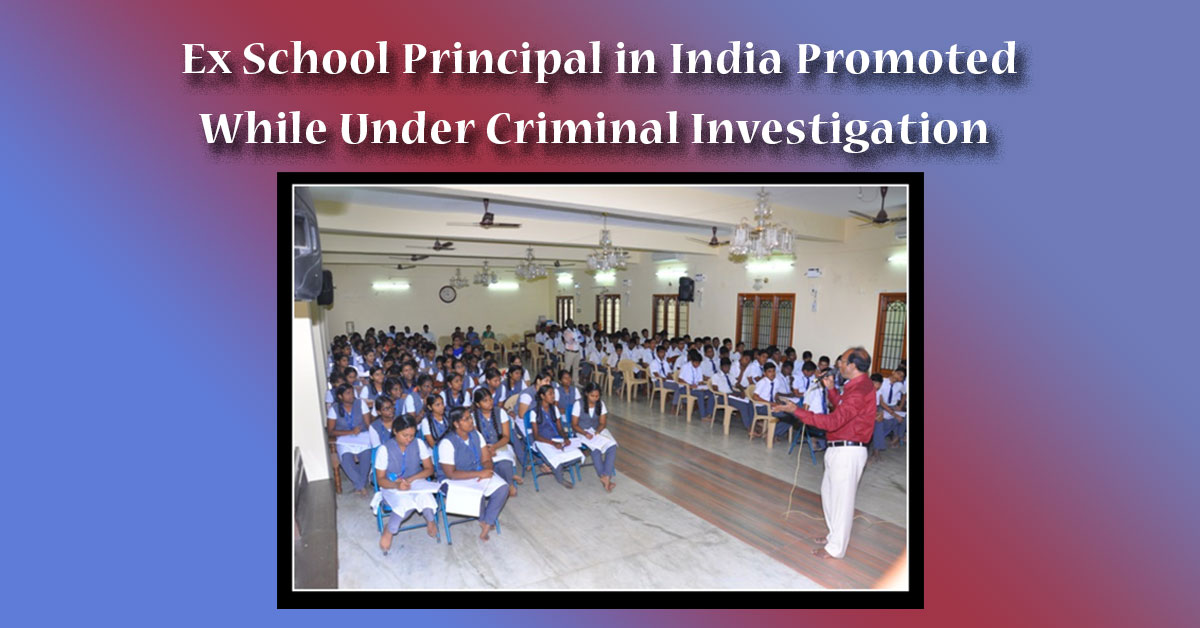 An Adventist watchdog group is reporting that the ex-principal and educational zonal officer of an Adventist school in India’s Puducherry union territory has been promoted to Vice President of the Seventh-day Adventist Lowry Memorial College in Bangalore, even while he is under investigation for criminal activity.

Mr. Vel Selvaraj is currently under investigation by Indian authorities for activities while principal of the Pondicherry Adventist Higher Secondary school at Gandhi Nagar. He is charged with issuing a forged bona-fide certificate to a student (roughly equivalent to a diploma), a key document to secure admission to a medical college, in exchange for money paid to him by parents.

Mr. Selvaraj secured bail to avoid remaining in police custody. At least a few members have written church leaders asking whether the funds expended on bail were donated church funds, paid at the direction of the Division Treasurer.

The information was reported to Adventist Today by the All India SDA Welfare Association, a watchdog group that monitors allegations of corrupt practices among Adventist denominational leadership in the South Asia Division.