It has been 155 years since the Civil War ended between the Union and the Confederate States of America. Over 500,000 people were killed, plus millions of other casualties.

Some think that this terrible toll, which still scars the nation today, could have been avoided. One of the reasons it happened was a belief by both sides that God and the Bible (as taught by each side’s respective clergy) were on their side.

In 1865 President Abraham Lincoln spoke of this oddity: “Both (North and South) read the same Bible, and pray to the same God; and each invokes his aid against the other.”1

The South invoked Ephesians 6:5-7, which encouraged servants to be obedient to their masters, and highlighted the book of Philemon, which was about an enslaved Christian convert with no mention of his being set free.

Some of the South’s arguments seemed pragmatic. Slavery in the new world, some said, was a way of converting the African masses. Others said that the economic prosperity of their country depended on slavery.

The North noted that according to Exodus 21:16, kidnapping a person for the purpose of forced servitude was a capital offense: slavery—or more accurately servanthood—was meant to be voluntary. The North also appealed to biblical ethics. “We hold these truths to be self-evident, that all men are created equal,” says the Declaration of Independence. This echoes Job 31:13-15:

“If I have denied justice to any of my servants, whether male or female, when they had a grievance against me, what will I do when God confronts me? … Did not he who made me in the womb make them? Did not the same one form us both within our mothers?”

Because the South were focusing on their pragmatic excuses, they missed the crucial ethical principle that a person’s race or colour of their skin should not be used as an excuse to treat them like a piece of property.

It has been 40 years since the last major civil war in the church, centered around Dr. Des Ford’s perceived noncompliance with Adventist orthodoxy. The casualties were horrendous: we lost many good people from our denomination, particularly here in Australia, and many were hurt by what happened.

Another civil war is brewing over who is called to serve our denomination and the way the denomination officially recognises and empowers the call to ministry. There have already been many casualties. Can we learn lessons from Glacier View that will allow this little part of God’s church to turn the current conflict into an opportunity for growth and positive change?

First, all men and women are created equal. This principle is clear in our denomination’s Fundamental Belief number 14

In Christ we are a new creation; distinctions of race, culture, learning, and nationality, and differences between high and low, rich and poor, male and female, must not be divisive among us. We are all equal in Christ, who by one Spirit has bonded us into one fellowship with Him and with one another; we are to serve and be served without partiality or reservation

Yet in practice we are ignoring it. To quote George Orwell’s Animal Farm, we speak as though “all animals are equal but some animals are more equal than others.”

In Genesis 1;26,27 we read that humanity—male and female—is created in the image of God. Gender, race or status are not issues for God, according to Paul in Galatians 3:28:

There is neither Jew nor Gentile, neither slave nor free, nor is there male and female, for you are all one in Christ Jesus.

They shouldn’t be issues for us, either.

In the intervening period, between creation and the end of the age, we are called to repair the damage that sin has caused to humanity and all of God’s creation, not perpetuate the results of the fall. Applying this principle to 1 Timothy 3:1, we see the person who aspires to the role of a bishop or deacon as “anyone” rather than “he” and the focus of the text is on the character of the person rather than the gender.

In both instruction and metaphor, we should see that the Bible places women equal to men. In 1 Timothy 2:9 the injunction to women to avoid outward adornment is not limited to just the women: it doesn’t mean it’s appropriate for men to braid their hair with gold and pearls. Again, John describes in Revelation 21 and 22 how at the end of the age Christ receives his church, men and women, symbolized as a bride—those wearing the precious robe of Christ’s righteousness.

Looking after the little guy

God’s church is called to right the wrongs of sin: to do justice, love mercy and walk humbly before our God (Micah 6:8). Injustice, ruthlessness and pride have meant that often women have been the victims of abuse in the church.

I have been complicit in that abuse by disregarding the concerns of a female colleague, many years ago, who was hurt by the inequitable pay scales for male and female teachers within the Seventh-day Adventist education system. Our organisation was wrong, and it took strong women like Merikay Silver at Pacific Press to correct these mistakes.

We cannot rewrite history. But neither should we hide from what has happened in our past. We should discuss events like Glacier View and the Merikay Silver suit, and use these events to build a better future for our denomination and the global church.

The hermeneutical principle relates to our use of Ellen White and her writings. There has been a strong push in our church in recent times to make the writings of Ellen White the complete guide for biblical interpretation.

Statements from Ellen White should not be used as weapons to establish any of our church’s belief systems. When they are used in this manner they complicate the debate on how our church recognizes those who are called to serve. We should learn from our history to build on the foundation of sola scriptura that Ellen White helped to lay.

If we don’t honour the ethical principles that God has instilled in everyone and permeated through sacred texts, then our preaching and statements of fundamental beliefs are empty, and actually impede rather than support the mission of God’s church. 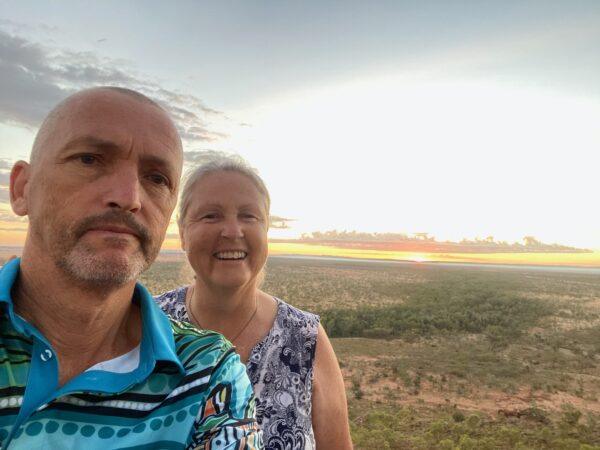 Terry Bottrell is a semi-retired Australian secondary teacher with a degree from Avondale College. He’s spent 30+ years teaching Bible, physical and outdoor education, math, and science for Adventist schools. He and his wife live in Brisbane.