As Mrs. White sat for her picture in 1878, the photographer handed her a large book, T. De Witt Talmage’s 500-page Around the Tea Table.[1] Photographers of the day commonly used books as props when their subjects posed for portraits. In several other photographs Ellen White is pictured holding a book, but the title is only visible in this picture. 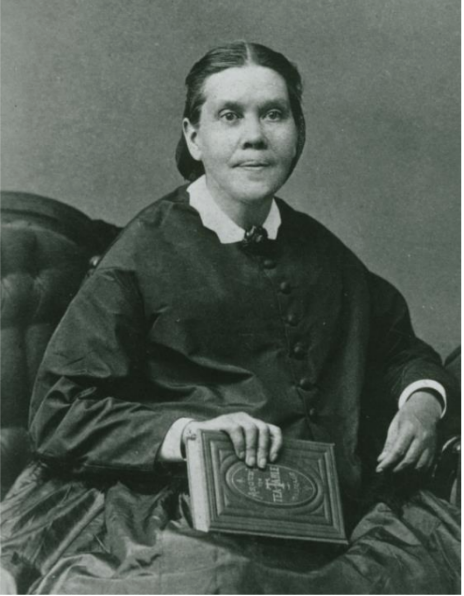 In an 1864 family portrait, James White holds the book—a symbol of wisdom and authority. The next year, when the family posed again, Ellen White made sure she held a book as well. After all, she had some authority in this family. 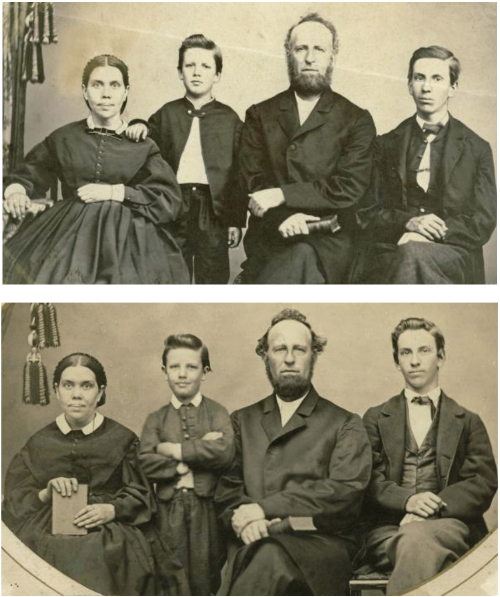 Had Mrs. White known what was in Talmage’s book that she was holding in 1878, she might have preferred some other volume. Around the Tea Table is a collection of fictional stories and non-fiction essays. Among the essays was one on “Literary Felony” which roundly condemned plagiarism: “Quotation marks are cheap,” wrote Talmage, “and let us not be afraid to use them. Do you know why quotation marks are made up of four commas? . . . Those four commas mean that you should stop four times before you steal anything.”[2] 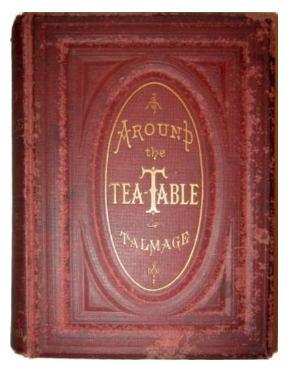 Ellen White’s literary borrowing is said to have fallen short of stealing or plagiarism, but the issue is still a sensitive one, discussed extensively in many sources, including the latest iteration of the Ellen G. White Estate website.[3]

On the other hand, Ellen White may well have agreed with Talmage’s characterization of Mormons as part of “a large class of people all over the world who seem delighted in being deceived.”[4] Talmage was an implacable and virulent anti-Mormon. 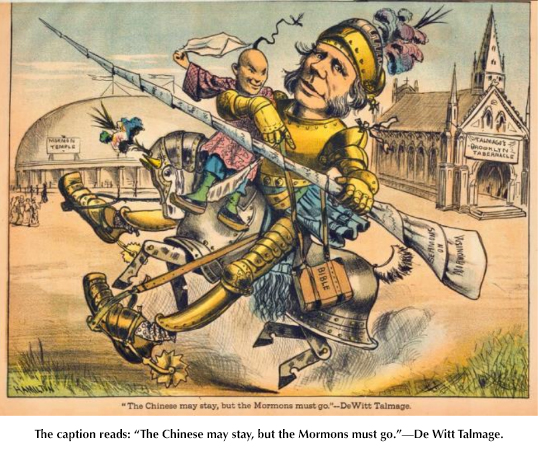 The clergyman Thomas De Witt Talmage (1832–1902) was one of the most famous pulpit orators of his day, rivaled only by Henry Ward Beecher. He was a prolific author and editor as well. 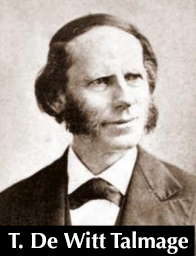 Ellen White probably never had her own copy of Talmage’s Around the Tea Table,[5] but when she was traveling by train to California in 1873, she bought Talmage’s new book The Abominations of Modern Society, and in the flyleaf she wrote: “Purchased on the cars coming from Omaha to Oakland,” then added her distinctive signature. The book remained in her library and was found there when she passed away.[6] 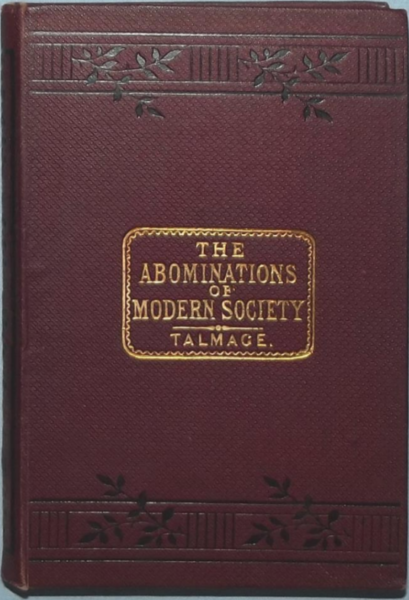 Thus far it has not been discovered that Ellen White borrowed any language from Talmage’s book The Abominations of Modern Society. 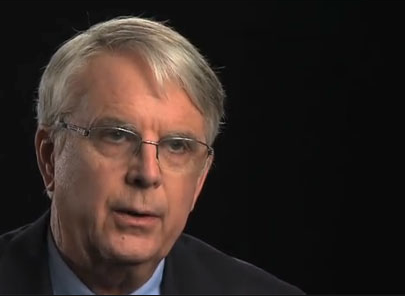