You have a distinguished pedigree with the Seventh-day Adventist church.

According to family lore my great-grandmother, Mary Anne Dicky Branson, then living in southern Illinois, converted to Adventism in early 1890s, when her young son, William Henry (Will), was five or six. Will, my maternal grandfather, would go on to serve as president of the old Southeastern Union (1915-1920), the founding president of the South African Division (1920-1930), vice-president of the General Conference (1930 to 1946), president of the China Division (1946-1949), and finally president of the General Conference (1950-1954). As a union president he attended the now-famous 1919 Bible Conference, at which he remained very quiet. However, in 1933 the Review and Herald Publishing Association printed his Reply to Canright: The Truth about Seventh-day Adventists, later reprinted under the title In Defense of the Faith. Apparently, he had honed his criticisms of Canright in late-night arguments with his father, Franklin Parker Branson, who took Canright’s side.

If you appreciate this interview, help out Adventist Today!

My father, Raymond W. Numbers, who married Lois Branson, was a minister his entire adult life. Several uncles on both sides of my family also served in the ministry: the revivalist and sometime faith-healer Glen Coon (my favorite); Roger A. Wilcox, president of the South American Division and later a general field secretary for the General Conference, who aspired to make Ellen White’s writings readily available in Spanish and Portuguese; Ernest L. Branson, my mother’s older brother, who served in Egypt as superintendent of the Middle East Union Mission and later as president of the Greater New York Conference. He was the father of my late cousin Roy Branson, with whom I had the pleasure of co-founding (with others) the Adventist Forum.

What led to the writing of Prophetess of Health?

In short, the devil made me do it—at least that’s what my dear father thought for years. The truth is more mundane. After a disastrous semester teaching LLU medical students a required course on “Science, Medicine, and Western Thought,” I decided to develop a few lectures on the historical origins of Adventist interest in health and healing. Shortly after launching my research, I discovered a portion of John Harvey Kellogg’s personal library in a locked case in the LLU library. In some volumes he had noted parallels with Ellen White’s writings, especially Christian Temperance and Bible Hygiene (1890). This discovery refocused my research, and my colleague Vern Carner talked me into writing a short book, which appeared in 1976.

Prophetess of Health came out when I was studying theology in college, and I remember the anger and concern with which it was greeted. The librarians at Walla Walla College kept it behind the desk for those with special permission to read it! How did you feel about the reaction by Seventh-day Adventists?

Even before the book appeared, the White Estate had prepared a chapter-by-chapter critique, which at the insistence of my publisher, Harper & Row, I had seen. The White Estate hoped that their critique would be so devastating that Harper & Row would refuse to publish my manuscript, not aware that I already had a solid contract. Because some of the criticisms were so ad hominem, the White Estate did not want me to see what they had said.

In the end, under pressure from the publisher, the White Estate sent Ron Graybill and Dick Schwarz to Madison to assist me in reading and responding to the critique. If both of these colleagues thought that I was off track, I revised accordingly; if one of them agreed with me, I typically left the text as originally written. Because of this exercise I was able to correct some mistakes, and I also got a pretty good idea of how the church would respond.

What surprised me the most was the betrayal of some “friends.” For example, Ron Graybill publicly claimed that I was “a wildly irresponsible historian,” and Dick Schwarz published a critical review accusing me of some problems that I had corrected because of his help. In the end, however, the attack greatly enhanced sales, especially because the published version of the White Estate’s critique prompted Time to devote an entire page to covering the controversy.

How did all of this affect your relationship with the Seventh-day Adventist Church?

Two years before the book finally appeared I had moved from Loma Linda to the University of Wisconsin. At first I attended the Adventist church in Madison, but after the General Conference sent Robert W. Olson from the White Estate to warn church members about my presence, I never returned. For several years my father declined to be seen with me if he thought other Adventists would see us, but after Spectrum published the transcript of the 1919 Bible Conference, he came to realize that Satan hadn’t been responsible for everything I had written, and wished that the 1919 Bible Conference transcript hadn’t been suppressed for half a century. By that time my mother had come down with Alzheimer’s disease (which some people blamed on my writing!) and Dad and I bonded over her care. I’m pretty sure that he died proud of me.

Why did Victorian Adventists’ interest in health move on to professional medicine, while other movements, like Christian Science, stalled at faith healing?

By the last quarter of the nineteenth century Ellen White was beginning to resent having “worldlings sneeringly [assert] that those who believe present truth are weak-minded, deficient in education, without position or influence” (Testimony for the Physicians and Helpers of the Sanitarium (n.d. [1880?]), p. 8). She thus supported Kellogg’s aspiration to develop a first-rate medical center in Battle Creek by turning the poorly equipped Battle Creek water cure into a scientifically respectable institution where a wide variety of medical and surgical techniques would be used.

The desire of administrators at the Loma Linda College of Medical Evangelists to earn an acceptable grade from the American Medical Association further promoted professionalization.

This Adventist movement is approaching 200 years old. When historians look at apocalyptic movements like this one that rely on a Divine intervention, what happens to them with the passage of time? How do they adjust when the expected events don’t happen?

The answer is both difficult and diverse. Apocalyptic movements date back at least to Old Testament times, and most of them are no longer around. Seventh-day Adventists (as opposed to other Millerite groups) prospered because of the Whites’ leadership in the nineteenth century and growth in the past century outside North America and Europe. Despite several schisms Jehovah’s Witnesses have also grown worldwide. The biggest success story in the religious world of the past hundred years is associated with premillennial Pentecostalism (and its cousin Charismatic Christianity), which began with zero in 1900 and claimed some 27% of all Christians by 2000. Who would have guessed? So what happens with the passage of time? Some flourish, some wither, and some die. Historians don’t (or shouldn’t) predict the future. And I don’t trust sociologists or social psychologists who claim to. 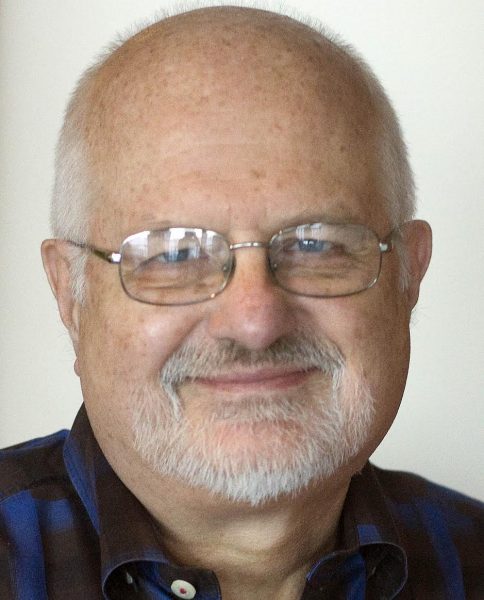 Ronald L. Numbers is Hilldale Professor Emeritus of the History of Science and Medicine and of Religious Studies at the University of Wisconsin-Madison, where he taught for nearly four decades.  He has written or edited more than two dozen books, including the forthcoming The Warfare between Science and Religion: The Idea That Wouldn’t Die (Johns Hopkins University Press), edited with Jeff Hardin and Ronald Binzley.  He is a past president of the History of Science Society, the American Society of Church History, and the International Union of History and Philosophy of Science.  He is currently completing a biography of Dr. John Harvey Kellogg, inventor of flaked cereals and scourge of meat-eaters and masturbators.