Emile Durnkheim, one of the founders of modern sociology, argued that “God is nothing more than a symbol representation of the collective energy and dominant values of the society that worships Him.” Any image of God, according to Durkheim is characterized by those traits which the society of worshippers value most among themselves. Consequently, religion is nothing more than a process whereby a group ends up worshipping itself.”(Antony Campolo, A Reasonable Faith, p.97)

While we may not agree with everything that Durnkheim says, we can agree that when God said, “Let’s make man in our image,” the Genesis narrative closes with this testimony: “And God saw everything that he had made, and behold, it was very good”(Gen. 1:31, ESV). But the moment man decided to “create God in his own image,” (Gen. 3), trouble rained down upon us and the witness is that “every thought of their imagination was corrupt.”(Gen. 6:4)

Today, they tell me that my daughter is less human than my son; my son is holier than his sister; yet we all know that “from the beginning it was not so” (Matt. 19:8, KJV). No; “…it was not like that at the time of creation” (Good News Translation); “that was not the original principle”(JB Phillips). When the Lord said, “Let us make man in our image, after our likeness: and let them have dominion over the fish of the sea, and over the fowl of the air, and over the cattle, and over all the earth, and over every creeping thing that creepeth upon the earth,” (Gen. 1:26, KJV) He had male and female on His holy mind. I know that because the next verse says it: “So God created man in his own image, in the image of God created He him; male and female created He them.” (Gen. 1:27, KJV). Paul is not misguided when he says that there is no male and there is no female (Gal. 3:28) because God created “man.” And “man” according to God is “male” and “female”. In essence, they are all “men”! That’s how God designed it to be.

Just like Jesus is no less holy than the Holy Spirit or the Father, my wife and I were wonderfully created equal in the sight of the Lord. So are my daughters and sons. I am humbled to remember that I am not in any way holier and better than my wife. Nothing in me qualifies me to be better before our Father than my wife because we are all one flesh, after all! Same soil. Same blood. Same Father. Beneficiaries of the same commission. Same grace. Same cross. To rule and to subdue (Gen. 1:28) was not only granted to the male side of the story. Yes, sin may have tampered with this arrangement (Gen. 3:14-17) but I reckon that those who are in Christ are new creatures (2 Cor. 5:17; cf. Gal. 6:15). And so, I choose to operate on the higher principle of heaven: “even as it was in the beginning.” I respect the will of my Father in spite of being surrounded by a sinful world. I respect woman as an equal mate. Our body parts may be different in some ways, but we are uniquely equal and one.

The sad note comes from the theologian who was supposed to know better, but now seems to be both too blinded, and too driven by the instincts of his/her culture and sin, that he/she has even turned out to be the champion of this subtle dualism haunting Christianity today. The “Man of God” has now sadly become the “god of Man.” People willingly listen to culture more than they will to the whisperings of the Holy Spirit. They look to their favorite pastor or theologian rather than regard a “thus says the Lord”-guided conviction. “If it does not fit my culture, it’s not from God, and it’s not for me,” seems to be the principle in operation.

And it’s understandable in that even the apostles had their doubts about God’s voice in their lives, at least, at some points. Peter comes to my mind: He went down in history as having challenged God on what is “clean,” and went on a limb to call “unclean” that which God had cleansed (Acts 10:13-14). It was almost like he was educating God on what is acceptable before Him! God had to protest Peter’s cultural prejudice: “You must stop calling unclean what God has made clean.” (Acts 10:15).

What we learn from this story is that the ultimate prerogative to ordain or sanctify something is not in the hands of His followers (the church) but is His alone—so much so that sometimes He may even surprise us (the church) with a shocking experience like Peter’s. That reminds us of the need to be humble. It warns us that to walk with the Lord, we always need to be humble, ready and willing to listen to the direction of the wind of His Spirit even when it goes against what we have always wanted to cherish—yes, our culture! And so, Peter broke every policy of the church and technically disobeyed the church because he had to obey the Owner of the church!

And he did this even before consulting the denominational session of the day!

This is why I will always salute the early church headquartered in Jerusalem and that Jerusalem council. Even when the theological matter before them had no precedence in their Scriptures, when no Jew had ever been allowed to preach to the heathen, they said: as long as it does not violate the moral law and does not destroy the work of the Lord, we will let the Lord have His will among us. They voted with a resounding “Aye!” And they further said, “It seemed good to the Holy Ghost, and to us, to lay upon you no greater burden than these necessary things” (Acts 15:28, KJV).

Here is some more from that discourse:

“And after they had held their peace, James answered, saying, Men and brethren, hearken unto me: Simeon hath declared how God at the first did visit the Gentiles, to take out of them a people for his name. And to this agree the words of the prophets; as it is written, After this I will return, and will build again the tabernacle of David, which is fallen down; and I will build again the ruins thereof, and I will set it up: That the residue of men might seek after the Lord, and all the Gentiles, upon whom my name is called, saith the Lord, who doeth all these things. Known unto God are all his works from the beginning of the world. Wherefore my sentence is, that we trouble not them, which from among the Gentiles are turned to God: But that we write unto them, that they abstain from pollutions of idols, and from fornication, and from things strangled, and from blood. For Moses of old time hath in every city them that preach him, being read in the synagogues every sabbath day.” (Acts 15:13-21, KJV)

Today I am proudly a Christian and a Christian theologian, courtesy of men and women who were willing to put their personal prejudices, political ambitions and the dictates of their traditions aside when God signaled a different direction.

Notice how they referred back to prophecy (the Bible) and thus confirmed God’s will about reaching out to the heathens and accepting them into the church. I admire their humble attitude when they discovered that it was already prophesied that God will do this at the end of time. They could not fight against it in order to preserve their preferred traditions or practices.

I am sad to note that today the very people who were not in any way supposed to be part of the priesthood just by virtue of not being Jewish, let alone not being descendants of the Levite clans, want to be an obstacle to the sisters whom the Lord has explicitly called to preach the gospel—even though Joel 2:28 has never been repealed from the Scriptures and Paul reminds us that with God “There is neither Jew nor Greek, there is neither bond nor free, there is neither male nor female: for ye are all one in Christ Jesus” when it comes to both salvation and serving Him (Gal. 3:28).

It reminds me of the Lord’s parable about the unforgiving servant (Matt. 18:23-35). He owed so much, and was forgiven so much, but alas! The poor fellow, benefited nothing from the grace of forgiveness he had received. He portrayed himself as if he were not a debtor to somebody else. When I consider some of our debates in the church today, I feel like crying out:

“O thou wicked servant, I forgave thee all that debt, because thou desiredst me: Shouldest not thou also have had compassion on thy fellowservant, even as I had pity on thee?” (Matt. 18:32-33).

I made you “priests” (Rev. 1:6) and “ordained” you even when you were not supposed to enter my holy court in my temple (Eph. 2:1ff). Is this how you want to treat those who are weak to you just because you have the privilege of power and education? I feel the pains of shame in me. Non-Jews, claiming to be “priests” and “ordained”? “You which were afar off” (Eph.2:17, KJV); people who are not descendants of Moses and Aaron or the Levites? People who would not even be allowed a foot in God’s temple (Ezek. 44:9)—are you the ones becoming an obstacle to each other? Where do you get that audacity? Let alone daring to bar your fellow “outcasts” from appropriating the same privilege to consider yourself deserving, when in the first place you didn’t merit the Lord’s grace?

Given all that, then, to the question of whether to ordain women or not, I ask you: Are you the right person to argue against ordination? I’d rather have the sons of Levi argue with me than you. Shut up your mouth and be humble before the Lord!

Selective application of biblical principles and theologies could be dangerous and may prove disastrous to the church. You can’t apply part of the Mosaic law and ignore the other without explicit rationale. Had the church in Jerusalem had the mentality the church today has, I wonder where some of us would be by now? Thank you, Lord, for people who were humble enough to put aside their personal idiosyncrasies and cultural prejudices, and were willing enough to allow You to have your way…I am a debtor to You because of them.

The reality is: when man makes culture there is hope, because he can unmake it when his circle of enlightenment grows. But when culture makes a man, there is no hope!

I can only pray for the day Jesus will enlighten our culture-blinded eyes and illuminate our prejudiced brains. Yes, one day He shall remove all genders and make us sexless fellows, if this is what He meant when He said, “You are wrong, because you know neither the Scriptures nor the power of God. For in the resurrection they neither marry nor are given in marriage, but are like angels in heaven.”(Matt. 22;29-30, ESV, cf. Rom. 3).

I am tired of worshipping the gods of culture. My only fear is that when the Lord makes us “sexless” some of us will be tempted to prevent our daughters and wives from becoming like angels! 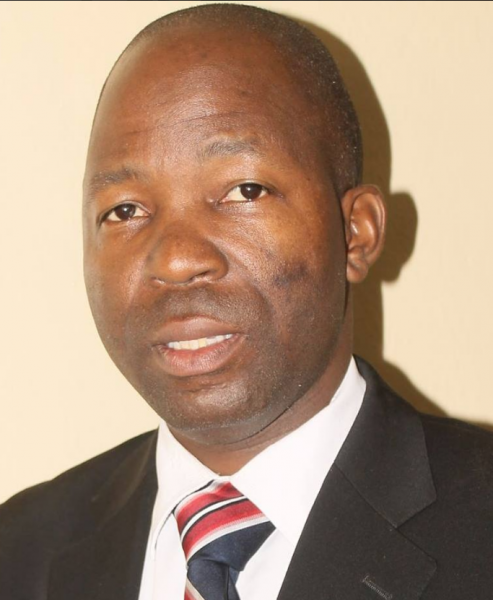 John Anderson Giovanni Phiri is the president of the Central Malawi Conference in Africa. He has been in the ministry for 20 years. He is married to Ireen, and they have four children, two girls and two boys.