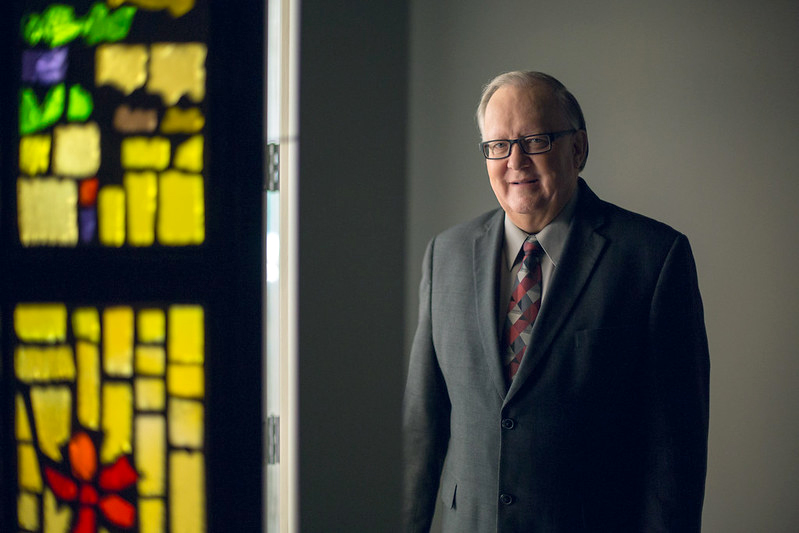 On Sabbath morning, July 23, 2022, Daniel R. Jackson, former president of the Seventh-day Adventist Church in North America, passed to his rest after several months of battling cancer. He was 73.

Jackson, who served the Adventist Church for 49 years, retired in July 2020 after serving as North American Division (NAD) president for a decade. As president, Jackson made many contributions to the church in North America during his 10 years of service at the division, including the building up of the NAD Ministerial Association; the creation of a missional strategic plan; and the addition of the Guam-Micronesia Mission, Oakwood University, Pacific Press Publishing Association, AdventSource, and Christian Record Services for the Blind.

In addition to the division moving to its own headquarters in Columbia, Maryland, in 2017, record tithe came in annually during Jackson’s tenure; almost 1,000 churches were planted; more than 300,000 people were baptized; and the legacy Adventist media ministries (Breath of Life, Faith for Today, It Is Written, and Escrito Está, Jesus 101, La Voz de la Esperanza, Lifetalk Radio, and the Voice of Prophecy) found their own homes and identities. During this time the number of women working as pastors and chaplains doubled; the Adventist Learning Community, a robust digital ministry resource, was created; both the Young Adult Life initiative and Big Data + Social Media department came to fruition; and the division started the magazine Adventist Journey.

Jackson, a native Canadian and, with the exception of five years of service in the Southern Asia Division, lived and ministered in the North American Division. He was a graduate of Canadian Union College (now Burman University) and Andrews University, from which he held an M.A. in Religion in Systematic Theology. Jackson was one of the authors of the book Becoming a Mission-Driven Church.

He was known for his love of music, keen sense of humor, and mission-mindedness—all hallmarks of his ministry throughout the years.

During his career, Jackson served the church as a pastor, teacher, and administrator. But Jackson, who frequently started a talk or sermon reminding his audience that he was “a broken man in need of the Savior,” often said that foremost, he was a fellow traveler on the same path as every Christian headed toward the kingdom.

“Elder Dan Jackson was not only a fellow colleague in ministry, he was also a true friend and brother who demonstrated his faith in real and practical ways. Having served with him for 10 years I can say with authority that he was the genuine article. It is no overstatement to say a giant among us has fallen,” said G. Alexander Bryant, current NAD president and successor to Jackson.

Bryant continued, “He stood firmly on his convictions with courage and humility. He would often lend his voice to speak up for the marginalized and the disenfranchised among us. He embodied the concept of servant leadership; and he empowered others around him and assisted them in striving for their God-given potential. This church has been tremendously blessed by his ministry and is the better off because Elder Jackson walked among us.”

“Elder Jackson was such a godly man and a wonderful leader,” said Kyoshn Ahn, NAD executive secretary. “His kindness and courage inspired many members. His love for the church was infinite and unlimited. He simply lived out the gospel he preached so passionately. God has immensely blessed the church and the NAD with his leadership and service.”

Current NAD treasurer/CFO Randy Robinson said, “Elder Jackson had a passion for Jesus, for the Seventh-day Adventist Church, and for the members of the North American Division. You could not be around him for any length of time without recognizing each of those three passions. During his tenure, he led the church in North America forward as he depended on the grace of Jesus. He will be deeply missed!”

“When Dan was elected NAD president in 2010, I felt that he was the man of the hour and what we needed in leadership,” shared Thomas G. Evans, former treasurer/CFO who worked with Jackson for more than eight years at the division. “He lived his love for Christ and promoted it to those around him. He reminded all of us that we are broken and need the Lord. One of the highlights of his tenure was the move of the NAD office from the General Conference in Silver Spring to Columbia, which continues to prove to be a blessing to the division.

Evans added, “Dan was also a family man. He loved Donna and his kids and extended family. He will be missed by all who knew him.”