Constituency Votes for Continuity in Northern California Conference Despite Detractors 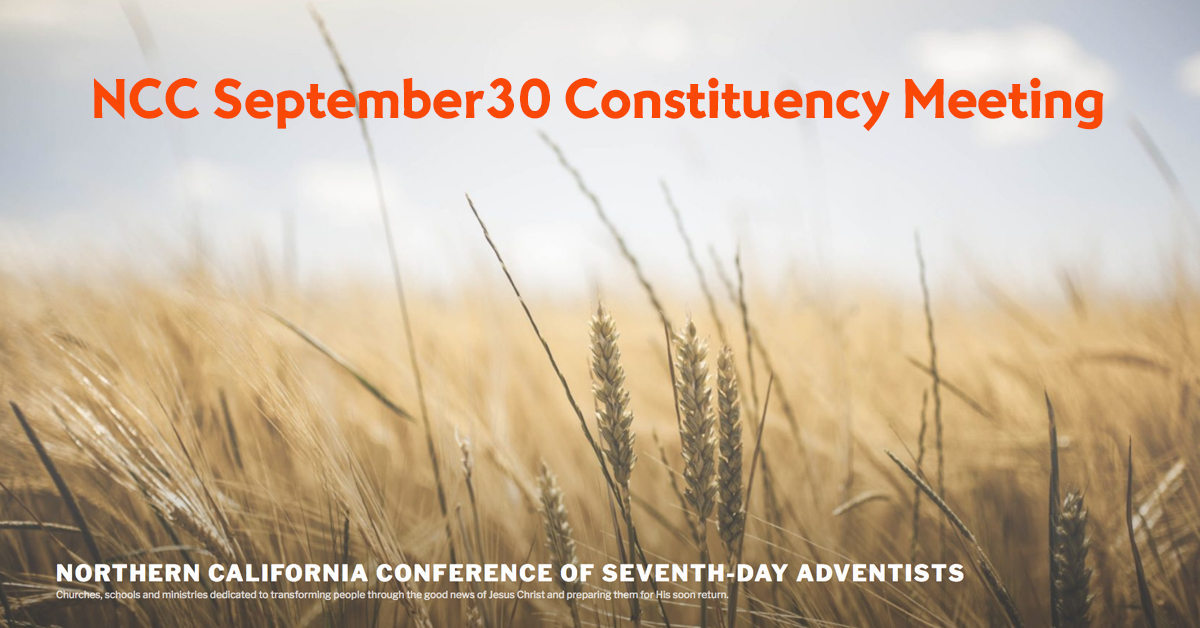 2 October 2018  |  On Sunday delegates gathered for a regular constituency session which had been the focus of some pressure from ultra-conservative critics building up to the meeting. In the Adventist denomination’s Northern California Conference, about 600 delegates met at the Fairmont church in Lodi. They voted to approve the report of the nominating committee, electing Pastor Marc Woodson as conference president, Pastor Jose Marin as executive secretary and John Rasmussen to continue as treasurer.

Woodson had been serving as executive secretary with Pastor Jim Pedersen who recently retired as conference president. Marin was executive secretary of the Arizona Conference. Woodson was first elected a conference officer in 2007. A native of California, he has served as a youth pastor, campus chaplain, senior pastor and associate youth director for the Southeastern California Conference. He has a college degree from Oakwood University, seminary degree from Andrews University and Doctor of Ministry from Fuller Theological Seminary in Pasadena, California. He first came to Northern California as an associate pastor at the Concord church. In March, Woodson declined election as vice president of the North Pacific Union Conference to stay in Northern California.

The delegates also voted to make changes in the conference bylaws, extending the time between regular constituency sessions from 24 to 30 months, beginning after the 2022 session, and lengthening terms of office to five years. They also capped the number of ex officio delegates from the union conference, North American Division, and General Conference to 10 percent of the total number of regular delegates at a session. Another change requires the appointment of a parliamentarian in advance of any constituency meeting.

Delegates also voted to approve moving the conference office to Roseville and the purchase of a building from Adventist Health. The new office will be located at 2100 Douglas Boulevard in the suburb of Sacramento.

The delegates did not vote on two other motions submitted by the Golden Feather church and promoted by Fulcrum7, an ultra-traditionalist independent Adventist group. The church is a 60-member congregation located in the foothills of the Sierra Nevada mountains east of Chico, California.

The two motions were entitled “To Address Compromise in Institutions of Higher Education.” The first one stated that the conference provides support for Oakwood University in Alabama, and La Sierra University and Pacific Union College in California. It contained accusations about attitudes toward LGBT issues on campus at these and other Adventist institutions.

“Many of our other fundamental beliefs were compromised to arrive at such apostasy,” the proposed motion stated, “including: biblical authority, salvation, the church, the Great Controversy theme, the Remnant Church theology, baptism, the Lord’s Supper, the Law of God, church discipline and others.” The conference executive committee examined the allegations and informed the church that there was a lack of supporting evidence for them.

The second motion proposed that the delegates vote; “As constituents, we request a report from each university/college in our union regarding what they are doing: (a) To strongly promote our official church beliefs and practices. (b) To discourage and eliminate the promotion of unbiblical doctrines and practices, including either removing errant pastors and teachers or sharing with constituents their change of heart along with their strong efforts to correct the damage by promoting the truth. (c) To screen students who are not in harmony with our official beliefs and practices and thus reduce the influence on other students to follow the same path.”

And, it stated, “We request transparent conversations between constituents and university administrators about the feasibility of the above, considering questions such as: (1) Does accepting government money limit their ability to reform? (2) Do they feel they have enough political support from the faculty and the constituents to effect reform?”

The membership of the Northern California Conference grew from about 35,000 in 2008 to nearly 41,000 today despite nearly 3,000 names removed in 2011 when there was an audit of the membership records. It has 162 congregations and sends more than $6 million in tithe to the General Conference each year.