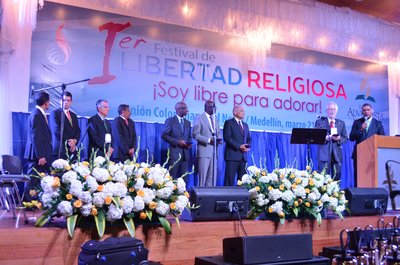 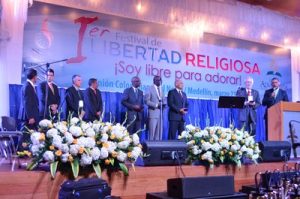 The conference gave church leaders in the Inter-American Division (IAD) territory the opportunity to talk about the importance of strengthening relations between church and state, as well as reinforcing the presence of the International Religious Liberty Association (IRLA) across the region.  Top church leaders emphasized the need for the constant defense of religious liberty among all the countries operating its administrative offices and institutions.

Adventist World Church president Ted N.C. Wilson spoke to the 300 delegates on the commitment of the Adventist church when defending freedom of religion for people of all faiths.

“I am very proud because the Seventh-day Adventist Church has maintained a firm position that persons with a religious perspective different from ours be defended because we believe they have the right to freedom of conscience,” said Wilson. “We have the obligation to ensure that people from whatever social, educational, economic and ethnic situation can enjoy freedom of conscience.”

Coordinator of religious affairs in Colombia, Dr. Lorena Rios, spoke of the IRLA and its influence in ensuring that issues are reflected in the law of the country.  Colombia is being watched by the world because we are going through a key process for peace and postwar and the church has played a key role through chaplaincies,” said Rios. “The government will establish the framework so the church can operate towards that.”

Although there are no countries in the IAD which restrict religious freedom to individuals, “our leaders in all of our countries must remain vigilant and continue strengthening relationships with government authorities in favor of this religious liberty cause,” Herrera said.

“One of the great questions we have to ask ourselves is whether we are willing to sacrifice freedom of expression for security and peace, and that is the reason why, when we have the privilege of living in a country like Colombia and other countries in Latin America, where there is religious freedom, we have to take time to thank God, country and government,” said Graz.

Graz received a special award for the more than 30 years of service in favor of religious liberty around the world.

Congress delegates participated in presentations on the importance of church-state relations and how to improve them, how to meet a government official or influential person, the role of the state and the church from a theological perspective, the Muslim minority in Europe, the issue of the law against religious defamation, the role of Christian universities in strengthening church-state relations, and more.

For Kern Tobias, president of the church in the Caribbean Union, religious liberty is enjoyed in the dozens of islands that belong to the region. Religious freedom has been crucial when upholding the freedom of worship of some individuals as well as issues with university students presenting exams on Saturday, he added.

“The government across our islands respects the Adventist Church highly because they know the church is contributing to society through our schools and hospitals so we continue to stay active in promoting religious liberty in our territory,” Tobias said.

Ada Maria Funes, an Adventist lawyer in Honduras, said the congress brought reaffirmation and a boost to continue fighting for the rights of individuals back in the Central American country when it comes to religious liberty. There are some challenges because there is little legislation in Honduras to favor church members.

“We have had to face many challenges with a lot of ignorance regarding the rights of our members as well as on the part of the authorities,” said Funes.  Currently, the church has been able to collaborate with law schools to train lawyers and those in educational institutions on religious liberty to facilitate the cases that come up regarding student tests on Saturdays.

“We have about one case per week where we deal with Adventist students who need to present their tests on days other than Saturdays, so we are working on changing the legislation to assist in these cases,” Funes added. During the  Religious Liberty Festival, Wilson reminded religious freedom promoters to continue lifting the flame of religious liberty and challenged the church to fulfill its mission with the message for salvation.

“What a tremendous responsibility we have to proclaim Jesus’ message in the context of religious freedom,” said Wilson. “The mandate of the great God is to be a messenger of the cross and help people understand that religious freedom is a gift from heaven.”

“God reminds us today that we are a remnant church, that religious liberty is a means that we should use to preach the gospel,” said Herrera as the torch of freedom was passed on from church leader to church leader. 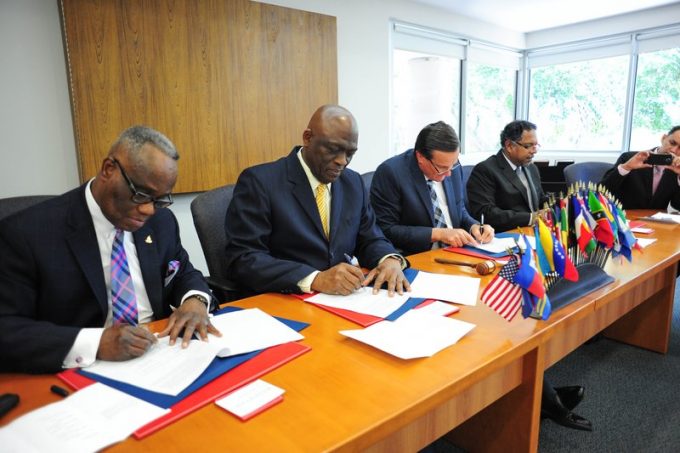