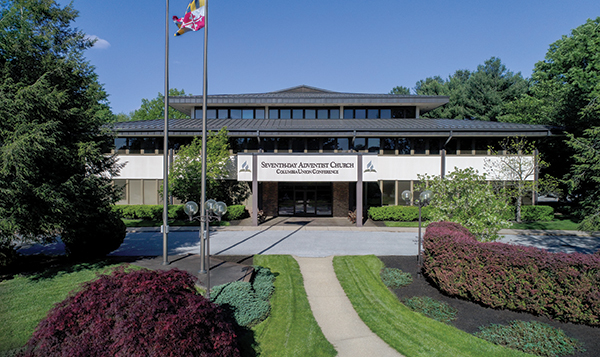 23 September 2018  |  After reviewing several reports of good news about the mission of the church in their territory, the members of the executive committee of the Adventist denomination’s Columbia Union Conference at its most recent meeting turned to the “noncompliance” proposal to be discussed at the Annual Council of the General Conference executive committee in October.

The committee discussed the proposed new system to address “noncompliance” with certain policies and actions. While it considers further action, the committee calls members to set aside the Sabbath during Annual Council (October 13) as a day of prayer.

“This has moved way beyond ordination” said Pastor Dave Weigley, the union conference president. “It challenges our Protestant DNA, values and grassroots governance, and means we would become a more top-down organization. Let’s pray that the decisions will advance mission and not constrain the moving of the Holy Spirit.”

Adventist Today has reported that a similar call for fasting and prayer has been made in the North Pacific Union Conference and several places in Europe. A number of letters from readers, several of them leaders in congregations around the world, have made similar proposals for times of fasting and prayer for the future of the Adventist denomination.

The Columbia Union Conference executive committee had met in Columbus, Ohio, to see the new office of the Allegheny West Conference. In other good news, they were told that giving to the Tithe Fund rose by $6 million or 9 percent above the previous year and took some time for a prayer of thanksgiving. They also rejoiced when Pastor Frank Bondurant, vice president for Ministries Development, announced that 55 new congregations have been planted this year in the union territory.

The Columbia Union Conference covers eight of the United States along the east coast, including West Virginia and Ohio. It has 150,000 church members in nearly 1,000 congregations in one of the most urbanized regions of North America with a total population of 53 million. It operates two large hospital systems, two universities and a number of elementary and secondary schools and community service agencies. Both the North American and GC headquarters are located in this region, along with the international Adventist Develop and Relief Agency (ADRA) and several other Adventist entities.