Does Science Compel the Church to Accept Evolution? 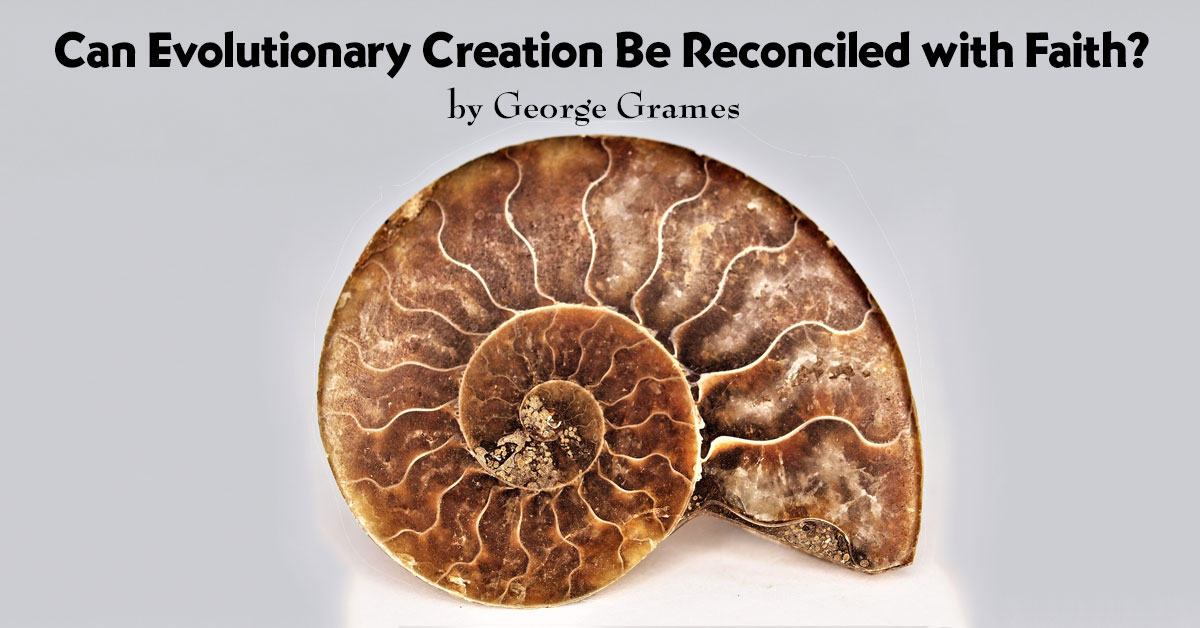 In the summer 2019 Adventist Today magazine April Maskiewicz Cordero authored a piece entitled “Dividing the Church Over Evolution.” The author’s position is that “Evolutionary creation is one of many ways Christians may reconcile mainstream scientific findings with their faith.”

I argue that, on the contrary, evolutionary creation does not reconcile mainstream scientific findings with their faith. Mainstream evolutionary science does not accept any supernatural intervention in coding information necessary to produce disparate body plans. It is not an issue of reconciling, but rather acquiescing to, a spontaneous and random process and ignoring how the coding information in genes and epigenetic codes developed.

Embedded in biology are DNA codes, epigenetic codes, and abstract algorithms that direct the development of each new body form, and are out of the reach of natural law. Indeed, natural law is foreign to coding because in a natural code the next line of the code and the following lines would be known in advance. Such a code would be useless.

Recognizing the scientific evidence for an old earth does not extrapolate to an automatic acceptance of the theory of evolution. According to Denis O. Lamoureux, “God put in motion extremely well-designed natural processes which he used to self-assemble the entire world.” In other words, God exited the arena of creativity billions of years ago. Lamoureux cites self-organization and self-assembly as evolutionary mechanisms of evolutionary progression to higher forms of life.[1]

Robert M. Macnab, an evolutionary biologist from Yale University, published an elegant 19-page review article on the self-assembly of the bacterial flagellum, titled “How Bacteria Assemble Flagella.” He concluded that “the process of flagellar assembly is a remarkable one, involving many genes and gene products……How they evolved is another matter.”[2]

A number of evolutionary scientists recognize problems with the theory of evolution. Leslie Orgel, an origin-of-life evolutionist stated: “No solution of the origin-of-life problem will be possible until the gap between the two kinds of chemistry is closed. Simplification of product mixtures through the self-organization of organic reaction sequences, whether cyclic or not, would help enormously, as would the discovery of very simple replicating polymers. However, solutions offered by supporters of genetic or metabolic scenarios that are dependent on ‘if pigs could fly’ hypothetical chemistry are unlikely to help.” [3]

In 2007, Harvard chemist George Whitesides was awarded the Priestley Medal, the highest award of the American Chemical Society. During his acceptance speech, he offered this stark analysis: “Most chemists believe, as do I, that life emerged spontaneously from mixtures of molecules in the prebiotic Earth. How? I have no idea.”[4]

Evolutionary biologists Joseph Thornton and Rob DeSalle wrote in the Annual Review of Genomics and Human Genetics: “It remains a mystery how the undirected process of mutation, combined with natural selection, has resulted in the creation of thousands of new proteins with extraordinarily diverse and well optimized functions”. [5]

In his 2002 book, The Emergence of Everything, Harold Morowitz, an origin-of-life evolutionist, provides no scientific support for the emergence of anything. In chapter 11 on the emergence of metabolism (page 72) he says, “At present there is no scheme for generating the metabolic chart from such basics, but hope springs eternal.” Further on in a chapter “Analyzing Emergence” (page 181) he writes, “In one way or another, favored autocatalytic chemical networks emerged, and the method of complexification changed to making information rich polymers.”[7]

Frank Salisbury, evolutionary biologist, recognized that the system of genetic information, transcription, and translation machinery must be present at the same time, and both must speak the same language. “The link between DNA and the enzyme is a highly complex one, involving RNA and an enzyme for its synthesis on a DNA template, ribosomes, enzymes to activate the amino acids, and transfer-RNA molecules. … It’s as though everything must happen at once: the entire system must come into being as one unit, or it is worthless. There may well be ways out of this dilemma, but I don’t see them at the moment.”[8]

Fifty years later the synthesis of this system remains an evolutionary conundrum. Even Darwin intuitively recognized this problem, as he wrote in Origin of Species: “If it could be demonstrated that any complex organ existed, which could not possibly have been formed by numerous, successive, slight modifications, my theory would absolutely break down.”[9]

Coding for, and producing proteins, only produces biologic building material. The chimpanzee and humans have virtually identical DNA coding for building material, but there is additional complex specified information in non-coding DNA and epigenetic information in the fertilized eggs and developing embryos that defines the end product. One site where the information for body plans resides is in the non-coding DNA, previously considered “junk DNA.” There are at least three sites for epigenetic coding information. Eric Davidson, an evolutionary biologist from Cal Tech, was one of the leading scientists in the field of evolutionary development (evo-devo). He stated that, “contrary to classical evolution theory, the processes that drive the small changes observed as species diverge cannot be taken as models for the evolution of body plans in animals.” He further states, “neo-Darwinian evolution…. assumes that all process works the same way, so that evolution of enzymes or flower colors can be used as current proxies for study of evolution of the body plan. It erroneously assumes that change in protein binding-coding sequence is the basic cause of change in developmental program; and it erroneously assumes that evolutionary change in body-plan morphology occurs by a continuous process. All of these assumptions are basically counterfactual. This is not surprising, since the neo-Darwinian synthesis from which these ideas stem was a pre-molecular biology concoction focused on population genetics and…. natural history, neither of which have any direct mechanistic import for the genomic regulatory systems that drive embryonic development of the body plan.”[10]

Davidson has identified Developmental Gene Regulatory Networks (dGRN) in the non-coding DNA that are best described as complex circuit boards that switch many genes off and on. He describes it this way: “There is always an observable consequence if a dGRN sub circuit is interrupted. Since these consequences are always catastrophically bad, flexibility is minimal, and since the sub circuits are all interconnected, the whole network partakes of the quality that there is only one way for things to work. And indeed, the embryos of each species develop in only one way.”[11]

The late biologist Lynn Margulis, a well-respected member of the National Academy of Sciences until her death in 2011, explained in a 2011 interview that Neo-Darwinists claim that new species emerge when mutations occur and modify an organism. “I was taught over and over again that the accumulation of random mutations led to evolutionary change-led to new species. I believed it until I looked for evidence.”[12]

Davidson concluded: “Thus, how evolution of the animal body plan has occurred is a question that in the end can only be addressed in the terms of transcriptional regulatory systems biology.”[13]

There is no empirical scientific support for self-assembly of complex living organisms. Wolfgang Smith writes: “The point, however, is that the doctrine of evolution has swept the world ….It affirms, in effect, that living beings created themselves, which is, in essence, a metaphysical claim”.[14]

The author made a very definitive statement: “Because the evidence for evolution is so abundant, consistent, and convincing…that all life, including humans, share a common ancestor.” Where is the empirical scientific evidence? The Journal of Molecular Evolution, since its inception in 1971, has not published an article on how a nano-machine is produced in a step-by-step Darwinian fashion.

In conclusion, until science discovers how animals, such as giraffes and elephants, acquire new coding information as they diverge from their common ancestor, it is not unreasonable to attribute that acquisition to God, who must have created new coded information intermittently during earth’s long history. However, that position alienates the “believer” from evolutionary science. 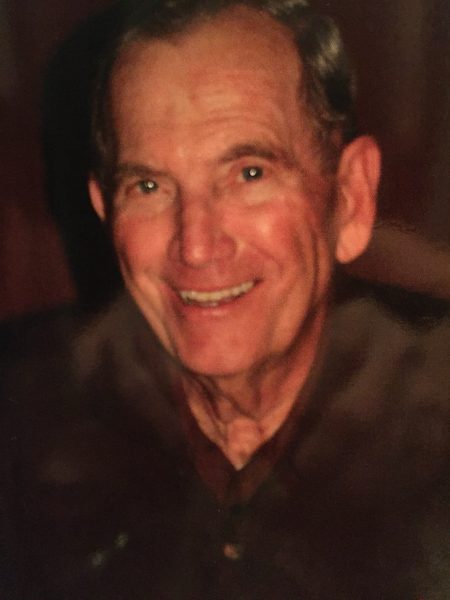 George Grames is a retired nephrologist. He was a professor of medicine at Loma Linda University for 20 years. He lives in Redlands, California.