But Why Won’t You Dialogue With Us?

As a regular participant in the Adventist Today Sabbath Seminar (ATSS), both as a class member and moderator, I was delighted to see that ATSS’s organizer and pastor Loren Seibold had invited Adventist Review editor Bill Knott to be the teacher on December 3.

Of course, I’d heard Bill other times over the years when we shared a congregation in Maryland. Bill’s younger son and my daughter attended Spencerville Adventist Academy and graduated together, once even attending a banquet together.

Indeed, Bill’s presentation (which you can watch here) was as thoughtful as I had anticipated. In the years when our lives and families had mingled, I always found Bill genuine, caring and engaging. His presentation on December 3 reflected what I knew of him. His call for a return to a more dialogical Adventism is greatly needed, as his admonition to those of us who are on the margins of Adventism to not give up reflects his openness, interest and desire.

However it does not, in my opinion, reflect the reality of this denomination’s leadership as it is now, a church that presses its views down across so many levels of church leadership that are beholden to the corporate church for income.

To me personally, though, Bill’s call for me to hang on, to seek dialogue, seems almost meaningless. Given the position that church leaders have taken regarding LGBTQI+ (lesbian, gay, bisexual, transgender, queer, intersex +) people like me, my attempts at conversation about the realities of my transgender life have borne little fruit. I get one chance at living this life and helping to bring life to others, so I have chosen to work with LGBTQI+ people, young and old, and their families, who I can help to find a spiritual path through the oppressive positions of conservative life in an at-times oppressive culture—literally live, and not become a sad statistic of suicide or attempted suicide.

From stories to reality

Early on in the discussion Loren read to the group a paragraph that had been sent to him by Floyd Pönitz, the president of Seventh-day Adventist Kinship International. Floyd said that he was attending, at the very time Loren was reading the question, the funeral of an LGBTQI+ student from Andrews University who had given up the fight and taken his own life.

Floyd wrote, and Loren read, “If Adventism was birthed in dialogue and argument, why is no one from the General Conference or North American Division willing to dialogue directly with Seventh-day Adventist Kinship and the church’s LGBTQI+ members to hear our stories and where we are coming from?”

Bill responded—not without concern—that he had heard stories about LGBTQI+ people taking their own lives or self-harming.

Still, it was the expression “I have heard stories” that was, to me, illustrative of the problem. For my part, I have not just heard stories; I have lived it.

I’ve personally talked such people back from the brink. I’ve worked to ensure resources are activated so that they see another morning. I have sat and listened to many LGBTQI+ young people who grew up Adventist, in the Adventist educational system, tell their stories of contemplating (and sometimes acting on) the impulse to take their own lives. Often it was the intervention of one kind person, or an odd coincidence, that prevented them from taking their own life. I once held a mother who, even years after her gay son died by suicide, after years of advocacy for an affirming church community to save others, was overcome with grief—blaming herself for once letting her child believe that God could not love him as he was.

I’m certainly not placing the blame on Bill, even though it was his statement that triggered this response. Bill is a kind person.

I am, however, placing that blame on the theology, statements, and actions of the Adventist church that have created the excluding and marginalizing environment that pervades much of the Adventist world, its families and institutions. I blame the failure of theologians, church administrators and leaders to engage and dialogue with the LGBTQI+ people within the church, who are committed and devoted Christians. Nor has the church engaged with the social sciences, medicine, and the hard sciences. It is this failure to engage that has led to the church’s holding stances that are at best poorly informed, and at their worst foster the marginalization that is the major issue when mental health and suicide of LGBTQI+ people is considered.

Please understand that neither my nor other LGBTQI+ people’s humanity, relationships, or faithfulness to God is up for debate or negotiation. My fitness to participate and even to lead others in positive spiritual paths isn’t either.

Until the church’s corporate leadership takes a different stance than it currently takes, we who advocate for LGBTQI+ Adventists are crippled in our ability to engage with people with the life-saving, life-affirming authority we could have. We will certainly continue to work to save lives. But we are, at present, excluded from so much by the attitudes of our church’s leaders.

I am glad that Adventist healthcare institutions are positively engaged in conversation and action that creates the space to meet the healthcare needs of the communities where they serve LGBTQI+ people. They have employee policies and practices in place that are supportive of LGBTQI+ employees and their families, and those of us who do the work of educating in this area are welcomed and even sought out at times.

North American colleges and universities are a mixed bag.[1] They all realize that they must engage at some level to support the LGBTQI+ students on their campuses. Some university campuses provide limited access to Kinship and other student gay-straight alliance groups—but most do so with hesitation and trepidation.

Why won’t you talk with us?

When I was seen as a white male, cisgender, heterosexual, married parent, I was a local church head elder in two different churches in two different conferences. I was seen fit to preach, teach, and hold nearly every office in my church, sit on Union committees, be the chairperson of the local school board, and teach at Andrews University.

I have known since early childhood that I was a transgender person. I am still faithfully and happily married to the same person I married 38 years ago, and with whom I share two marvelous children. I am still a follower of Jesus of Nazareth.

But once I decided I had to live fully as my authentic self I became unfit, in my church’s estimation, for so many things.

In the nearly eight years since I have been gone from Andrews University, I have not had a single invitation to speak on campus, either in my capacity as a professional aviator and trainer, or as a voice on the topic of transgender people and experience. In both areas I am recognized as an authority. I present at national conferences. I consult with corporations and institutions.

I have been asked by church leadership to speak only once, seven years ago, to a gathering sponsored by the North American Division (NAD) under the leadership of the late Dan Jackson. During the weekend there were many presentations about transgender people and the topic of transgenderism. But in that gathering of nearly 100 people, there were but two transgender people with a combined presentation time of less than two hours.

The weekend, it seemed to me, wasn’t about dialogue. It was the church’s investigating and talking about what they thought of transgender people. I was grateful for the opportunity, and I believe good came from it—but dialogue is never built on talking about some group, but talking with them.

When church leadership is ready to truly, honestly dialog, to build and not exclude, there are many of us who are eager to engage. We are easy to find and willing to be in the conversation.

You will, I hope, forgive my cynicism when I say that we have made this offer for so long that it seems a waste of energy to make it yet again.

If you can talk to GYC…

In his presentation—I think as an affirmation of his broadmindedness—Bill Knott said that he had attended nine straight Generation of Youth for Christ events. (GYC is the very conservative Last Generation Theology branch of youth ministry, highly favored and much supported by Elder Ted Wilson.)

I wanted to ask Bill: in that space of time, how many Seventh-Day Adventist Kinship Kampmeetings have you attended? Even one? We are easy to find and engage with, if one tries even a little. Our plea for dialogue is legitimate, and it almost certainly would save lives.

Again, I am grateful for Bill’s affirmation of the idea of dialogue. But as my friend Floyd Pönitz wrote, “I agree with much of Bill’s answer, but let’s see some movement rather than just hear talk.”[2] If the church is to be dialogical in nature, the leadership at the General Conference level and on down through the structure will need to facilitate that dialogue with those that it has for so long marginalized.

For my part, I will continue to work to prevent the death and harm of LGBTQI+ people who cross my path, despite the church’s ill-informed attitudes and statements about human sexuality and gender. There is ample scientific and even theological justification for fully affirming LGBTQI+ people.

But as I have said, it is increasingly difficult for me to hold out hope of significant positive change in Adventism within my remaining lifetime, given the trajectory of what I’m seeing so far. I hope I will be proven wrong. 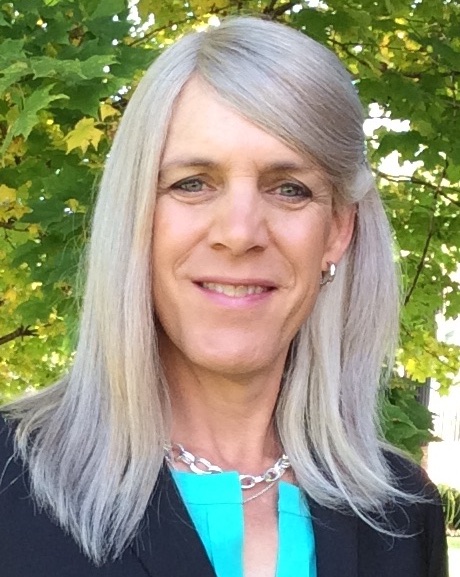 Randi Robertson is an instructor/pilot for JetBlue Airlines. She teaches at JetBlue University at Orlando International Airport.