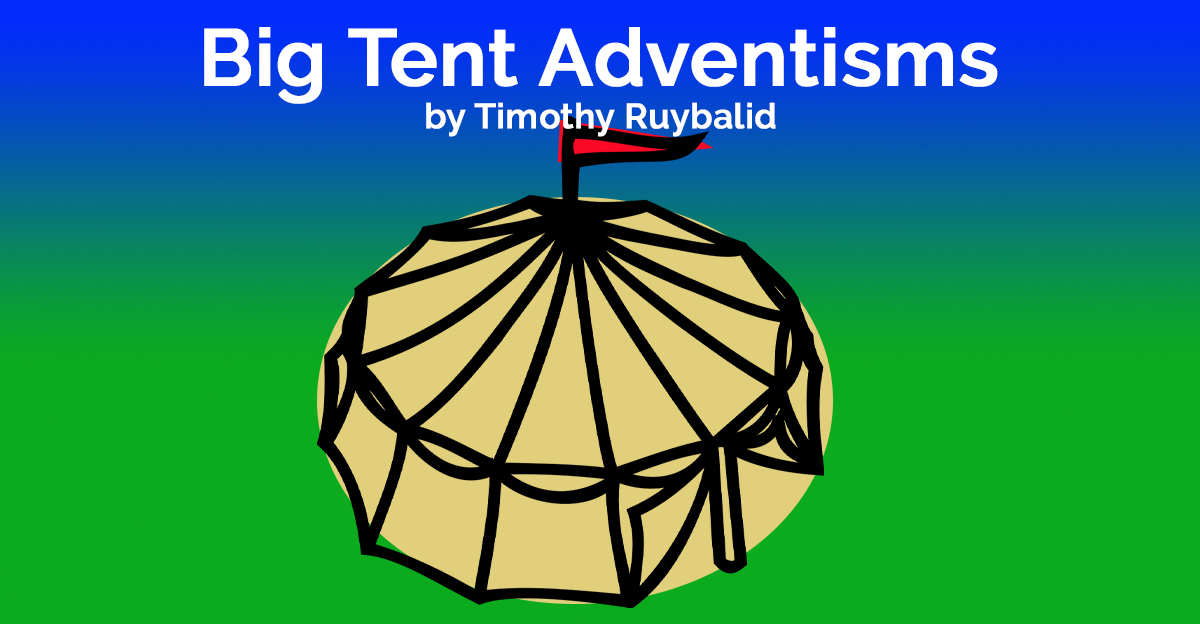 I imagined the other day that Dr. Sandra Roberts, president of Southeastern California Conference, was elected as president of the Seventh-day Adventist world church. I have no idea how this would happen, but perhaps, in my imagined scenario, two conservative factions supported different candidates and split their vote, which allowed the progressive/moderate wing to vote Dr. Roberts in. And then the next day the denomination split as the union conferences of the North American, Trans-European, Inter-European, and South Pacific divisions acknowledged her authority and all the other unions in all the other divisions did not and formed their own denomination.

I am saddened by the pursuit of some sort of ultimate victory, and the authority to impose our will upon others, that has caught up so many in the Adventist world across the theological spectrum, and I believe that there is a better way. Rather than accepting some sort of mutually assured destruction in our quest to take power, why don’t we embrace what already is—many different Adventisms—and engage instead in mutually assured love and respect, agreeing to disagree, and empowering one another?

Seventh-day Adventists, like other denominations that started long before us, have become more diverse as we have grown into a global organization, but we continue to be organized locally, regionally, and globally in four levels of authority: local church, local conference, union conference, and General Conference.

We are also diverse in our opinions. Currently, ordination of women occurs only in parts of a few regions – Europe, the United States, and China—and the rest of the denomination does not recognize women’s ordination or practice it. This is clearly an area where there is disagreement between people of faith who are practicing Adventist Christians.

There is also disagreement about the basic tenets of Christianity and Adventism, including the mechanism or process of salvation. In fact, we have disciples of various soteriologies and Christologies and the Adventist pastors and theologians that preach and teach those positions have large and loyal followings. Examples divided into three rough categories include Last Generation Theology (led by M.L. Andreasen, Robert Pierson, Herbert Douglass, Ted Wilson, Mervyn Maxwell, Doug Batchelor and others), Moral Influence Theory/subjective view of the atonement (Graham Maxwell, Jack Provonsha, and others), and Evangelical/Substitutionary view of Atonement (H.M.S. Richards, Edward Heppenstall, Morris Venden, Desmond Ford, and others). Further, there are Adventist pastors and theologians that would best be described as liberal or mainline Protestant, charismatic/Pentecostal, and, overlapping somewhat with the previously mentioned categories, historic Adventists, traditional Adventists, mainstream Adventists, cultural Adventists, and progressive Adventists. And these groups have the full spectrum of possible views regarding our most famous founder and prophet (or prophetic voice), Ellen White. The same can be said about the Sabbath, the Investigative Judgment, the health message, and the Advent or Second Coming.

I think we should openly acknowledge these differences and be more transparent about why so many Adventists are self-sorting when they choose a church because the pastor is a Graham Maxwell disciple, choose Weimar or Hartland because they teach historic Adventism, or La Sierra because it is liberal/progressive, or don’t participate in Pathfinders because it is militaristic. This self-sorting has created the reality that we must confront today: multiple Adventisms.

Does that mean we don’t have anything in common? Certainly not. If anything, we probably have more in common with each other than we do with people we think we get along with better from other denominations because of our focus on health, hospitality, Sabbath, community, and education. Even if we had a schism, there would be many families that would maintain relationship even as they identified with an Adventism different from a parent, child, or cousin.

I believe we can embrace and build upon those bonds as we imagine a new world church structure and posture – a voluntary association or formal cultural affiliation.

Let’s assume for a moment that everyone agreed to maintain a bond of association without a focus on uniformity or achieving unity anymore. How would we transition, and what would be our structure? I would propose that we simply eliminate the General Conference (and the divisions), leaving union conferences as the largest regional organizations. Unions that are more closely in agreement theologically and/or culturally could join together in more formal alliances or not, and local conferences and churches that don’t agree with the union conference positions could come under a different union even if it was more geographically distant, similar to what happened with the Episcopal Church in America when local congregations established relationships with archbishops in Africa because of disagreements about LGTBQ+ members and clergy. Our universities could stop trying to please every Adventism and exist in a more transparent way with distinct identities that many of us are already aware of, but that are not openly acknowledged in marketing or by administrators and faculty.

Some will object and say that we have schools, universities, church camps, or organizations like ADRA or Adventist World Radio that have staff and leaders from diverse Adventisms and force everyone to pick a side will lead to chaos, potential lawsuits, and general conflict—as if this isn’t happening already. I don’t think this would happen more than it already is, because this situation is already our reality and has been for a very long time. We just don’t admit it.

Think about the purges and self-sorting that happened during the fallout from Glacier View and Desmond Ford. Many pastors and professors were fired and left the denomination, but many simply found a safe pulpit or school job where they could continue their careers, because the Adventism in the new location was a better fit.

And why couldn’t we simply have a vote? The academies could have referendums with parents, faculty, board, and students to determine if they should try to be a multiple-Adventisms academy, or simply choose one Adventism and people could stay or not—no more factions vying for control of the board so they could impose their rules on everyone else. It could be the same with the universities and ministry organizations.

Then we could stop speaking in the code of liberal or conservative, eliminate the problem of graduates of one university’s theology department being ineligible for pastoral positions in certain conferences or unions, and stop the anonymous rumor campaigns that have happened over the course of our history. Imagine young people being told up front in official college marketing materials that Last Generation/Historic Adventism is the doctrinal position of that institution. What a revelation! What a breath of fresh air! And I’ll keep saying it: we’re doing this already across the world, but it is not public and transparent the way it should be.

We clearly already are a Big Tent Adventism,  with unfortunate periodic purges. But I believe we need to be Big Tent Adventisms, and create a new reality. By this I mean that we can continue to be open, civil, and kind to one another just as we should be with all people, but we can more easily fellowship, worship, educate, and debate if we’re all very clear about where we stand and we are not trying to win or control each other anymore.

And no one will force anyone to remain connected, but, like a family, I suspect that most will be invigorated by the new freedom of association possibilities, and doing away with the fear of losing employment as a pastor, for example, because the conference president is a Morris Venden disciple and the pastor follows the lead of Doug Batchelor.

Additionally, instead of always having to guard our words, those of us in denominational employment could speak more freely and experience more joy in the fellowship of the community we’ve chosen. And that’s the key; free choice.

Now, how do we begin? It will begin when union conferences step forward in faith to be freely in community as fellow Seventh-day Adventists, but legally independent. I move that we start today. 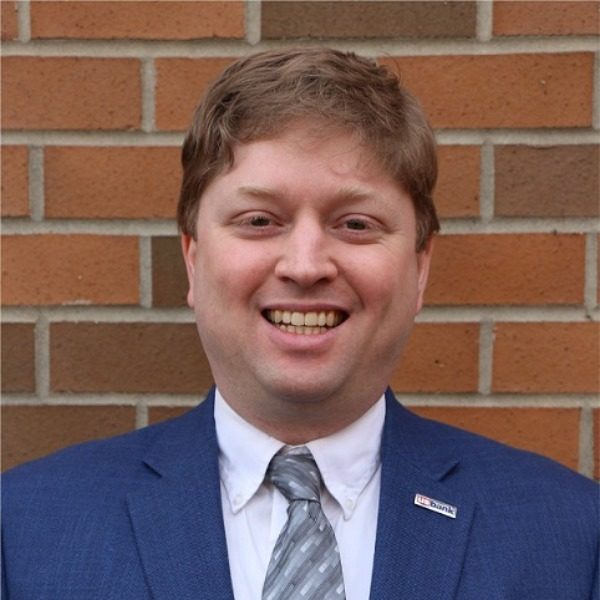 Timothy Ruybalid is a member of the Seventh-day Adventist Church in Walla Walla, Washington, and serves as chairman of the board for the Adventist Today Foundation. This article expresses his personal views.