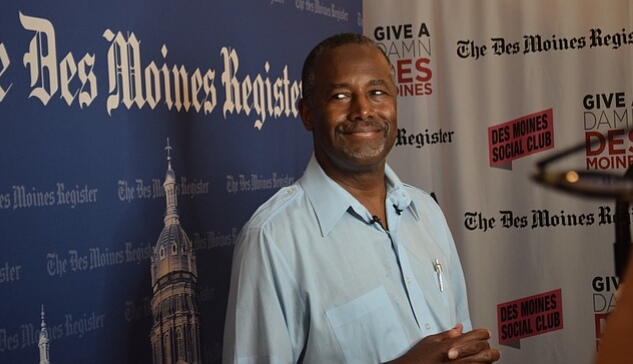 Death of a Nation was created by Dinesh D’Souza, a right-wing filmmaker and provocateur who was convicted of campaign finance fraud before being pardoned by President Donald Trump in May. The film portrays Trump as a kind of modern day Abraham Lincoln and compares Democrats to Nazis. The film’s subtitle asks “Can We Save America Again?”

“It’s hard to find high-quality movies that are Christian and faith-based,” said Carson as quoted by NBC News.

Death of a Nation was released by Pure Flix, a Christian production company that released the 2014 drama God’s Not Dead which grossed $60 million domestically after a mere $2 million investment. Death of a Nation is distributed through a Pure Flix subsidiary, Quality Flix.

“We have an audience that skews to support this type of film,” said Steve Fedyski, Pure Flix’s chief operating officer in a phone interview with NBC News regarding Death of a Nation. “We felt we could be successful in launching the film because it would resonate with a lot of our audience.”

The company has an on-demand streaming service, PureFlix.com, which has 125,000 subscribers paying $10.99 a month for access to 10,000 sermons, movies and shows.

“They make unapologetically Christian movies that, in some ways, feel like sermons on the big screen,” said Paul Asay, a blogger for religious website Patheos.com, commenting on Pure Flix. “They speak the language of the audience.”