I have heard the argument recently that couples shouldn’t have sex on Sabbath because it is a holy day. They cite verses from Exodus 19:15ff:

“And Moses went down from the mount unto the people, and sanctified the people; and they washed their clothes. And he said unto the people, Be ready against the third day: come not at your wives… And Mount Sinai was altogether on a smoke, because the Lord descended upon it in fire:”

God directed them not to have intercourse because there was to be a holy day where they would meet with Him. What are your thoughts?

Signed, Trying to figure it out

But if you insist, let’s talk about it again, in reference to this passage.

In context it must be clear to you that what is described in Exodus 19:15 was a once-in-all-of-human-history event. Aunty would join Moses in recommending that if you should find yourself at the foot of Mt. Sinai just as God is about to manifest in power and glory, while giving mankind the greatest list of moral principles ever known to the world, it might be well for you to spend the previous night in prayer rather than having sex.

But this wasn’t the weekly Sabbath. The weekly Sabbath was always intended to be, according to the Bible, “a delight.” The Jews, even the most conservative groups, regard sex on Sabbath as a blessing and possibly even a mitzvah, a good deed.

The New Testament, the inspired source for Christians, never addresses it at all!

As far as Aunty is concerned, the right or wrong of sex on Sabbath is settled.

But that people keep asking about it reminds us that each person seeks spiritual growth in his or her own individual way. One of the nice things about Sabbath is that it blesses everyone differently. You can spend Friday night reading, singing around the piano, or going to bed early. You can come home from church and take a walk, a nap, spend the afternoon reading an inspiring book, or visit someone who is lonely. Some like to have a meal with company on Sabbath, and some want to be alone. Some even get a blessing from not being in church at all.

Of course, if Sabbath sex doesn’t feel right for one or both, there are six other days in the week. 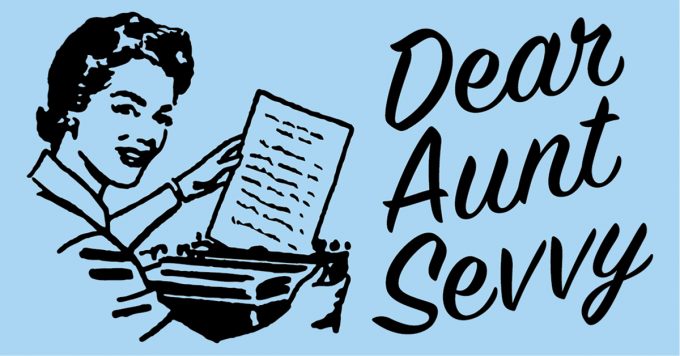