Aunt Sevvy, should our Adventist Community Services Center give out meat?

You addressed this topic a few weeks ago. I am following up with a practical example of what you wrote about.

I will warn you, Aunty, that I’ve decided on my own answer, so perhaps there was no point in bothering you with it. But I thought I might as well tell you what I think, and then sit back and wait for my excommunication letter to arrive.

For years I’ve been involved in Dorcas, now Adventist Community Services (ACS). I have seen how this ministry has changed lives by feeding and clothing those who need help. I’ve been through many projects, both local and international. Years ago we boxed and quilted our little hearts out, and knew the fruits of our labors were going to Watsonville, where all that precious clothing cargo would be gathered together by ADRA (Adventist Development and Relief Agency) and sent on to the mission lands. We were not only helping our own communities, but also the whole world.

For many years, at least in the congregations I served, clothing and household items were all that we provided to the “needy.” Some congregations even started thrift shops. When we lived in Hawaii for a few years, we gave out food, too. We and other congregations who had community service projects got most of our commodities from a state food bank. The ACS we were part of did not hand out clothes, only food—and yes, part of that food was meat.

A few years ago, the congregations in my part of California also added food to what they offered. Some refrained from meat products, according to Seventh-day Adventist health rules. My congregation was in that category.

Then food donations arrived from “outside” sources. Some of the canned goods weren’t kosher. What to do? Panic buttons were pushed! Should we adhere to Mrs. White? No, the Bible doesn’t say that we couldn’t feed meat to the hungry. But at least throw out the pork and beans!

Then in a church near me the unexpected happened: the community asked if the ACS chapter would take over the town food bank. It came with free refrigerators, freezers, shelving—and food to fill them, provided from an outside resource that gave not only canned goods and shelf staples but also meat for the freezers!

The director, a staunch “I have never touched a piece of meat in my life” advocate was mystified, and then horrified, when pork wieners and pork chops arrived. No, never would those be handed out! We cannot allow those hungry people to be contaminated by unclean foods! We have a reputation as a health church!

Might I remind you that at this point this was no longer just an ACS chapter? It was now a community food bank. There was an implied expectation that the ACS would use and distribute to the hungry what was given in good faith.

And yes, there were hungry people out there. This little ACS went from being open one day a month and feeding 20-30 people, to being open a day every week. They were now serving nearly 600 people a month with over 6,000 pounds of commodities, including meat. The Lord had provided!

The director stood her ground. Other church volunteers disagreed—they felt food was food to hungry people.

How did it turn out? It remains a stalemate.

Anticipating the answers that will be stated in the comments, I will waylay some of those before they are stated.

But here are the concerns that I have.

Even though we are a church-sponsored food bank, should we be the health judges for other people? Are we to be the Food Patrol? Aren’t people to be fed physically first, and spiritually second? Should we only give out cans of tuna fish, because Jesus fed fish to the hungry?

When donations come in, donors are expecting us to give everything donated to the hungry. If we are given food from a community resource, how can we not give it away? We don’t have to eat it, but how can we throw good food away just because we don’t believe in it?

I worry what our reputation will be. Will we be seen as helpers, or fanatics? Providing compassion and care, or judgment? How do we want our church to be seen by the community: as selfless helpers, or a self-righteous cult?

And finally, how do we make such decisions? Do Do the ACS leaders and directors have the final say, in spite of how other helpers feel? Should we ask the pastor and church board to make the decision? Or should we turn the
decision over to the local conference, or even the General Conference?

There must be other SDA Churches facing this same issue, especially as more hungry people are appearing at our ACS doors.

I am putting on the full armor of God, Aunty, to hear answers from your readers.

You’ve described the problem better than Aunt Sevvy ever could! Thank you for your response, and we’ll hope that the discussion that follows is helpful.

Before you go…
Thank you for your support in our fundraising week.
We’re still a little short of our goal, and we’d ask those of you who haven’t sent anything yet, to give us a gift before the month ends. You can do this in several ways.
You can donate one time by clicking this link
or
monthly by clicking this one
or call us toll-free at 800.236.3641 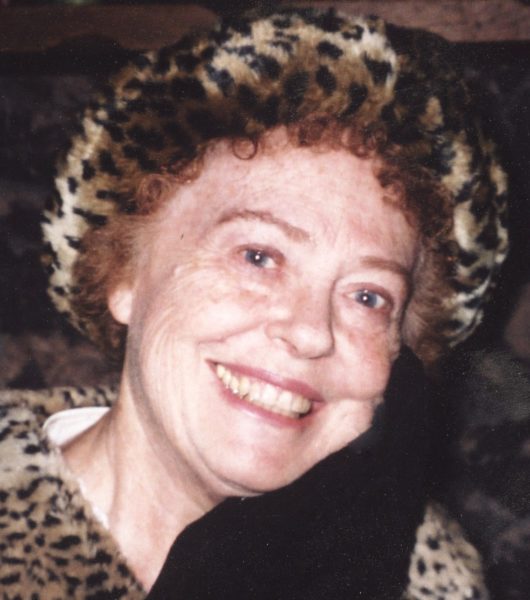 Virginia Coombs is retired but still actively participates in her church as clerk and musician. She is a regular columnist for her local newspaper. She and her husband, Bob, have worked as denominational teachers and family counselors before retirement. She and her husband live in California. Her name is used here with her permission.

You can write to Aunt Sevvy at DearAuntSevvy@gmail.com. Please keep questions or comments short. What you send us at this address won’t necessarily be, but could be, published—always without identities. Aunt Sevvy writes her own column, and neither her opinions nor those of her correspondents are necessarily those of Adventist Today’s editors.