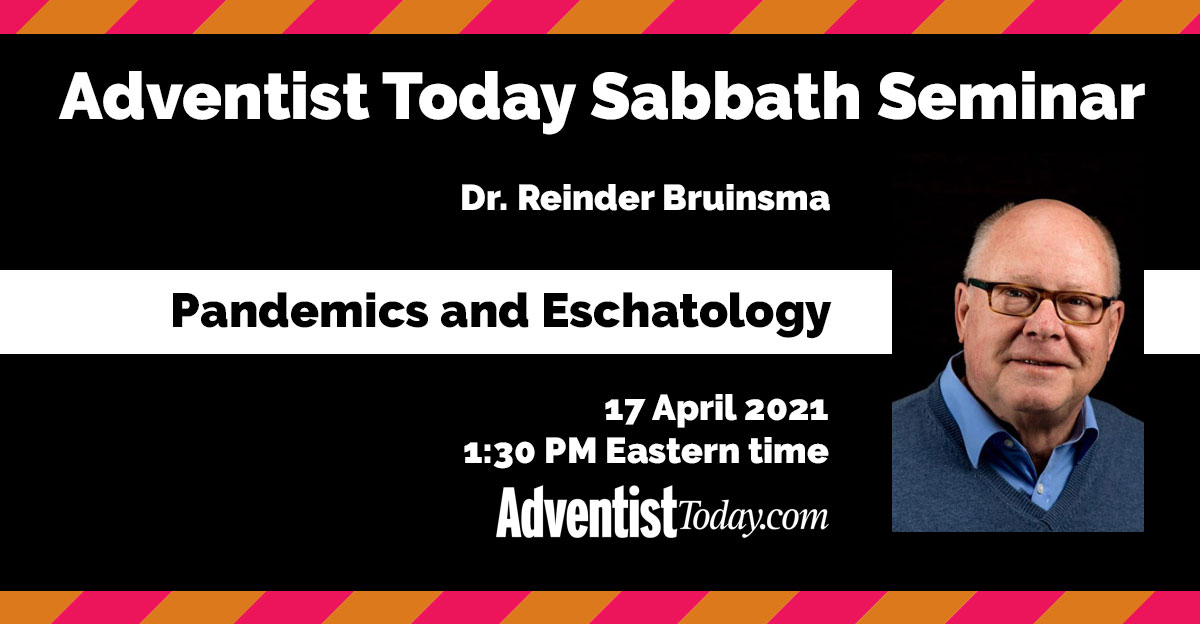 Not surprisingly, millions have embraced various conspiracy theories in connection with the COVID-19 pandemic. Existing conspiracy movements, including anti-5G and anti-vaccine groups, have melted into new umbrella-like conspiracies, such as the ID2020 theory. According to fringe Christian conspiracy sites, the vaccines are a cover for implanting some >form of microchip, radio frequency implantation (RFID) chip, or other digital tracking device. The plan is, allegedly, part of a global New World Order. These microchips, some argue, may well represent the apocalyptic mark of the beast.

It was to be expected that such theories would appeal to segments of the Adventist Church, since media on its right wing have long been open to conspiracy theories. They did not, however, speak with one voice with regard to any linkage between the COVID-19 vaccine and the “mark of the beast.” One YouTube video circulated by Walter Veith “put the vaccine in the context of manipulation and control by the Jesuits.” David Gates, an independent Adventist evangelist who itinerates around the world, promotes the idea that the COVID-19 vaccines, together with the 5G-signal, are a satanic tool to destroy humanity and make human beings into automatons.

Adventist Review, to its credit, decried false, alarmist ideas that are circulating among Adventists and pointed out that any linking of the mark of the beast with a COVID-19 vaccine has no basis in Adventism’s traditional eschatological understanding. The article downplays the eschatological significance of the pandemic, warns against acceptance of these and other extremely speculative ideas, and encourages church members to place full trust in the vaccines that have been developed.

In an article for Amazing Facts ministries, Gary Gibbs, president of the Pennsylvania Conference, insisted that “the mark of the beast concerns enforced worship,” and “this is not an element of the current pandemic.”

Pandemics as Signs of the End

Whenever pandemics struck, Christians asked whether they were seeing a sign of Christ’s second coming, and this is a question many are asking today. In Luke’s version of the Olivet discourse, Christ mentions among the signs of the end the occurrence of “earthquakes, famines and pestilences in many places” (Luke 21:11). (In some versions of Matthew 24:7, these “pestilences” are also mentioned, but scholarly opinion almost unanimously supports the view that the original Matthean text omits this word.) The signs of the end would signal the impending doom over Jerusalem, fulfilled when the Romans destroyed that city in A.D. 70, and would also remind mankind of the certainty of the second coming of Christ at the end of time.

The traditional Seventh-day Adventist view has been that the time of the end began around the time of the French Revolution, when “the great tribulation” caused by the medieval papacy had come to an end. In line with this view, signs of the times were expected to occur from that point onward. Epidemics and pandemics that occurred since then, such as the Spanish flu and the current COVID-19 crisis, thus qualify as the pestilences Christ predicted.

Hans K. LaRondelle (1929-2011), a prominent Adventist eschatologist, emphasized that the so-called “signs of the end” cannot be placed in any chronological order. They are “signs of the age, and characterize the entire period between Jesus’ two advents.” Adventist theologian Jon Paulien likewise warns against placing too much emphasis on the time element of the signs. According to this view, all epidemics and pandemics of the last two millennia may be seen as genuine signs of the times. They all are signals pointing mankind to the climax of history, the second coming of Jesus Christ.

It was to be expected that many Christians would regard these past plagues as signs of the certainty of Christ’s coming and that Seventh-day Adventist Christians who lived through the Spanish flu, who saw how HIV and AIDS ravaged particular segments of society, would emphasize this. It would go against our spiritual DNA if Adventists did not regard the COVID-19 pandemic as a sign of the second coming; indeed, it is surprising that the eschatological dimension does not dominate the response of most Adventist Christians to the current pandemic.

But perhaps Seventh-day Adventists have gradually learned that although the signs of the times surely are important, it is unwise to point to one particular event—momentous though it may be—as proof that Christ’s coming is perhaps a matter of months, or at most a few years, from fulfillment. Perhaps we have learned, at long last, that Christ comes on his own schedule.

Before you leave, we want to thank you for supporting the Adventist Today Spring Fundraiser. Independent, accessible journalism in the Adventist community helps sort facts from denominational PR. With your help we can continue to offer more excellent content while creating meaningful community both on and offline.

If you haven’t yet, you can make a donation at atoday.org/donate

This ATSS program is past. You can view the presentation here.