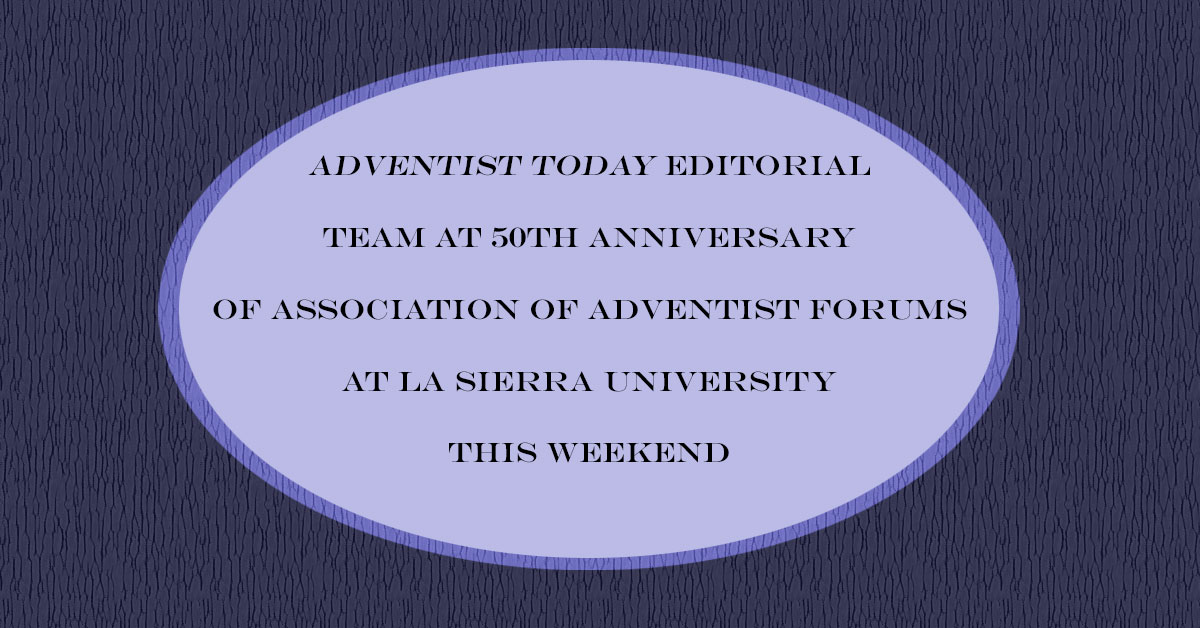 Loren and Carmen Seibold of Adventist Today will be covering the events of the 50th Anniversary of the Association of Adventist Forums, beginning Friday night, September 15th.

According to the Review and Herald of August 8, 1968, the idea for the association was traced back to a fellowship of Australian Seventh-day Adventist university students in the 1940’s, known as the Adventist Graduate and Undergraduate Society. Independent student groups formed in many colleges and universities in the 1960s, and were eventually brought together by the denomination’s highest leaders as the Association of Adventist Forums. One of the forum’s earliest actions was publishing Spectrum magazine under the leadership of Dr. Molleurus Couperus and Dr. Ottilie Stafford. The first board included Alvin Kwirim, Roy Branson, Charles Stokes, Jack Provonsha, David Claridge, Jack Gilliland, Ronald Numbers, Tom Smith and Tom Walters. Neal C. Wilson, Charles B. Hirsch, and Wilber Alexander were listed as consultants.

Adventist Forum chapters still exist, though the number has declined in recent years. Nor is it any longer though of as a student organization, most of its principals now being of an older generation. It has become the largest organization of Adventist academics. Though it began with the official recognized by the denomination, it is best known today for the dissenting voice of its publications and website.

The events begin on Friday evening with a plenary session entitled “Writing About Ellen White – The Historical Challenge,” with Jonathan Butler, Terrie Aamodt, and Benjamin Baker. The entire schedule can be seen here.