My father was an autodidact—a self-educated man. Although a scientist and chemistry professor, he had a wide variety of other talents and interests. I wondered how, with six children, he found time to author articles and books, be his own self publisher, tend a half-acre garden, make soap sculpture, do origami, practice amateur magic, build a garage, make dill pickles, can and freeze produce, operate a photographic darkroom, prepare tasty Chinese cuisine, and learn foreign languages.

Yet he did all this, and more. And seemed to find time for his family. Among other things, he taught me how to swim. I have many fond memories from childhood. I suspect my siblings feel the same.

He termed himself a jack-of-all-trades but master of none. I beg to differ in that I believe he did excel in certain endeavors.

We didn’t have a TV. That helped. I recall a passage from The World According To Garp by John Irving. The protagonist runs along streets at night. As he does, he sees many rooms where, lights dimmed, occupants are watching TV. This annoys Garp, a writer as well as runner. He knows that when people watch TV, they do not read.

The headboard of the bed my parents slept in contained compartments hidden behind sliding horizontal doors. Those compartments held books and magazines, which my parents read before turning out the light.

Father also believed in education. In fact, that was one of the important values he passed on.

I’m long past formal schooling, but still try to learn. I think when one becomes too old to learn, one is truly too old. Besides crossword puzzles, one of the things I do to maintain mental agility is subscribe to an online version of “A Word a Day.” It’s an easy, painless way to expand one’s vocabulary.

A lagniappe/bonus is the inclusion of “A Thought for Today,” a quotation by someone often recognizable, at the end of the forwarding. This is sometimes a cause for pause, for pondering, for wonderment.

A recent entry from that site appears at the beginning of this essay.

Less is known about Thomas Pynchon than about many of his contemporaries. A critically acclaimed novelist, he is reclusive by intent. He has, however, achieved almost cult following in certain circles.

His quotation resonated with me. I have long believed in the importance of asking the right questions. If one does, one may be led to the right answers. If one does not, proper answers will remain elusive.

I claim no originality in this matter. Here is what others have said:

“There are no right answers to wrong questions.” – Ursula K. LeGuin.

“We thought that we had the answers; it was the questions we had wrong.” – Bono.

And, lastly among these, this:

“’When did the world begin and how?’

‘What’s it all about and why?’

I asked a hog as he went by:

‘Where will the whole thing end, and when?’

And I copied all the answers too,

He established the U. S. Peace Corps. I was privileged to care for Peace Corps Volunteers in a third-world country during the late 1960s. It remains one of Kennedy’s enduring altruistic legacies.

In “No Man Is an Island,” John Donne wrote, “Never send (ask) to know for whom the bell tolls; it tolls for thee.” In other words, take a look in the mirror. A long, hard look. Such that you won’t have to do it again very soon. 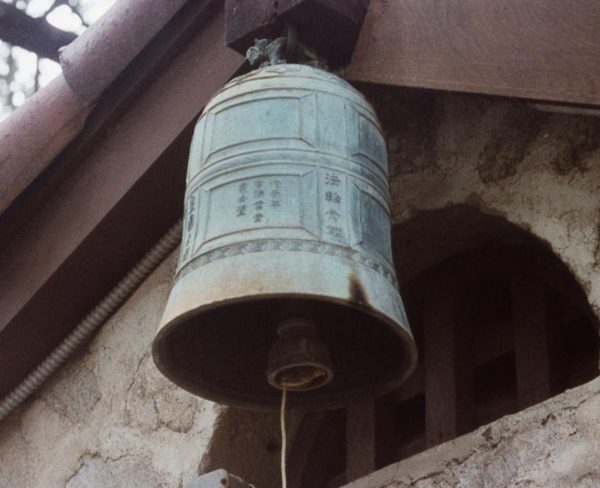 Christ had a habit of giving trenchant answers. Those who would trap him over which husband a woman would have in heaven if she married multiple brothers serially on earth (a custom that has never gained traction in modern times, but was more than hypothetical in Biblical), He confounded by enlightening regarding (the absence of) marriage in the afterlife.

If a woman serially married brothers, and her first husband were similar in age, she might end up (considerably) older than her last husband, perhaps the youngest of the brothers.

Newly-elected President of France, Emmanuel Macron, is 25 years younger than his wife. It is not uncommon for rich and famous men to wed women that number of years their junior. Should we consider the two situations differently?

The rich man in a parable who asked himself how to deal with his wealth and answered by building larger barns was shown to have asked the wrong question (and thereby arrived at an answer which was wrong both here and in the hereafter).

One question Jesus considered appropriate was the one the rich young ruler asked: what to do to be saved. The answer, though correct in the cosmic sense, is not one the ruler wanted to hear, or could withstand.

The woman taken in adultery was cast at Christ’s feet and the question asked: what should be done to such a sinner? Moses commanded that such should be stoned.

Had there been love in the hearts of her accusers, they would not have asked such a question, or even brought her before Him. The forthcoming answer from the Master was one none of their small minds anticipated. It was astonishing in the way it simultaneously deflected question and shifted guilt from woman to where it rightly belonged.

Many today, it seems, ask the wrong questions.

They wonder, like writer Shannon L. Alder:  “What do I want? Why do I want it? How do I achieve it?”

Psychologists and psychiatrists abound. As do self-help books and purported gurus. It will likely ever be so.

Better questions might be: Why am I here? What can I do to make my being here worthwhile? Where am I headed?

Christ, a revolutionary in His time, said, “Whoever tries to save his life will lose it. And whoever loses it (for My sake) will find it.”

Mahatma Gandhi was like-minded. He opined, “The best way to find yourself is to lose yourself in the service of others.”

There must be a reason we revere people like him and like Mother Teresa, who said, “At the end of life we will not be judged by how many diplomas we have received, how much money we have made, how many great things we have done. We will be judged by ‘I was hungry, and you gave me something to eat. I was naked, and you clothed me. I was homeless, and you took me in.’”

May the scales fall from our eyes and, having eyes, may we see. Having ears, may we hear.

And may we be granted requisite perspicacity to ask the right questions.