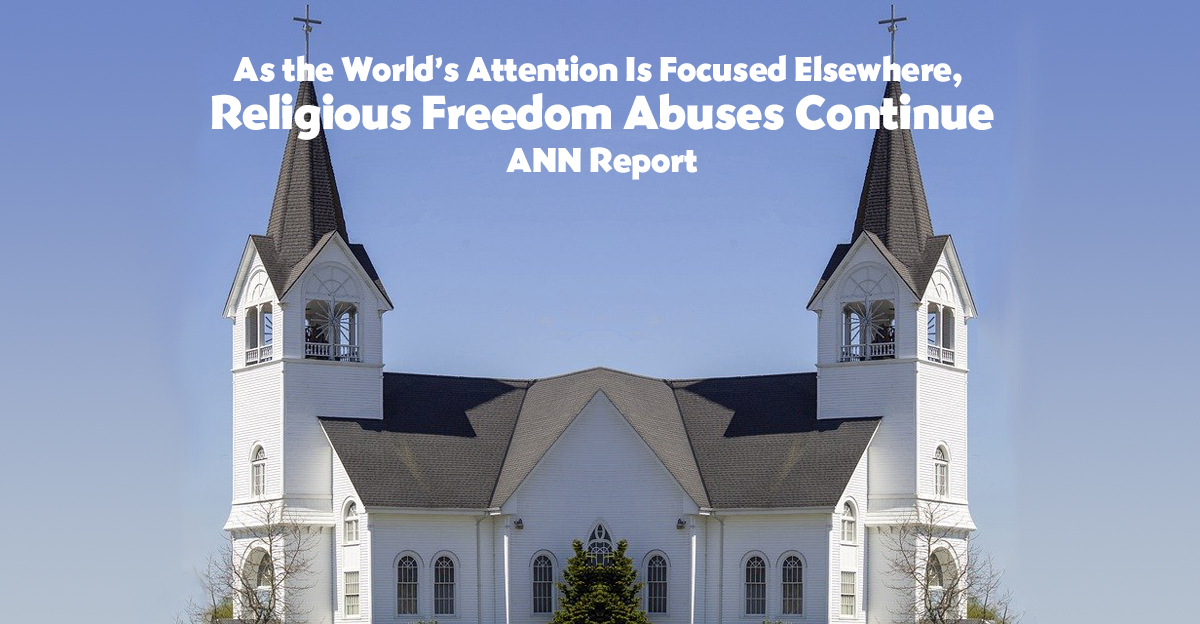 From ANN – 8 May 2020 | Even as the global COVID-19 pandemic dominates news headlines, a major report on religious freedom released this week in Washington, D.C. provided a sobering reminder that religious persecution and restrictions continue unabated in many parts of the world. The annual report, which tracks both positive and negative trends in religious freedom, was issued April 30 by the United States Commission on International Religious Freedom (USCIRF), an independent watchdog agency that helps inform US foreign policy. While the report pointed to improvements in religious freedom protections made recently by some governments, including Uzbekistan and Sudan, it also noted a sharp deterioration in the status of religious minorities in India and increasing religious atrocities committed by militant groups such as Boko Haram in Nigeria and al-Shabaab in Somalia.

According to Nadine Maenza, a vice chair of USCIRF, recent social and legal developments in India, the world’s most populous democracy, have been worrying. During the USCIRF launch event, held on online due to COVID-19 restrictions, she pointed to India’s 2019 amendment of its Citizenship Act, which specifically excluded Muslims from a program designed to fast-track Indian citizenship for migrants from Afghanistan, Bangladesh, and Pakistan already residing in India. Maenza said this move by the Hindu nationalist government of India was both “startling and disturbing” and could potentially leave millions of Muslims in India vulnerable to “detention, deportation and statelessness.” The report also notes that the national and various state governments of India have also increasingly tolerated campaigns of harassment and hate speech against many other religious minorities.

The role of so-called “non-state actors” in religious violence around the globe was also a strong theme in this year’s report. These non-government groups wield control over territory through military power or terrorism, and engage in what USCIRF calls “systematic, ongoing and egregious” violations of religious freedom. The commission singled out six groups as particularly serious offenders: al-Shabaab in Somalia, Boko Haram in Nigeria, the Houthis in Yemen, Islamic State in Khorasan Province (ISKP), the Taliban in Afghanistan, and the Hay’at Tahrir al-Sham (HTS) in Syria.

Bettina Krause, an associate in the Public Affairs and Religious Liberty (PARL) department of the General Conference of Seventh-day Adventists, who represents the church on Capitol Hill, said the annual USCIRF report provides an important perspective on religious freedom trends.

“Together with reports from other international watchdog agencies, this yearly report helps us understand changing patterns of religious freedom violations and to identify current ‘hotspots’ of persecution or repression,” she said.

One key aspect of this year’s report, noted Krause, was its focus on increasing rates of anti-Semitic rhetoric and violence in many countries, including Germany, France, Italy, Sweden, United Kingdom and Argentina.

“Another alarming development highlighted by the report,” said Krause, “is growing indications that China is not only deploying high-tech surveillance technology, including facial recognition ability, to monitor religious groups, but is also exporting this technology to other countries, including those with repressive policies against religious minorities.”

The USCRIF report also underscored the continuing concern of the US and the international community regarding the detention of an estimated 900,000 and 1.8 million Uighur, Kazakh, Kyrgyz, and other Muslims in more than 1,300 concentration camps in China’s northwest autonomous region of Xinjiang.

Dr. Ganoune Diop, director of the Public Affairs and Religious Liberty department for the Adventist world church, said the USCIRF report confirms that even as the attention of the world is focused on other pressing concerns, such as the Covid-19 emergency, it is imperative not to lose sight of the continuing abuses being committed against religious minorities in so many places.

“Countless men, women and children continue to live each day with fear of violence or harassment simply because they choose to stay true to their deeply held convictions,” said Diop. “As a church, we will continue to speak out for these vulnerable minorities, regardless of where they live, or the faith tradition to which they belong.”

The full 2020 USCIRF report can be seen here. The Commission is a bipartisan, independent government agency that was created 22 years ago to advise the US Executive and Congress on how best to promote religious freedom internationally.