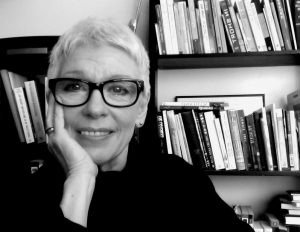 Please welcome Winona Winkler Wendth as a new columnist for Adventist Today. Winona is an alumna of Atlantic Union College and is a practicing writer and editor who lives in Massachusetts. She also teaches humanities classes at Quinsigamond Community College and is a founder and director of the Seven Bridge Writers’ Collaborative. She and her spouse have lived and worked at five Adventist college campuses, survived raising two daughters, and are responsible for two dependent cats.

Years ago, when I worked on a Seventh-day Adventist campus, my office was down the hall from the one that scheduled graduate exams—the GRE or MCAT, for example. Of course, Adventist students have always been able to have Sabbath relief requirements vouched for by a representative of the church, so soon-to-graduate students wandered in with forms in their hands ready for signatures.

“Good for you—hope it all goes well. We’ll see you next month.”

What was that? “Are you sure?” I eased around the corner to watch an awkward exchange between a young man with a bandanna or ring or earring or tattoo or high heels or bong—it doesn’t matter. My immediate response was what had been the prospective test-giver’s: The man had asked for Sunday testing for a reason that seemed, well, unreasonable..

He had claimed that he was an Adventist.

Was he sure? Yes, he was. The representative short-circuited. Did the kid look like an Adventist? No, he didn’t.

We tend to make holistic determinations about those things. We can identify a “farm church” member by those LDS-like long dresses. We recognize “Graduate Adventists”—former church members—by their jewelry or clothes or what they drink or habit of occasional and public Sabbath shopping; they show up at church only for weddings and funerals. “Traditional Adventists” are all nearly dead now, but aside from age, you can recognize them by their sensible and decorous clothes, boxy suits and decades-dated ties. The categories break down under pressure, of course, but we know who these people are by how they look and behave: “California Adventist,” “Academic Adventist,” “Rebound Adventist,” ”Health Care Adventist.”

But we really don’t know what these people think, what they have committed to, what they will stand on principle for. We assume; we guess; but we don’t know. And neither do the people who count the heads in the pews or the people who tally church membership in the division offices. Leadership have recommended that those who do not believe what we are supposed to believe should resign from church employ, maybe hand over our membership. How do we test for what someone believes? Affidavits? Brain scans? And how would anyone know if we change our minds? I have changed opinions on everything from rutabagas to the secrets of The Book of Revelation—but how would anyone know if I didn’t talk about them?

Culture is a matter of performance and practice, what we do, not what we think. Can denominational leadership interrogate employees about what (they say) they believe? Probably. Would forced confession—the ultimate power play—finally bring them to stand for what they believe? Possibly. To stand for what they don’t believe? Probably not. Under this kind of political pressure, are they likely to misrepresent their beliefs according to their needs? Of course. We are left with behavior, and leadership is likely to monitor that with increased interest as times change, multi-cultural constituencies increase, and social or economic equilibrium becomes unstable.

“ . . . . but I’m only a cultural Adventist.” What is that? It depends. It depends on where you live, where you have gone to school, when you came into the church—many of us find it easy to tell a new Adventist from one who was born into the church, especially if that happened several generations ago. I could be a “Cultural Adventist” because I get down on my hands and knees to sweep kibble from the carpet rather than turn a vacuum on during the Sabbath hours. I might be a cultural Adventist if I still wear simple clothes to church when I go. If I will buy milk or cat food at the Safeway on the Sabbath, but not pick up cleaning supplies or ice cream. I do not eat meat; I do not smoke (anything); I try to be healthy. I am compassionate to animals for deeply spiritual reasons—but the cats don’t care about why much more than many people who sit beside me in church.

I appreciated Monte Sahlin’s excellent critique of the exclusion of “Cultural Adventists” from the church family. Of course, Adventists are not “born” to the church quite the way Jews are born into their faith traditions. We know who he means, though, because so many of us, names on the books, or not, belong in that category. If culture is practice, “Cultural Adventist” is a persistently changing category, especially since “practice” in our congregations varies substantively around the world. And because we can’t measure a person’s thoughts or motivations, what remains are a series of practices that cluster and identify us, as is the case with any socio-economic community. It’s been a while since a pastor has asked if someone’s choice of nose ring, attention-getting hat, gas-guzzling car, or diamond brooch were motivated by a disbelief in salvation or the fundamental principle of the Sabbath. We gave that kind of thinking up a while back.

When I was growing up, pierced ears and other jewelry that put “metal on the skin” were verboten, a clear sign that we weren’t with the program or needed help. Absolute peace and quiet over the Sabbath hours save pulling out Christ in Song was mandatory, as were maniacal “hikes” that were meant to keep adolescents out of trouble. Vegetarian “roasts” and waiting to clean the kitchen until dark were the marks of “cultural” Adventists—do we run the dishwasher?. A good share of those people stopped going to church long ago and are now “Cultural Adventists.” The internet is laced with memes and blogs about “You know you were raised Adventist when . . . . ” Formative experiences stay with us—three generations of those make a culture, so I qualify as a “Cultural Adventist,” one way, or another.

But so do my children, who see Friday “haystacks” as an Adventist tradition—the influence of the wayward California Adventist culture, no doubt; most of their classmates, even at an Adventist school, wore jewelry that would have bounced me off campus; many of these former students enjoy a glass of wine, now and then. Their children ride bicycles and jump rope on the Sabbath.

Today, many of my fellow congregants eat meat; some of them wear Aretha Franklin-worthy hats to church; I see lamé shoes walking down the aisle. The people who wear them are largely “New Adventists.” I have little idea of what my shimmery big-hatted pew-mates think of the Book of Hebrews, nor do I care. Few of them are likely to engage me or my fellow academics in arguments over the age of the ground we walk on or the origin of giraffes, even though a Sabbath School discussion might bring a dramatic “tsk, tsk,” now and again. Before long, this crew of new Adventists will move along and swell the ranks of “Cultural Adventists”—bet on it. This is what the church does: educate their people up and out, almost by invitation. Then, leadership complains because those members—or, most likely their children—start thinking for themselves as they adjust to a broader social ethic. Eventually, leadership stops listening, as Sahlin has pointed out.

Whether or not your name is still on the books, if you grew up Adventist, that makes you an Adventist as far as I’m concerned.

Assigning a church member, former or present, to apostasy according to his or her beliefs, as current leadership has suggested, doesn’t accomplish anything but shrink our world further and influence church management to be less attentive to anyone but themselves. To not recognize our shared heritage, however we interpret that, is likely to bring lively denominational development to a dead halt.

The apostasy program also posits the notion that the powerful have a right to know someone else’s mind and force a kind of testimonial in the spirit of putting things in order. This conflation of language, belief, and culture is what puts the denomination in turmoil over policy. Culture always trumps religion and bends the language we use to back-form rationales. How we live—and how our parents, grandparents, and great-grandparents lived—shapes who we are more than what we believe or say we believe. No signed statement or study group will change that.

Thirty years ago, recognizing an Adventist was easy—at least in the United States, but the nice young man in the counseling center challenged that, and thousands of men and women since will continue to challenge that “until Jesus comes.”

Some bona fide Adventists who are recent to the denomination agitate my own culture simply by their being at church, and I probably confuse them because my Adventist culture is so different from what they experience. I have asked none of them to sign an affidavit nor indicate which of the proliferating Fundamental Beliefs they signed on for, nor they, me. Those don’t matter, anyway, because the cultural core of the denomination—the sensibilities we all share and have shared over time is what makes the church what it is and who we are, and all of us deserve a voice in shaping where we go. In time, habits coalesce, and we discover likenesses that were not apparent.

That includes the myriad Cultural Adventists: Graduate Adventists, New Adventists, California Adventists, Health Care Adventists, Rebound Adventists, Traditional Adventists, Academic Adventists, and every other type of Adventist we can imagine. We have a big family, and families include crazy cousins who never left town, aunts and uncles who seem to be living in another era, relatives you didn’t even know you had, and the university graduates who left home and come back only for weddings and funerals.

Excluding parts of our family or denying them voice is not likely to help the collective group flourish or develop meaningful or inclusive policy.