Another Take on the Magi 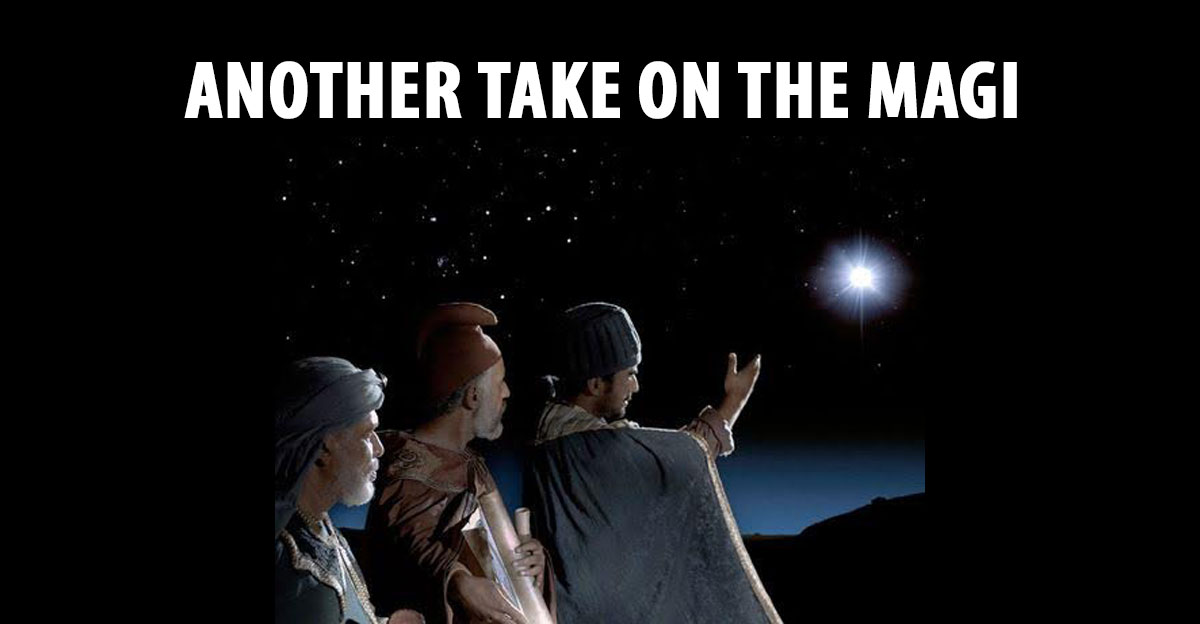 Based on Matthew 2 of Holy Writ

There came from the East wise men.

But where they were from, their ages, and even their different gifts, have been variously ascribed. And it may matter not a whit.

Their gifts were symbolic:

But, after a long and arduous journey, when they reached the border, they were detained.

The man who stopped them demanded, “From whence comest thou?”

The wise ones told him the places from which they had started their travels.

“Where art the papers which allow ye to enter our country?”

The three set down their belongings and searched the bags carried by their camels. But they sought in vain. For lo, they had no such papers in their possession.

“We have none,” they finally said.

“Then ye shall not enter,” said the guardian of the border.  And cast them with not a little roughness into cells near the border wherein light entered but dimly.

These holding places were not places of comfort. Their floors were hard. There was no bed, and but a thin blanket for warmth. Water was in buckets which leaked. Flies buzzed about. And there was no heat to be had.

“How long must we wait here?” Balthazar inquired. “Can we petition to enter the country?”

A jailer returned with parchments upon which there was much writing. “Canst thou read what is written here?” He thrust the sheaf toward Melchior.

Melchior took it and squinted. The light was dim, but there was no more to be had. What there was came in at a slant through the small barred window.

He read some of the writing, with difficulty.

“If we write upon this, how long will it be before our petition may be granted?” He asked the jailer.

The jailer moved his shoulders in a manner of shrug.  “Who knoweth?”

Then turned about and left.

Sometime later the king of the country, Herod, visited the border and the very place wherein the three men of wisdom had been detained.

“Why did ye come?” he asked Caspar, deferring to age when he decided to talk with one of the prisoners (for indeed, is not that what they were at that time?).

Caspar, with not a little effort, rose from the floor upon which he had been sitting, and came to the entry to the cell.

When he saw Herod, in his finery, Caspar bowed.

“We saw a star, your Majesty.”

“What kind of star?”

“We do not know. But it was unusual. So much so we decided to follow it. And it led us to your country. That is why we are here. Methinks we would like to go to Jerusalem.”

“No disrespect, Sire, but we believe there will be a king of the Jews, and we have come to pay our respects to the babe.  For,” he added, “we believe him to be but a babe.”

“I am king.” Herod stood up a bit straighter and smoothed his robe.

“That ye are, your Worship.” Caspar was in no position to argue.

A lamp alit in the mind of Herod. His eyes, which had returned to their usual size, narrowed again.

“I will let ye enter my country.” He emphasized “my.” “But on one condition. Once ye have found the child, bring me word, that I may come and worship him also.”

Caspar stood mute.  In the darkness it was hard to discern whether he nodded.

“Jailer, release these men!” barked Herod. He tried to make his voice kingly, but wasn’t sure he succeeded.

And that is how the three wise men came to the country in which was born the Anointed One, whose birth we for whom He came celebrate once a year.

As for the rest of the story—how the men of wisdom found the babe in a manger in Bethlehem; how they worshiped and gave gifts; how Joseph, Mary and Jesus fled to Egypt after being warned by dream; how the three wise men were warned, also in a dream, not to return to Herod, but to leave the land a different way than that by which they had come; how Herod, feeling mocked, slew all children under age two in the geographical area of Bethlehem and beyond—are these not recorded in Holy Writ?