Though Americans aren’t always aware of it, American politics and policies have an enormous impact on what happens in other countries around the world. Therefore, it was with utter fascination and some disbelief that all our eyes were fixed to our television screens as the events on January 6th unfolded. Even now, many of us are still trying to come to grips with the reality of what happened.

Perhaps the most jarring thing amidst all the rage and violence were the signs and banners of “Jesus Saves” and “Jesus 2020,” strewn together with longstanding symbols of hate such as the Confederate flag and a noose hanging from a gallows. Of particular interest to Adventists should be the article that talked about finding a copy of The Great Controversy in the debris of the day’s chaos indicating our presence in that space.

There are many who lay the blame squarely on the shoulders of the current United States president—but to do this would be to utterly excuse a broader group of people who contributed to an environment in which such events could occur. Some are in the United States, to be sure, but I want to focus here on the culpability of all of us Christians around the world, for even here in Kenya, America’s religion and politics affects us and has shaped us.

The opinionation of Christianity

As an outsider, albeit one who spent a decade of her life in America, it has been remarkable to see the subtle and steady infiltration of politics into the church in America and around the world. It has morphed to the point where Christian identity is now synonymous with certain political affiliations, and the two are so interchangeable that attacking one is tantamount to attacking the other.

This marriage has been strengthened by years of a constant diet of hate and intolerance from pulpits, financial support from members, vocal support from churches and insistent focus on prophecy and righteous piety. All of this has birthed a sense of privilege and entitlement amongst a number of Christians. Many think their views and only their views are right, and any challenge or questioning of those views is tantamount to blasphemy and thus, must be terminated.

This piousness and religious superiority is one reason why it is easy for some of the Christian faith around the world to align themselves and justify heinous actions against those that are “other” than them. Though we are right now focusing on the past week’s events, rage and hate and violence witnessed are not new. Christians have been at the forefront of attacks against Muslims, reproductive health clinics, members of the LGBTQ communities and others. When asked about why these groups are deserving of their ire, the answer inevitably ties to Christianity, and their right to be the executors of justice on behalf of God.

This was also put on display during the summer of 2019 when Christian leaders in the United States condemned protests following the senseless murders of unarmed black men and black women and even justified the use of force used against the protestors with nary a thought to their longstanding pro-life stance.

Interestingly, conservative Christians’ usual passion to protect the life of the unborn didn’t translate into a similar passion to protect other lives, when they defended the unwarranted shootings of unarmed people of color—an ironic erosion of the value of the “other”.

Influence in the world

It is important that you understand how the confluence of American politics, religion, and identity have influenced Christianity, not just in America but also in other parts of the world. While these events may have seemed isolated to the United States, there have been cases of violence reported outside the United States that can be tied to what has been happening there. Consider, for example, the well-known killings of LGBT+ people in Uganda, proudly stoked by American evangelical anti-gay activists.

In Kenya, the confluence of religion, identity, and politics exists, albeit in a slightly different fashion. There are no definitive party lines to be drawn, because the lines are fluid, but there is a definite association and strong alliance with American right-wing ideology. Many are steeped in the belief that this ideology is inherently godly. This thinking is manifested in the fervent rejection and vilification of any challenges to their ideology.

Sadly, because most of this ideology goes mostly unchallenged by the church leadership in America, and is adopted by leadership in lower ranks, it has pervaded into the churches at the lowest levels and has developed very deep roots. For example, like the General Conference leadership, most Adventist church leadership in Africa has taken a passive stance on matters of social injustice, and their voices are silent even when there are loud cries from those of other faiths.

God asks us to stand up for those who are most vulnerable amongst us. Why don’t we?

Perhaps what is most disheartening about those that use violence against the “others” of these groups, as an instrument to defend what they erroneously believe, is that they forget the most fundamental of scriptures, the scriptures that are the very foundation of the Christian faith.

For example, as Olive Hemmings has pointed out, it is not simple enjoyable activities that are condemned in Isaiah 58 when God warns against doing our own pleasure on the Sabbath. In the context, that “pleasure” is injustice to one’s workers. It is not by accident that the center of this treatise on worship activities such as the Sabbath fast is God saying,

Is not this the kind of fasting I have chosen:
to loose the chains of injustice
and untie the cords of the yoke,
to set the oppressed free
and break every yoke?
Is it not to share your food with the hungry
and to provide the poor wanderer with shelter—
when you see the naked, to clothe them,
and not to turn away from your own flesh and blood?

Even Christ’s mission, as articulated in Isaiah 61, repudiates social injustice, which encompasses a selfish capitalism, nationalism, and the other evils that have come to be associated with those who wrongfully claim His Name.

Again, every Christian knows John 3:16, an expression of personal salvation as a gift of God. Yet the 17th verse, a continuation of the previous one, is typically ignored.

For God did not send his Son into the world to condemn the world, but to save the world through him.

This passage doesn’t seem to be as meaningful to Christians, because it forces them to understand that condemnation was never part of the Savior’s mission. We seem to have an affinity for condemnation of the “other” that springs from our incipient tribalism.

A time of reckoning

The airways since that fateful January 6th have been filled with questions of how we got to this point. It would seem everyone has an idea of where the blame should lie. But those of us who profess allegiance to God over all must admit that our quiet, subtle and sometimes not-so-subtle acceptance of nationalism, homophobia, xenophobia, bigotry, racism, white supremacy, and other kinds of societal and moral ills have led us all here.

These are not ills that are confined to America but rather evils that have found their way to other parts of the world in different forms that are just as deadly. As American Christians come to a reckoning on their role in the breeding of hate and violence that led to insurrection, we around the world must also have our own day of reckoning. We must examine how our passive actions and silence have bred hate and intolerance within our own shores.

And just because our hate and intolerance hasn’t been placed on display as those at the American capitol does not mean that we are any better than those who must now reap that which was sown.

And the King will answer and say to them, ‘Assuredly, I say to you, inasmuch as you did it to one of the least of these My brethren, you did it to Me.’

But this passage is about more than what is done. It is just as much about what is not done.

We must be as careful about what we do not do as of what we do—what we ignore, what we inadvertently sanction by our silence and inaction.

We cannot claim ignorance any longer. We must take this as a wake-up call to examine ourselves, to rid ourselves of our hold on unkind laws that make the Savior into our own image: someone rigid, angry, expecting the unattainable. Instead we must present Him for who He is: our warm and loving Savior who gave His life for us all—black, brown, white, immigrant, Muslim, lesbian and gay, poor and rich, male, female and everyone in between.

James Baldwin put it this way in The Fire Next Time:

I imagine one of the reasons people cling to their hates so stubbornly is because they sense, once hate is gone, they will be forced to deal with pain.

And make no mistake, there is pain to be dealt with. The pain that we all are indeed created truly equal, the pain that it is our pride and feelings of superiority—and not our good nature—that are at the heart of all we do, and most of all the pain that we are no better than those we hate the most. The question is, are we ready to accept these hard truths and be truly and completely set free by the Savior’s love? 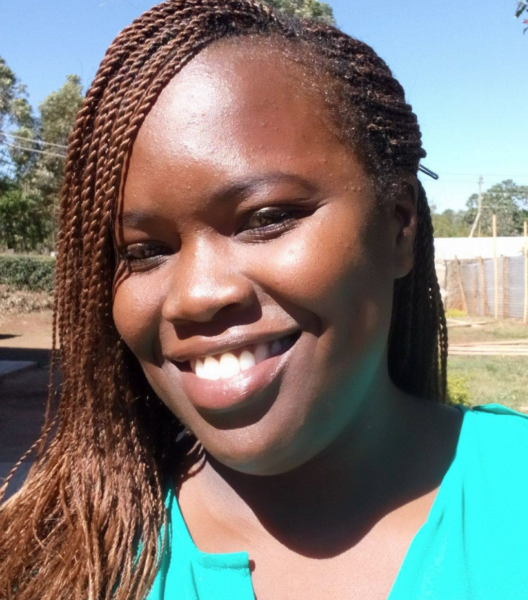 Jeanne Mogusu is a native of Kenya who is passionate about preaching the gospel to all the world. She holds an MDiv from the SDA Theological Seminary, and a PhD in Urban and Regional Planning from Jackson State University.