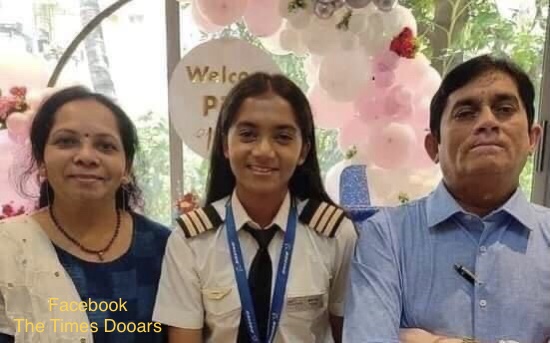 24 September 2021 | Maitri Patel, a graduate of Metas Adventist School in Surat, Gujarat, India, has become the country’s youngest commercial pilot at the age of 19.

India Times reported that Patel’s father is a farmer and her mother works in the health department of Surat Municipal Corporation.

Instead of saving for her wedding, as is often the custom in India, Patel’s father invested in his daughter’s education, later sending her to the United States to complete her pilot training.

“Despite not being financially strong he enrolled Maitri in an English medium school and sold a piece of his ancestral land to pay for the flight training course fees,” reported India Times.

“I completed the training in 11 months and called my father to come to the United States, and then I flew at an altitude of 3,500 feet. It was like a dream come true for me,” said Patel to India Today, “I was only 8 years old when I saw an aeroplane for the very first time and that was the moment I decided that I wanted to become a pilot.”

“Maitri Patel is an ideal role model for millions of girls,” said India Times, reporting on her success.

Metas Adventist School is an English-language Seventh-day Adventist school that has served Surat since 1942. Its mission is “To touch lives and to transform people by teaching, by healing and by creating a better community for man and God.”