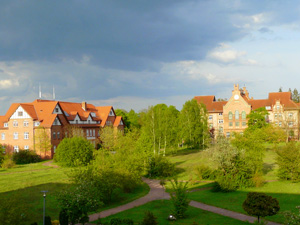 From News Services, March 18, 2016:   The governing body of the Adventist denomination’s Swedish Union Conference voted Sunday (March 13) to end the ordination pastors. Instead, Adventist ministers in that country will receive a commissioned minister credential. The reason for this decision is to ensure that men and women in pastoral ministry are treated equally, according to a statement on the Swedish Union Conference Web site.

The new policy avoids a possible discrepancy between Swedish employment law and the practices of the Adventist denomination. While the decision was prompted by a long-standing Adventist belief in “a spiritual climate which encourages all members to respond to God’s call to take advantage of the gifts of the Spirit to the church,” the decision has set the union conference outside the framework of the denomination’s General Conference (GC) working policy, according to the Trans-European Division (TED) report on the Swedish vote.

“In Sweden, this unequal treatment [as defined by the GC] is perceived by many as unethical and discriminatory … which may undermine confidence in our message,” the union conference explained in a letter about the decision. Adventist leaders in Sweden have spent more than 40 years in Bible study regarding leadership in the church by women. This study has found that both the Bible and the Adventist heritage in the writings of Ellen G. White confirm that women are called of God to spiritual leadership in the church. The letter also pointed out that since 1975, GC policy has permitted women to be ordained as local elders and to conduct baptisms, weddings, communion and other pastoral functions.

Every union conference president across the TED has expressed support for the role of women in ministry over the years. The TED executive committee during its 2015 annual meeting voted a statement on this topic. TED and union conference leadership also met with female pastors and administrators throughout the Division last fall at three regional meetings in the United Kingdom, Denmark and Hungary. During these meetings denominational leaders in Europe listened to the stories, struggles, joys and commitment of women serving as Adventist ministers. There is a commitment among European Adventist leaders that women will continue to serve in pastoral ministry.

The Swedish Union Conference vote follows similar decisions in Norway and Denmark. Also yesterday (March 17) the theology faculty at Friedensau Adventist University in German released a statement on ordination which they began work on last year.

The Friedensau statement points out that in the New Testament, “ordination” is a ceremony in which church members are commissioned to lead ministries and not related to status as well as “independent of gender” as specified in Romans 16:1, Philippians 4:2-3 and Galatians 3:28. And it points out that current ordination policy in the Adventist denomination has made it a matter of status “shown by the fact (1) that women may perform virtually all the functions of a pastor but without being ordained for their task, and (2) that only ordained officeholders may ordain others.” Ordination to status is generally understood by Protestant historians as a concept that the papacy borrowed from secular Roman society and instituted in the church after the first Christian emperor of Rome.

The statement pleads for the denomination to return to a New Testament understanding of ordination despite the vote last year at the GC Session in San Antonio affirming the traditional view. Dr. Stefan Höschele, dean of the theology faculty, said in a letter to Adventist Bible scholars and administrators around the world, ” We look forward to reactions and will be happy to continue communicating with you on this subject.”

The problems that the policy denying ordination to women creates for the Adventist mission in Europe were also mentioned. And it is pointed out that the New Testament respects culture, but always in a way “not to constrain the opportunities for communication of the gospel,” citing 1 Timothy 2:11-12, 1 Corinthians 11:4-16 and 14:34-40.

Adventist leaders from Germany and other parts of Europe had the opportunity to express their concerns to Pastor Ted Wilson, GC president, at a meeting on March 8 in Frankfurt, it was reported yesterday by Spectrum, the journal of the largest association of Adventist academics. The journal stated that Wilson’s comment on the meeting on his Facebook page was positive, quoting him as writing, “The Holy Spirit was very much present as we prayed together and discussed many things.”

The Spectrum report ended with the fact that “the specifics of the ordination discussion … in Frankfurt have not been disclosed” and the observation that “the open dialogue on the generally contentious issue reveals a collegiality not seen prior to San Antonio.” And, “there is no indication … that German leaders were asked to walk back their recent actions on women’s ordination, suggesting a possible furthering regional autonomy on the issue.”