Adventists in Africa Deal with the Pandemic 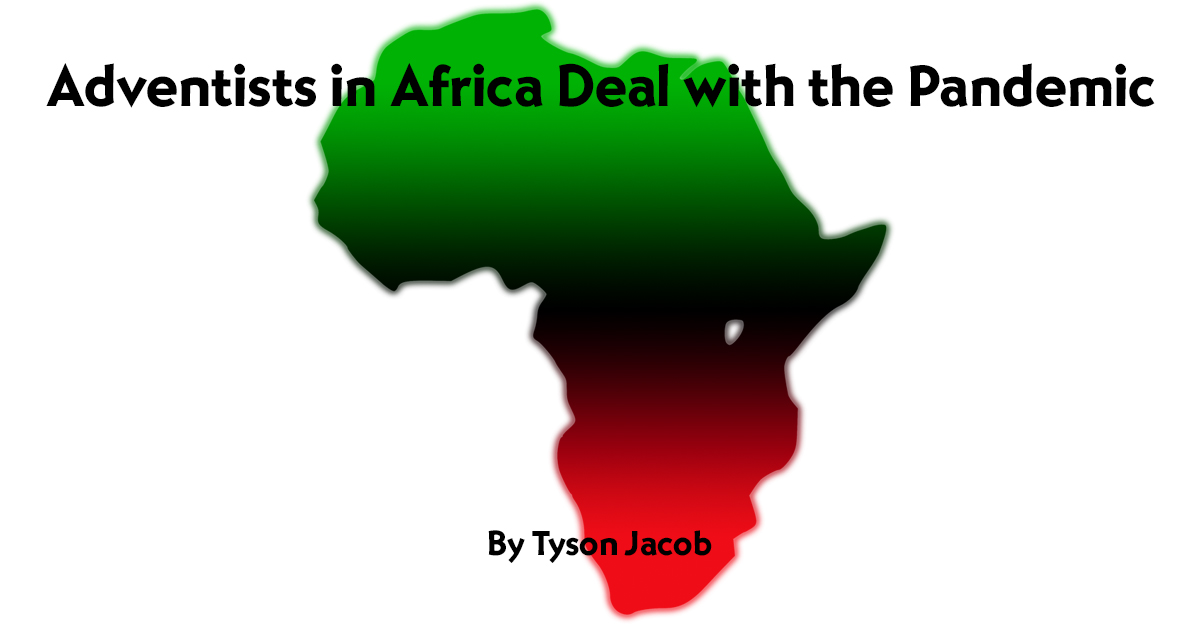 Since the COVID-19 pandemic arrived in Africa, things have changed more than this generation has ever witnessed. Change in customary ways of greeting has been difficult for the majority, as well as the idea of work from home. Adventist churches have adopted the guidelines from health officials in their respective countries, and denominational leaders have directed members to stay away from gatherings that would pass the virus.

The government order closing all schools until further notice came just as the Adventist University of Arusha was registering students for the new semester. As of 3 April there has been no announcement of online classes.

Adventists across Africa have shared stories with Adventist Today. DeMi Tours, a tourism company owned by an Adventist couple based in Arusha, Tanzania, achieved their “dream of a lifetime by starting our own company” in February 2020.

“We had our first clients in March and little did we know these were the first and last clients for this year in light of this COVID-19 global pandemic. Our first clients came from Israel, and by the time their trip was starting COVID-19 was already in Israel. Most clients from Israel canceled, but ours managed to travel and had a great time. We thank God. Looking at the trend of the spread of this virus, we do not expect to do any business this year.” Other Adventists who operate small businesses in Africa face similar problems and many who are employed face lay-offs.

Tusekile Mwakalundwa told Adventist Today that hospitality businesses have been hit hard. “Five-star hotels are giving discounts up to 80 percent,” reported Mwakalundwa, an Adventist in Arusha working for an international tourism company.

Pamera Shimechero from Masaaki English Adventist Church in Dar es Salaam, Tanzania, told Adventist Today that Adventist friends in Nairobi, Kenya, told her they are taking precautions. “They are … airing church services on YouTube and they have a well coordinated system to update their church members.” A smaller than usual number of members are attending the church services on site.

Dr. Pascal D. Kang’iria, an Adventist who worships at the Arusha Central Adventist Church, is a clinical officer and psychiatric specialist who recently relocated to Engorora Health Center in the Kisongo community. Engorora Health Center is the government’s official quarantine facility in Arusha, but Kang’iria told Adventist Today that he had not yet received any virus cases. “When we receive a case, other services are supposed to be stopped and only that case is to be attended … but for the meantime we continue attending other patients.”

The most recent report that Adventist Today has accessed in Africa indicates that the COVID-19 virus is reported in 46 countries, and 8 are virus-free, with more than 1,400 confirmed cases across the continent. A number of African nations have imposed a range of prevention and containment measures against the spread of the pandemic.

President Cyril Ramaphosa of South Africa has declared a national state of disaster. President Uhuru Kenyatta of Kenya announced the first case of recovery from COVID-19 and said, “I am pleased to announce that numerous other suspected cases are negative after testing. This is a clear indication that we can and we will beat the virus.”

Adventist denominational officials have been responding to the pandemic in various ways. For example, a letter from Pastor Godwin Lekundayo, president of the Northern Tanzania Union Conference, on 20 March, asks local churches to follow the instructions from the national Ministry of Health. He then writes, “Let us all pray for our church in Tanzania and the world, trusting that he can cure not only corona virus but also all other diseases.” In a YouTube video Lekundayo urges his members not to go to Wednesday prayer meeting and Friday vespers and only the morning hours on Sabbath.

At the Arusha International Adventist Church the worship service on the 21 March Global Youth Sabbath was conducted outside to maintain social distancing. There was no fellowship meal and worshipers headed home for the rest of the day.

Pastor Mark W. Marekana, president of the South Tanzania Union Mission, has circulated a video through social media online urging his members to take precaution and follow the health guidelines to stay safe in this great pandemic.

In Kenya the denomination has told its members not to attend gathering at local churches. Online services are being provided via YouTube.

Initially there has been a lower percent of infections in Africa compared to other areas around the globe and this has given rise to several popular opinions among Christians. (1) Africa is not as sinful as other countries who are hard hit. (2) African bodies are stronger and resist the virus. (3) The grace of God is in Africa and God is still holding the continent in His hand.

Analysts report that, in fact, Africa could be the most affected continent because of how careless many people are with public health guidelines and the high percentage of poverty. Many workers cannot afford the basics for working from home. There is much small business that operates in the public market spaces, not in facilities of their own.

Tyson Jacob is the Africa correspondent for Adventist Today based at the University of Arusha in Tanzania.