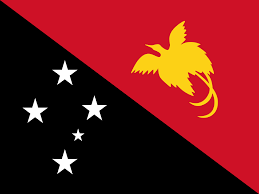 May 23, 2016:    Despite pressure in the media, intimidation and even personal threats, student leaders at Pacific Adventist University (PAU) in Papua New Guinea have maintained a strong stand against getting involved in the national political crisis and refused to join the boycott of classes at the four public universities. Adventists “should be very proud that there are numerous young people who maintain their convictions under pressure and influence others to act positively in a time of crisis,” Dr. Ben Thomas, the president of PAU, told Adventist Today.

On May 2, the students at the University of Papua New Guinea began a boycott of classes to attempt to force the nation’s prime minister to resign. In the following days the students at the three other public universities in the country joined the boycott. Leaders of the Student Representative Councils at these four schools have also put “intense pressure” on the student leaders at the two private universities to join in.

Despite the pressure, “not one demonstration took place at PAU … not one rally [and] not one class was canceled,” Thomas stated. The PAU “administration is very proud of the behavior of the students under such difficult circumstances.” He affirmed the officers of the student association.

The PAU Student Association did convene two meetings where students had “an open and frank exchange of ideas” and a half day forum where expert guest speakers outlined and explained the specific challenges facing the nation. These activities helped the student body remain united in a neutral stand outside the national boycott.

Adventist Today on Thursday (May 19) reported erroneously that there had been a demonstration at PAU and yesterday corrected the original story. That false report was the result of misunderstanding a public statement about the student boycott which was distributed through an international news service by PAU.

Thomas explained that the press release was part of several steps that the PAU administration took to assure the safety of its students. About 750 students live on campus and more than 300 additional students commute daily from the city for classes. In addition to the public statement of PAU’s position regarding non-participation in political agitation, the university provided security escorts for bus service, requested police presence at bus stops in the city and allowed students who live in the city to stay on campus overnight.

Ten percent of the population in Papua New Guinea identifies with the Adventist faith according to government census data. That is 25 times the rate in the United States, for example, and means that Adventists have a visible and significant role in the Pacific nation’s culture and public life.

The Adventist denomination is working to encourage its members and all citizens to make up their own minds about public issues and participate in appropriate political activities such as voting, while at the same time maintain the separation of church and state. It seeks to keep church-related institutions and groups from taking sides on political issues or making public statements in favor of one side or the other.