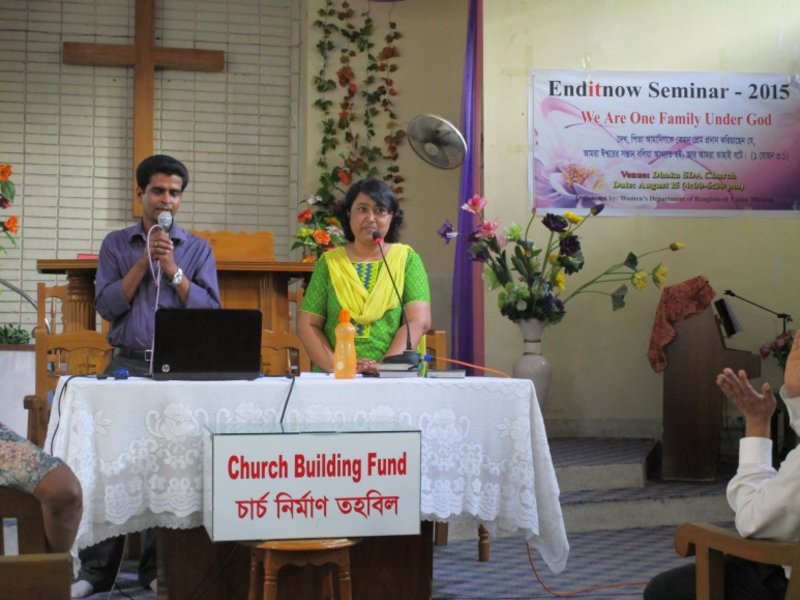 From ANN, August 26, 2015:   Adventists in Bangladesh recently responded to the challenge of domestic violence, which is considered a national concern. Leaders from the Bangladesh Adventist Union Mission (BAUM) as well as the Dhaka Seventh-day Adventist church offered a one-day seminar about domestic violence on August 15. A crowd of approximately 300 participated in this enditnow initiative. 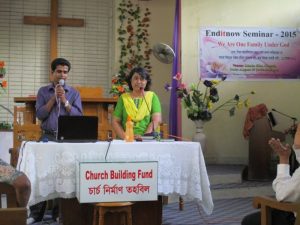 According to the Violence against Women Survey 2011 (VAW) produced by the Bangladesh Bureau of Statistics in partnership with the United Nations Population Fund, 87% of women in Bangladesh have experienced some form of domestic violence within the home—either physical, psychological, sexual, and/or economic which involves finances as a method of control.

“Violence should not be part of the home as we are one family under God,” emphasized Mahuya Roy, BAUM Women’s Ministries director during one of the seminars. “Instead, we must love each other and help each other as God loves us so much,” she concluded.

The focus on youth was an important addition because the VAW statistics revealed 41.8% of girls aged 10-14 and 34.3% of young women aged 15-19 in Bangladesh are victims of sexual violence.

Organizers feel the seminar provided participants with vital information that could not only benefit them but their family, friends and neighbors who are affected by domestic violence.

According to a statement by the Women’s Ministries department of the Seventh-day Adventist denomination, “enditnow is a global campaign to raise awareness and advocate for the end of violence against women and girls around the world. It aims to mobilize Adventists around the world and invites other community groups to join in to resolve this worldwide issue.”

Bangladesh is a southern Asia country bordered by India, Myanmar and the Bay of Bengal. Approximately 90% of its more than 150 million residents are Muslim. Bangladesh is one of the 14 countries within the Southern Asia-Pacific Division of Seventh-day Adventists region. There are more than 28,000 Adventists worshiping in 121 churches throughout the country. In addition, the Adventist church operates one dental clinic, 158 elementary schools, nine secondary schools and one college.