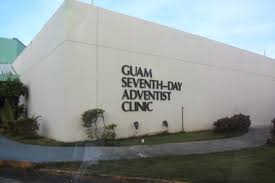 August 12, 2017:       In a rare Sabbath news release the Adventist denomination’s North American Division president, Pastor Dan Jackson, issued a public statement asking believers across the United States, Canada and Bermuda to pray for the residents of the Pacific island that has been threatened in fierce exchanges between North Korea and the U.S. in recent days.

“I would like to let our members and the citizens on the island of Guam know that our concern and prayers are with you,” said Jackson. “We take solace in the words of Mark 13:7: ‘When you hear of wars and rumors of wars, do not be alarmed’; and Matthew 28:20: ‘And remember, I am with you always, even to the end of the age.'”

“Please know that the people of the Seventh-day Adventist Church love you. We know that God is present in trying times, just as He always has been and will continue to do so. We join you in praying for the governments of the United States and North Korea to find a peaceful solution to their differences.”

“I would like to ask all of our 1.2 million members in the division to join in a special prayer of solidarity for those living in Guam and Micronesia. The Guam-Micronesia Mission is an important part of our North American Division family and during times like these we need to come together in support of our family. Please pray for the members of our churches and the pastors who minister to them; pray for the student missionaries and volunteers who work in the schools and clinics throughout the mission; and pray for the more than 400,000 people living in the mission territory.”

Guam and Micronesia are the American territories closest to the Korean peninsula. They were added to the NAD in recent years.

“We put our faith and trust in God, knowing that He is our eternal Shepherd, Protector, and source of strength,” Jackson concluded.