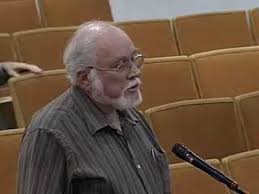 From a News Release, 18 February 2020  | Erwin Mack, first elder at Sligo Adventist Church in Takoma Park, Maryland, was recently honored by the city council for bringing faith communities together to work with business leaders in order to improve the city. In a proclamation, Mayor Kate Stewart referred to Mack as one of the most influential people in Takoma Park over the last 40 years.

Takoma Park is the town in the suburbs of the United States capital where the denomination’s General Conference (GC) was located from 1907 to 1989, and Washington Adventist University (WAU) continues to be located. A survey of the community conducted in the 1990s found that about 15 percent of the residents identified themselves as Adventists, as compared to a national average of one-third of a percentage point.

Mack is also known for his efforts in pedestrian safety, including the installation of safety fencing in areas considered dangerous. He served for a number of years as chair of the Montgomery County Pedestrian, Bicycle and Traffic Safety Advisory Committee.

Another achievement of Mack’s, which brought practical benefits to many in the area, was petitioning the United States Postal Service to change a zip code. The changed allowed a number of businesses operating in Takoma Park–but with a Prince George’s County address–to finally have Takoma Park in their address.

Sligo church leaders and members are proud of Mack’s outstanding achievements in the community, his commitment to practical Christianity and his untiring work to advance community interests in numerous ways.

Although the GC buildings have all been sold, Takoma Park continues to be the home of seven Adventist churches and Takoma Academy, a K-12 Adventist school which serves families throughout the metropolitan area. Sligo Church is located on the campus of WAU. Washington Adventist Hospital, which shared a campus with the university for more than a century, recently moved five miles away to a new facility in White Oak.

The photo shows Erwin Mack speaking to the city council of Takoma Park, Maryland. He has become the most well-known Adventist spokesman in the community where the denomination’s leading institutions have been located for about a century.