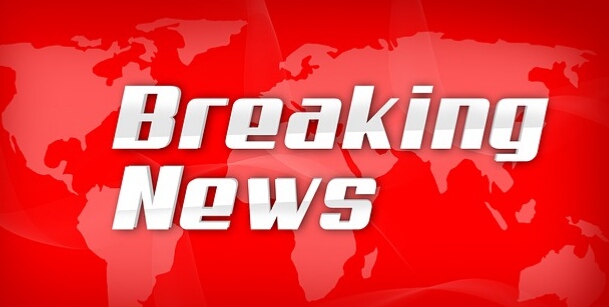 10 October 2018 | The governing board of the Seventh-day Adventist denomination is the General Conference (GC) executive committee. Its annual meeting begins Thursday evening with the opening session of a leadership training event that will continue through Sabbath afternoon. The first business session will begin on Sunday morning. It is scheduled to continue through Wednesday morning next week.

Usually this yearly session convenes in the auditorium at the GC office in Silver Spring, Maryland, a suburb of the capital of the United States, Washington, D.C. This year it is being held in Battle Creek, Michigan, where the GC office was located until it moved to Washington in 1903. Pastor Ted Wilson, the GC president, has grown a beard and urged others to do the same, evidently to recall the typical appearance of many of the members of the committee more than a century ago.

The most widely discussed item on the agenda is a revised proposal for achieving “unity” through a “compliance” mechanism that would pressure the denomination’s Union Conferences to implement GC decisions. The original proposal was presented a year ago at the 2017 Annual Council where it was voted to return it to the committee that authored it for further revision. It is entitled “Regard For and Practice of General Conference Session and General Conference Executive Committee Actions.”

This item got started because the GC Session in 2015 voted against allowing each of the 13 continental Divisions of the denomination to make separate decisions on the issue of extending to women ordination to the gospel ministry, even though a number of Union Conferences had already begun to do so. The issue dates back at least to 1881, when the GC Session recorded a resolution permitting the practice, although it was never fully implemented. Discussion of this issue began again in the early 1970s and continues to be a divisive topic despite the fact that at least three major committees of the denomination’s top Bible scholars have studied it and each time there was no consensus to prohibit it.

Since last year’s Annual Council the chair of the committee that developed the proposal, Pastor Tom Lemon, a GC vice president, has resigned; the committee has continued to work on the document; and several different versions have been circulated. The GC administrative committee went ahead and appointed five “Compliance” investigating committees, widening the plan to include a number of other issues, evidently anticipating approval of the plan this year. But, last week the GC and Division officers met and voted to recommend the latest version with a very close vote; 32 yes, 30 no and 2 abstained, according to SpectrumMagazine.org, the web version of the journal of the Association of Adventist Forums, the largest organization of Adventist academics.

Adventist Today has published a number of news reports and opinion articles on this issue, including official expressions of concern by a number of Union Conference executive committees. The Union Conference is an entity created by the denomination in 1901 as the young movement grew to the point that Ellen White, the most notable cofounder of the Adventist faith, told the GC Session that God wanted the authority of the GC to be less centralized and many items delegated to these new organizations. The Union Conferences are the constituent members that make up the General Conference, so there are fundamental questions about which way authority runs, bottom-up or top-down. And among the items delegated to the Union Conferences is the decisions about ordination.

The membership of the GC executive committee is largely made up of delegations from the 135 Union Conferences around the world, although the GC officers are also members as well as representatives from GC institutions, such as Andrews University and Loma Linda University. But the 135 Union Conferences are not all the same. Many, like those in North America, are “constituency-based” organizations, meaning that they are governed by delegates from the local conferences in their territory. Others are “union of churches” organizations in part of the world, such as Europe, where the local conference and union conference structures have been merged in some nations with relatively few Adventists. Yet others are “union missions,” meaning that they are governed by the GC Division in their part of the world and they get some of their funding from the GC.

The “unity” proposal, the “compliance” committees and the related issues are straining the actual unity of the denomination. In many places in North America, a day of fasting and prayer has been announced this coming Sabbath. Sources have told Adventist Today that there is disagreement at the highest levels in the GC and if the report by Spectrum is to be believed, that would certainly be evidence of such.

What Else Is on the Agenda?

The entire meeting will not be spent on the major issue. Other key policy decisions are on the agenda, some of them perhaps related to “compliance” although not labeled as such.

The language in Article III entitled “Relationships” in the Model Constitution for Union Conferences in the GC Working Policy, which states that “The purposes, policies and procedures of this union conference shall be in harmony with the working policies and procedures of the … General Conference of Seventh-day Adventists,” is proposed to be amended by also inserting “voted actions.” This is similar to language in the “compliance” proposal described above. The same amendment is proposed for the model constitutions for union missions, unions of churches, local conferences and missions.

A new policy on “Employment of Personnel” would, if voted, require people hired “in every capacity” be “members of the Seventh-day Adventist Church in regular standing … who exert a positive influence along spiritual lines for building up the work and who adhere to Church standards and principles in all facets of their lives.” This is specifically to “institutions” as well as conferences, which could create major issues of Adventist hospitals where the vast majority of the staff are not Adventists. If adopted, this would be policy E 03 in the GC Working Policy.

A revised version of policy L 20 will be considered, re-writing it so it is about “Ministerial and Theological Education” in general instead of specifically the “Seventh-day Adventist Theological Seminary.” It recognizes that the denomination has grown to have a number of graduate schools specializing in theology, Biblical studies and pastoral ministry. New language inserts “theological unity” along with retaining language for “sound scholarship in the fields of Bible and religious history.” Also, “special emphasis must be given to Seventh-day Adventist distinctive teachings and lifestyle.”

The charter for the “Financial Statement Review Committee,” bodies which have long been required to function at each level of the denomination’s organization on a yearly basis, is proposed to have two additional duties added to the four that already exist: (1) “Review [the] auditor’s Policy Compliance Report … for reported policy non-compliance with core financial policies … and discuss with management team their plans to achieve compliance.” (2) “Review auditor’s Audit Communication Letter for reported internal control deficiencies …”

In addition to these items, a new policy is being proposed entitled “Relations of Church Members and Church Institutions to Labor Organizations.” Adventists have long advocated on behalf of individuals who have a religious objection to belonging to labor unions. A report with a further analysis of this proposed new policy will be published by Adventist Today in the coming week.

Dr. Loren Seibold, the executive editor of Adventist Today, will be attending the meeting as a journalist and reporting each day on developments. His wife, Chaplain Carmen Seibold, an associate editor, will also be helping with the coverage, as will Bjorn Karlman, our news editor, from his home in the United Kingdom.