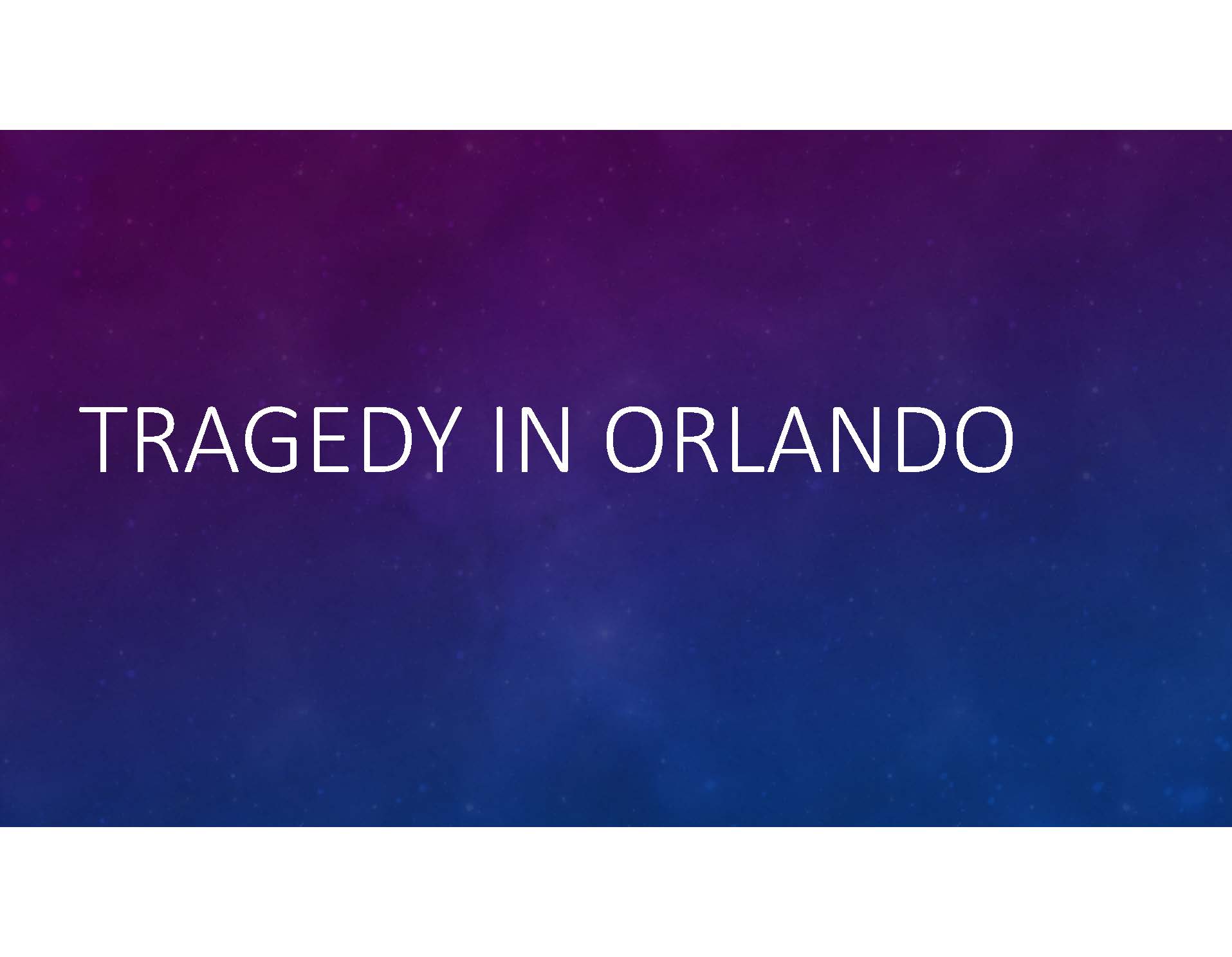 June 12, 2016:    After 50 people were killed and another 53 wounded in a mass shooting in Orlando (Florida) last night, “The Seventh-day Adventist Church is heartbroken as we mourn the loss of innocent lives in the deadliest mass shooting in United States history,” said Pastor Daniel Jackson, president of the denomination’s North American Division (NAD) today. “We strongly denounce the hate that led to this mass shooting. This type of senseless violence has no place in this country or in this world.”

The killings occurred when a man brought military-style assault weapons to a gay night club and shot randomly into a large crowd. Police are investigating to identify how this happened and what motives might be involved. The Federal Bureau of Investigation (FBI) has announced that they consider a “hate crime” under United States law.

“We extend our deepest condolences and prayers for the 50 people killed, the 53 wounded, their families, loved ones and friends. We also pray for the community of Orlando and the heartache and sadness they are experiencing as a result of this tragedy.”

“It is appalling that these lives were tragically cut short because of hate. We pray that God’s love will comfort and console the victims’ loved ones whose lives have become a nightmare overnight.”

“As Christians, we strongly believe that hate, for anyone, brother, sister, friend or enemy, comes not from God, but from the father of evil himself, the devil. We must condemn all expressions of hate, from speech to deadly violence. All of the women, children, and men in this world, regardless of whether they worship, live, or love like us, are children of God.

“We are assured that, in the end, love will win. We know that one day hate and evil will be no more. Until that day, we will continue to pray that communities in this world can live their lives without fear.” He quoted from 1 Corinthians 13:13; “And now these three remain: faith, hope and love. But the greatest of these is love.”

There are about 30,000 Adventists among the two million residents of the Orlando metropolitan area in more than 65 congregations. The denomination’s largest health ministry, the Adventist Health System (AHS), is also headquartered there. The Adventist University of Health Sciences, the multiple campuses of Florida Hospital and Forest Lake Academy are among the major institutions operated by Adventists in the central Florida city.

The statement was released by the NAD communication department.