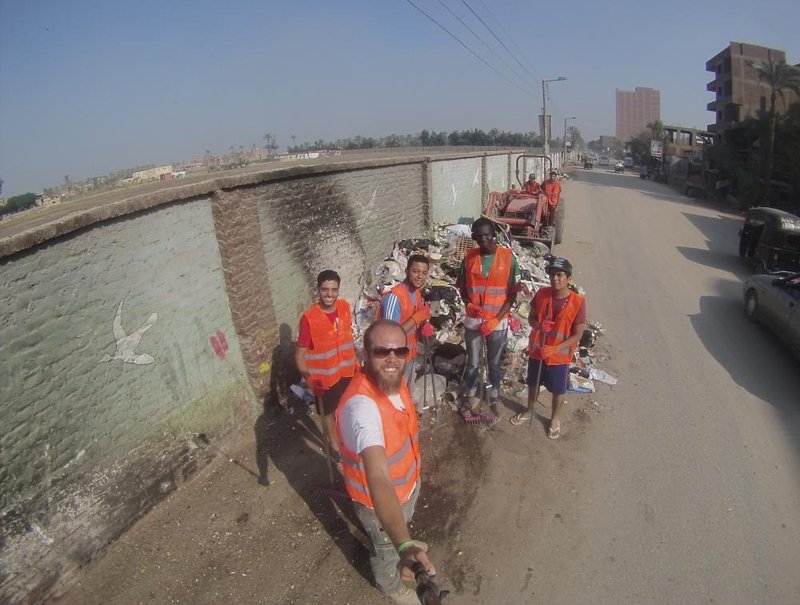 From ANN, December 16, 2015:    It is not unusual to see children romping in towering mounds of garbage on the dust-blown roads outside Nile Union Academy in Cairo, Egypt.

In some areas, the trash rises to a height of eight feet (2.5 meters) and burns day and night with a toxic smoke, choking the neighborhood.

But the scene has started changing over the past three months as students and faculty members of the Seventh-day Adventist school implemented an ambitious plan for waste disposal, recycling and environmental education in the community.

The results have stunned local residents and government officials, and other schools and municipalities in Egypt are now looking to the academy as a model for their own new programs.

“The No. 1 public health problem in Egypt today is sanitation,” said Ronylson Freitas, an Adventist and environmental management expert from Brazil who was brought in by local church leaders to tackle the garbage problem. “From the very beginning, I believed that the responsible disposal of waste would improve the daily lives of people.”

The garbage had grown to become not only an issue of physical well-being but also mental health, with people showing signs of depression from living amid the waste, church leaders said. But the local government lacked the financial and human resources to address with the mounting problem.

People living near the academy saw the well-cared-for campus and began to plead with school leaders to find a way to resolve the garbage problem.

At the request of the Adventist denomination’s Egypt-Sudan Field, Freitas first visited Nile Union Academy to assess the situation in 2014. He initially planned to visit Egypt every six months to engage in short, 30-day projects, but then he changed his plan.

“It seemed impossible to work on this issue only every six months,” he said. “Changing the mindset and culture requires time to build relationships, teach and working together daily.”

After extensive discussions with the Egypt-Sudan Field, Freitas and his wife, Brunna Freitas, decided to move to Egypt and establish an organization called Think Green.

“We saw not only the visible trash project but also a huge invisible opportunity to build bridges with the community, its leaders and government officials,” said Kleyton Feitosa, president of the Egypt-Sudan Field.

The first challenge was to clean up an area that ran 260 feet (80 meters) along the academy’s north wall. This was where piles of garbage rose to eight feet in height and emitted toxic smoke around the clock. The academy’s team charged into the task, picking away at the heaps every day for 10 days until they had cleared 240 tons of garbage. At the academy’s request, municipal trucks came regularly to cart away the collected trash.

Although neighbors had sought the academy’s help, they watched the efforts with skepticism at first, said Ron Clark, executive secretary of the Egypt-Sudan Field.

“But when the community saw the continuing commitment of Mr. Rony” as Ronylson Freitas is known — “to be out there with his team collecting the garbage for municipal trucks, local community leaders and members started recognizing the dedication of the team,” Clark said.

Many people living in the neighborhood have stopped tossing trash in the street, waiting instead for the trucks to arrive before bringing out their waste, he said.

Freitas spoke with delight about the joy of passing cars and pedestrians in seeing the cleanup workers make a difference. Some described the changes as a miracle.

“Cars pass by honking to demonstrate their joy and gratitude,” he said. “Some stop and people get out and see the cleanup work closer. Passersby shout their greetings.”

A MODEL FOR EGYPT

Local leaders are talking about finding funding to continue the cleanup. Freitas proposed that a playground for local children be built on the cleared land and a government official has approved US$32,000 toward the project.

Other schools and municipalities are looking to follow the example of the academy. Local public schools have asked Freitas to teach their students about waste management and recycling. They are impressed with a water heating system that Freitas built on the academy campus using recycled plastic water bottles and natural resources for generating thermal energy.

The Think Green team is now planning to build a meeting place, the Think Green Recycling Center, to raise environmental awareness through seminars and craft workshops with recyclable materials for the local community.

“Community leaders told me that our school is more respected now than ever before because of Mr. Rony’s humility and his efforts with the Think Green project,” Clark said.

That’s just what principal Richard Doss has been praying for.

“We want the academy to be known in the community as the place that environmental restoration began,” Doss said. “This project has opened new opportunities for us to be involved in the community.” 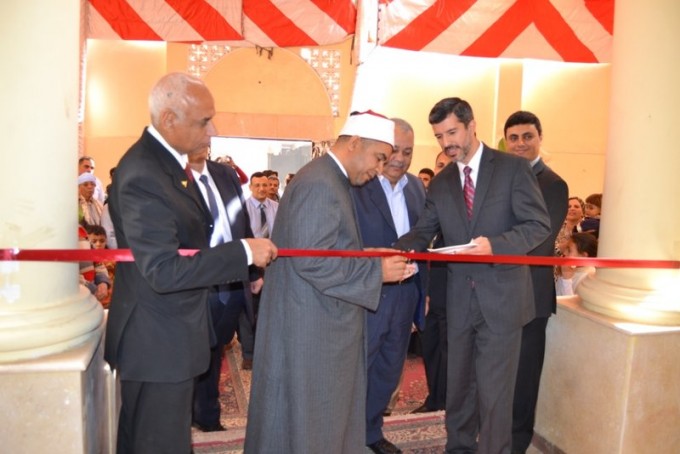