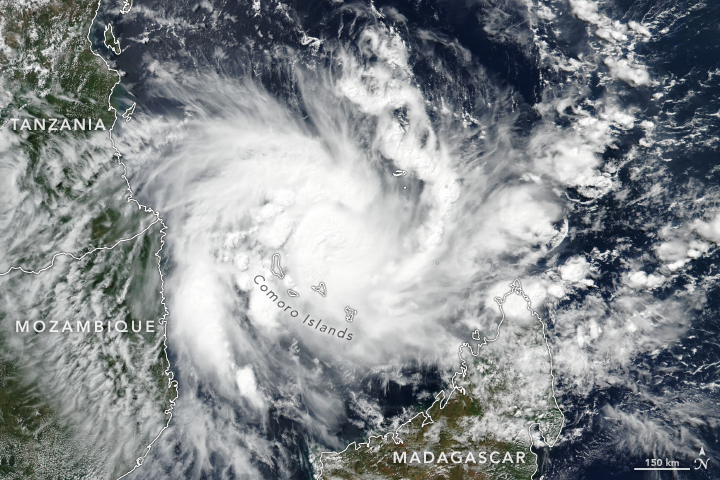 From ADRA – 25 April 2019 | Weeks after the nations of Mozambique, Malawi, and Zimbabwe started recovering from Cyclone Idai, the countries of Mozambique and Tanzania are being hit by another powerful cyclone.

Cyclone Kenneth, which intensified from a category 1 to a category 3 storm, with 140-mph wind gusts, is currently bearing down on the coast of northern Mozambique’s Cabo Delgado province. The storm, according to reports, may cause life-threatening storm surges and possible widespread flooding.

Local authorities have given warnings to communities to undertake precautions and keep safe from destructive winds and rising flood waters.

“Many of the population in Kenneth’s path have never witnessed these conditions, and without knowing the exact extent of the damage yet, if it is anything like the impact of Cyclone Idai, communities will need safe water and shelter,” says Mario de Oliveira, emergency management director for the Adventist Development and Relief Agency. “For farmers, support to recovery and building their livelihoods from destroyed crops will be needed.”

Kenneth also slammed the Comoro Islands, an archipelago with a population of one million people between the African mainland and Madagascar, early Wednesday, with wind gusts as high as 145 mph, according to the Weather Channel. The last time a hurricane-strength tropical cyclone affected the islands was on Feb. 17, 1996, when category 1 Doloresse passed about 40 miles to the west of the northern Comoro Islands. The deadliest storm was Tropical Cyclone Elinah, which killed 33 people and caused $23 million in damages.

ADRA is deploying emergency response teams to Mozambique, once the storm passes, to undergo needs assessments.

Give a donation to help people affected by Cyclone Kenneth and other recent disasters at ADRA.org/Disasters.

More information will be provided as it is made available.